I am trying to design a linear-phase FIR filter with the following frequency and phase responses: 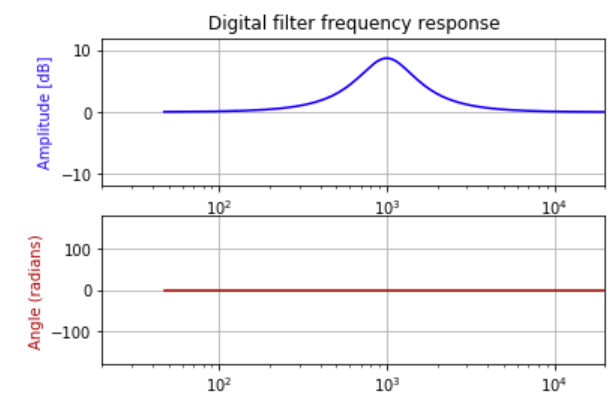 Given its characteristics (peak filter at 1kHz with 9dB gain and Q=7), I got the following IIR biquad coefficients:

I then computed the impulse response of that biquad filter and truncated it to 1024 taps. I got the following filter: 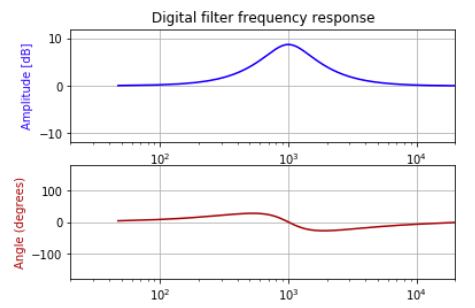 To make the phase of my FIR filter linear, I applied an FFT on its impulse response, I put the imaginary part to 0 and came back to time domain by doing an inverse FFT.

The final taps I got can be found there.

Now, when I plot the frequency/phase responses of this filter using Numpy/Scipy or Matlab, I get exactly the same plot as the one of my expected filter (see figure 1). But, when I apply this filter on a pink noise signal by convolution and measure the transfer function, I get this instead: 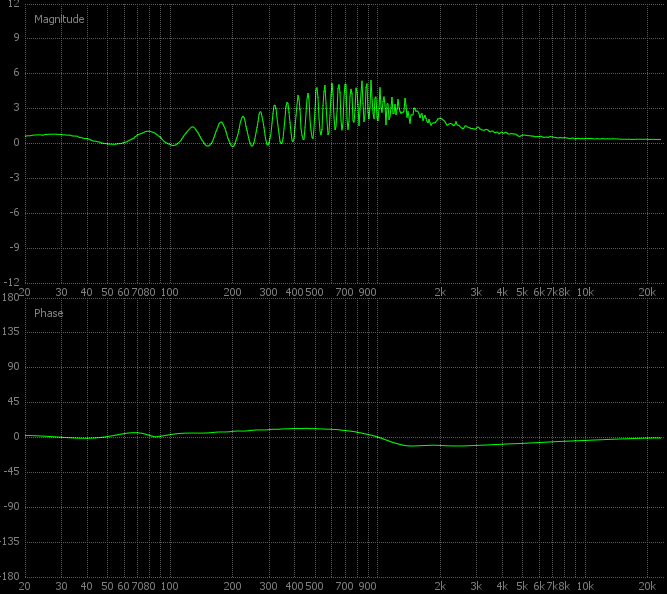 I am pretty lost here, I would assume that convolving my noise signal with my filter and measuring the transfer function would give me the same curve as the one I computed theoritically but it seems not to be the case (that is, in my mind, the definition of what convolution does).

So, what is wrong with my reasoning here? Why do I not measure the same frequency/phase response when calculating it and when measuring it after a convolution?

Additional question: for my FIR filter to have linear phase, I thought it should be symmetric (or anti-symmetric). Well, when I plot my 1024 taps, they appear to be pretty symmetric, excepted the first which does not have its equivalent at the end of the impulse response. Why is it so?

Explicitly making the imaginary part of your FFT coefficients 0 will change your magnitude response.

Setting the imaginary components of the FFT of a FIR filter to zero is not the way to make a linear phase filter with the same magnitude response as the FIR filter.

Added: Try using the magnitude of the complex valued FFT result instead.