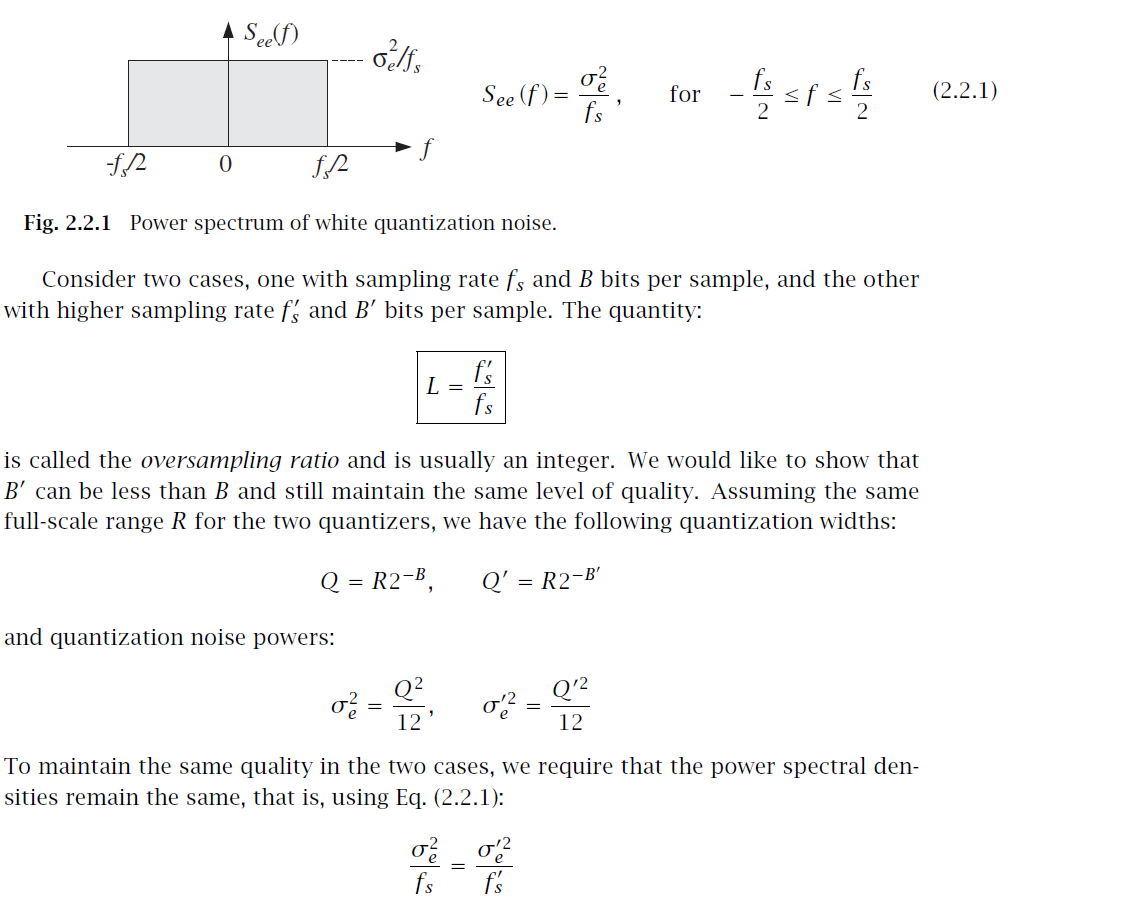 Why is not the integral of power spectral densities over the Nyquist interval not used, instead?

The oversampled version has more noise but that's outside the desired bandwidth and can be filtered out.

Let $x(t)$ be your continuous-time bandlimited signal, modeled as a WSS random process with a PSD of $S_{xx}(\Omega)$ in the band $\Omega \in[-W,W]$, $\Omega$ in radians per second.

For simplification reasons, the quantization error $e[n]$ is assumed to be an i.i.d., white-noise of independent (from $x[n]$ and itself at nonzero lags) WSS random process uniformly distributed in $[-\frac{\Delta}{2} ~,~ \frac{\Delta}{2}]$. Which, therefore has the PSD given by :

Notice, how I modeled the quantization noise process, directly in discrete-time, with a power spectral density independent of sampling period $T_s$. This means that whatever sampling rate is used to obtain the quantized samples $\hat{x}[n]$, the assoiced noise power at the discrete-time will be the same as $\sigma_e^2 = \Delta^2/12$ in the range $-\pi < \omega < \pi$. It only depends on the number of bits; hence the step-size $\Delta$.

However, the same is not true for the PSD of the signal $x[n]$. As the sampling rate changes, its PSD will scale both in amplitude and in the frequency band as given by the relation. Assume we employ $M$ times oversampling so that $T' = T_s/M$, then:

Now, if you lowpass filter the quantized oversampled sequence $x_o[n]$ and decimate the result back into its critical rate, both PSDs of $x_o[n]$ and $e[n]$ will be reduced by $M$, however, this will only revert PSD of $x[n]$ into its original, while reducing the equivalent noise power of quantization into $1/M$ of its original value, thus enabling one to use more bits to represent the original signal samples $x(nT_s)$.

Not the answer you're looking for? Browse other questions tagged analog-to-digital quantization or ask your own question.

4
What is “Maximum Quantization Error”?
0
Quantization error in sampling
1
Proper rounding when converting between digitized values and floating point
9
Quantization Noise for Coherent Sampling - Phase Noise?
2
How to adjust receiver gains to avoid saturation and quantization noise to optimise post digital processing?
1
confusion sampling vs quantization?
6
Using oversampling to increase resolution of a DC-signal as input