I'm currently working on a project that involves using an electron gun and it would be really nice to know the spot shape of the electrons coming out of the gun (the frequency of electrons at some x,y away from the center of the beam). Our current assumption is that the beam's spot shape is somewhat gaussian.

We have a picoammeter hooked up to a detector that outputs that current corresponding to the number of electrons that hit the detector. The detector is circular with some radius, R.

If I'm not mistaken, sweeping the beam and recording readings from the picoammeter will result in an matrix that is the convolution of the beam spot shape and a 2D step function that's 0 outside of R and non-zero inside R. I have looked through a few previous questions about deconvolutions related to images with a gaussian blur and it seems like this is very similar except the function is a step function instead of a gaussian.

I have tried using Matlab's conv2, FFT2, and iFFT2 functions to get the deconvolution as this thread suggests, but it produces something looking like this: 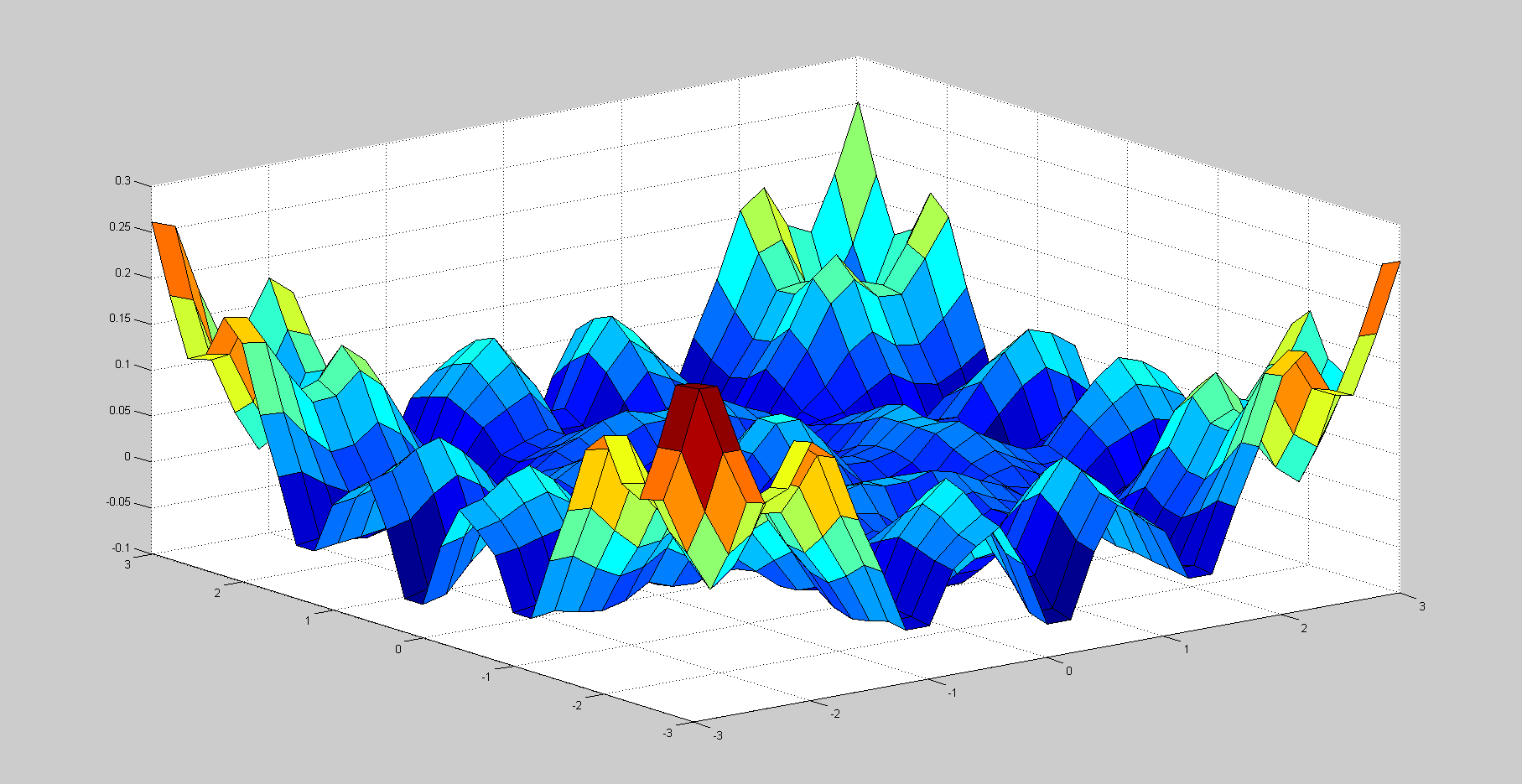 The code that produced this is:

Is there something inherently wrong with trying to deconvolves a step function? Also, I tried using the full convolution, but that seemed to produce an even weirder deconvolution...

Am I just going about this the wrong way? (I've included python because I would prefer to use python if a solution exists, but matlab is fine too)

Your method of deconvolving seems to work. Below is some Gnu Octave (more or less Matlab) code that implements your deconvolution.

Feed it two files that represent your target and your beam and it will perform a convolution of the two, then use your method to reverse the convolution.
The result shows the original two images, the convolved image, and the recovered shape of the beam.
The attached picture shows the results from my test.

The padding is a little off, so there's some wrap-around in the recovered image. The result is clear enough, though.

ETA: I got so busy looking at the details of the deconvolution that I forgot to mention your thoughts on the effect of scanning the beam across the target.

I agree that this is equivalent to convolving the beam shape with the target shape, so that I think you are on the right track to determining the beam shape - if I weren't convinced of that I wouldn't have bothered to check the deconvolution.

There's a few things that you will need to keep an eye on when you go to actually do the scan to determine the beam shape: 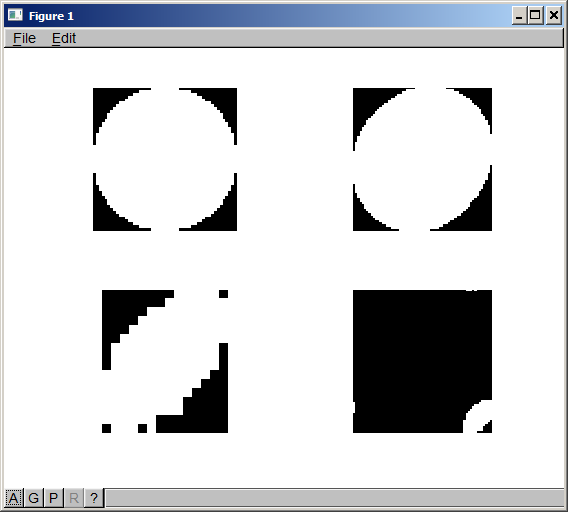 Not the answer you're looking for? Browse other questions tagged fft convolution or ask your own question.