How to approximate the transfer function of compensator using root locus?

This is how I did it: 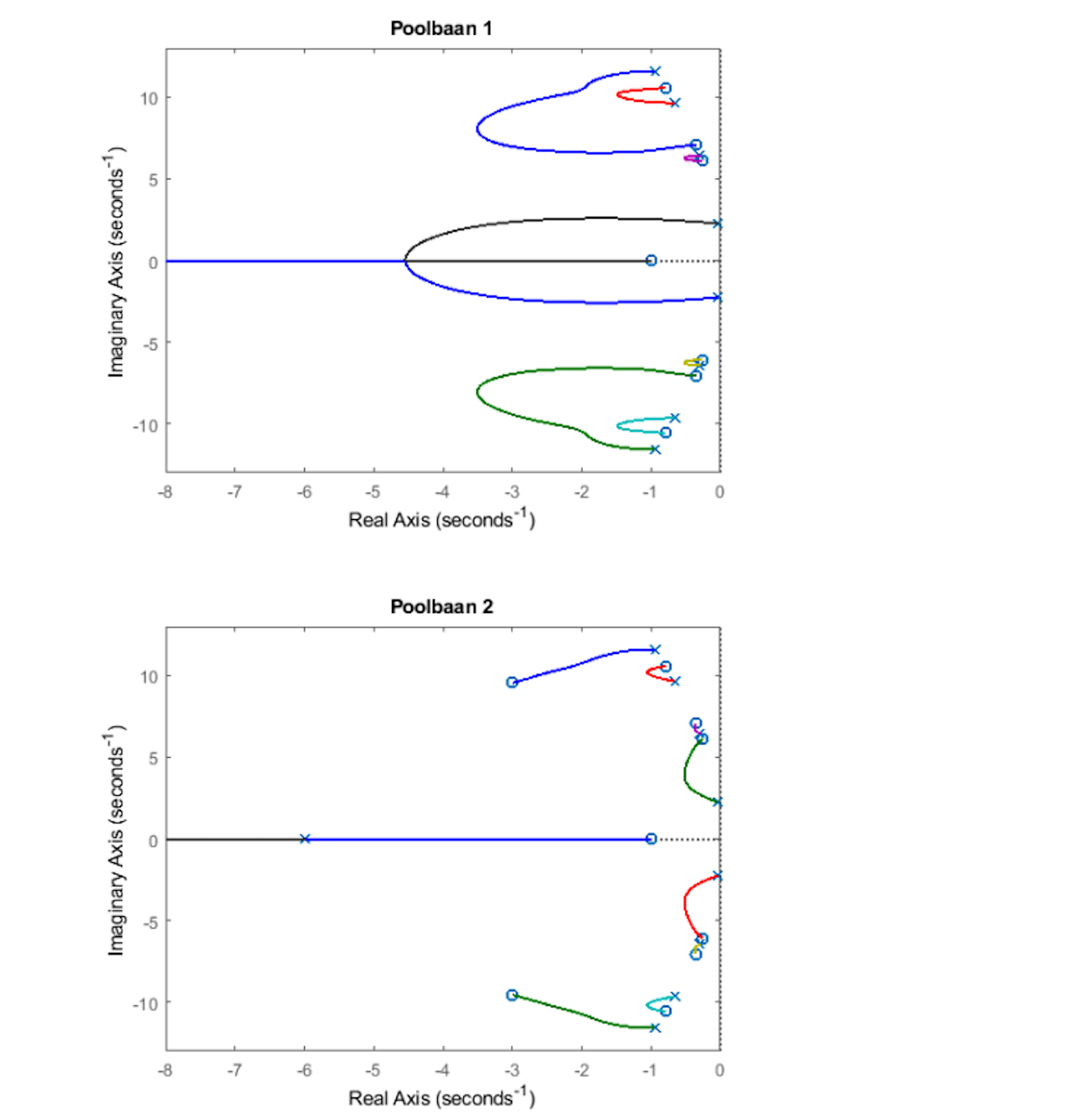 The second graph has two new zeros and one extra pole while contains all the zeros and poles of the first graph( system with no compensator), so the compensator looks like: $$G_c(s) =K \frac{(s-z_1)(s-z_2)}{s-p_1}$$ But what about the constant $K$ ? I don't know how to specify it.

This is because the general form for the closed loop and open loop gain in a general loop equation is related as: 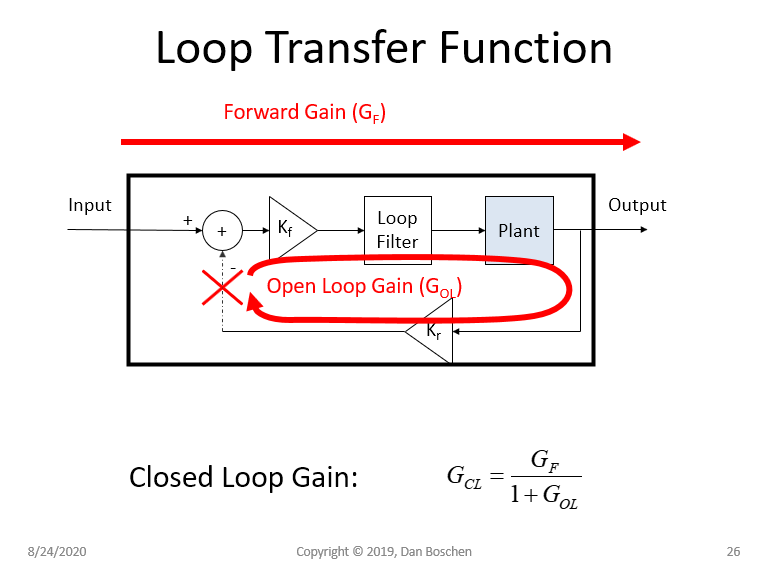 Where $G_{CL}(s)$ is the closed loop gain, $G_{F}(s)$ is the forward gain from input to output and $G_{OL}(s)$ is the open loop gain with the real gain $K$ pulled out as a independent variable that we will sweep when creating the root locus plot.

The denominator of the closed loop gain is called the "characteristic equation" and given properness of realizable causal systems (properness means the number of zeros is always less than or equal to the number of poles, not including poles and zeros at infinity), we can determine all loop characteristics (stability, dynamics, etc) from the characteristic equation alone. To really see what is occurring in the root locus plot, consider this equation expressed in terms of poles and zeros of the open loop gain $G_{OL}(s)$ as follows:

This is why the poles start at the open loop poles and move toward the open-loop zeros in the root locus.

Not the answer you're looking for? Browse other questions tagged transfer-function control-systems pid or ask your own question.

1
Designing a root-locus compensator to attain design requirements
2
How to do this root locus by hand?
4
Why does this transfer function has a second zero
4
What is the difference between a lag compensation and PI control?
3
Control design: under what conditions can closed-loop poles be placed arbitrarily?
2
(How to ask a Homework Question): Define poles by using proportional controller
4
Find transfer function from root locus and step response diagram?
2
Region of root locus not inside the feasible region for a given performance specification
1
Root Locus, Transfer Functions and Unit Step Response?
0
Part 2: Root Locus, Transfer Functions and Unit Step Response?