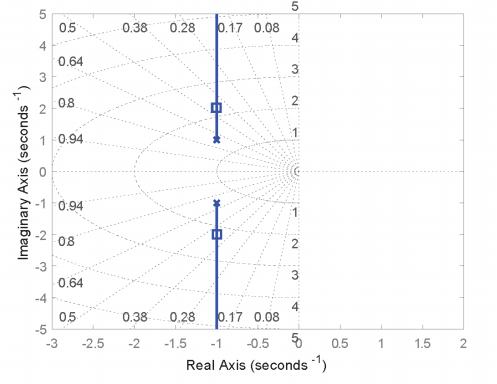 I want to determine if this root-locus produces any of the following output responses to a unit step reference signal: 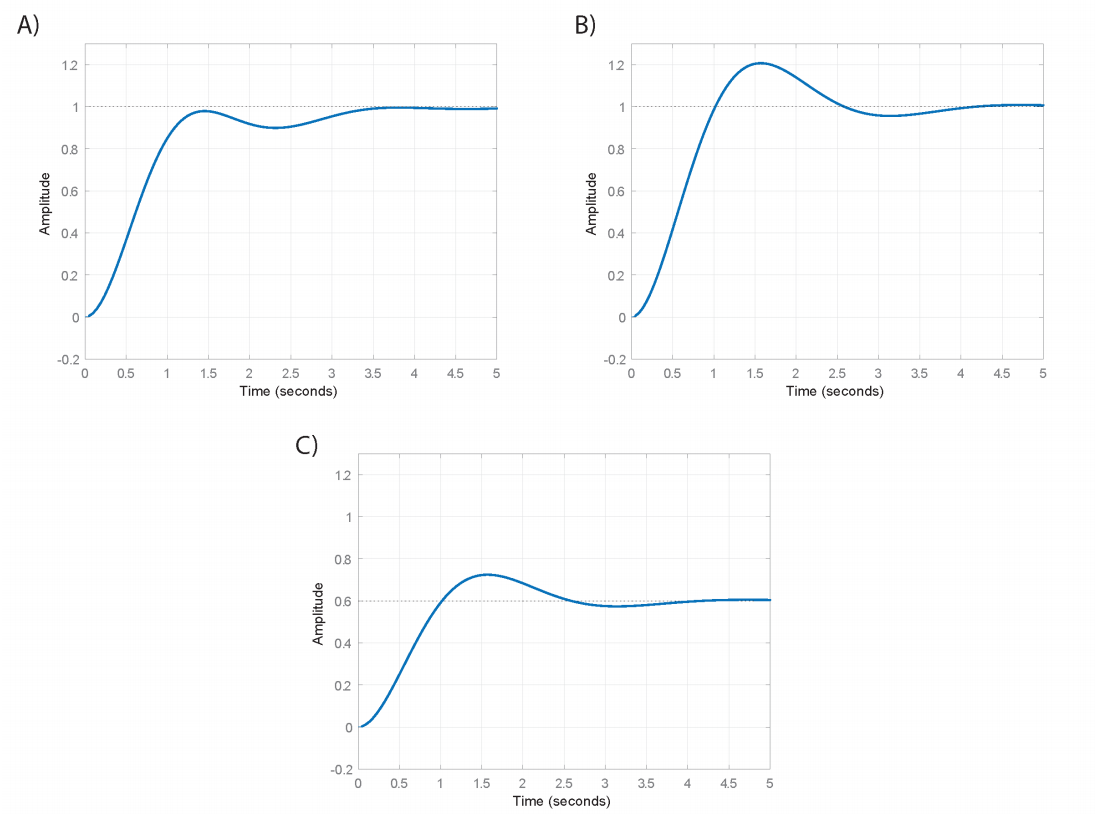 I attempted to build the open loop transfer function:

Root locus shows all the possibilities of K, but I am also given the closed loop poles. Can I use those to get K? Is the unit step response in relation to the Closed Loop Transfer Function? or the open loop? I can see that building the connection between the graphs is important, I seem to be missing something though. Thanks!

I believe the corresponding Step Response Graph is C) but I'm still uncertain on if I followed the right process: Finding the closed-loop transfer function I get $$G_{CL} = \frac{K}{s^2+2s + 2 + K}$$ Applying FVT to graph C I get $K = 3$, which makes $$G_{CL} = \frac{3}{s^2+2s + 5}$$ and plotting the unit step response with Matlab gives C). What if I didn't have access to Matlab? Is there an easier way? Is it sufficient to match the closed loop poles after I determine $K$?

The closed loop poles are the roots of the polynomial

which leaves step response $C$ as the only option.

Not the answer you're looking for? Browse other questions tagged transfer-function control-systems laplace-transform step-response or ask your own question.