My understanding was that the C/A signal is a pseudo-random Gold code that is XORed with the data (each data bit being 20*1023 chips long) and the resulting binary signal is BPSK-modulated.

So I would think phase transitions in the C/A signal (caused by the BPSK modulation) would occur much more often, not just between data bits but between chips, every few chips.

What is wrong in my understanding of the modulation of the text?

That text is confusing on its own as the spectrum spreading as transmitted is NOT affected as described. This is suggesting that if you acquire on any arbitrary 20 ms sequence of received data, your acquisition results will vary since a data transition can occur equally likely anywhere in that 20 ms given you select a random starting point for your acquisition. You avoid this whole issue by effectively performing acquisition using a 20 ms sliding correlation on 40 ms of received signal (assuming you want to maximize processing gain over the full 20 ms available).

Below is an example of a correlation to SV24 for a single 1023 length sequence associated with that satellite from actual data captured from a GPS antenna with a digital sampling scope. The correlation was done by sliding the sample-matched 1023 length sequence through the received signal that in every other way appeared as white noise. With frequency offsets removed, the result appears as in the plot below showing the correlation peaks every 1 ms at every point in time that the local C/A code aligned with the transmitted C/A code. What we see in the plot is three data symbols (either 1 1 0 or 0 0 1 since phase ambiguity hasn't been removed). 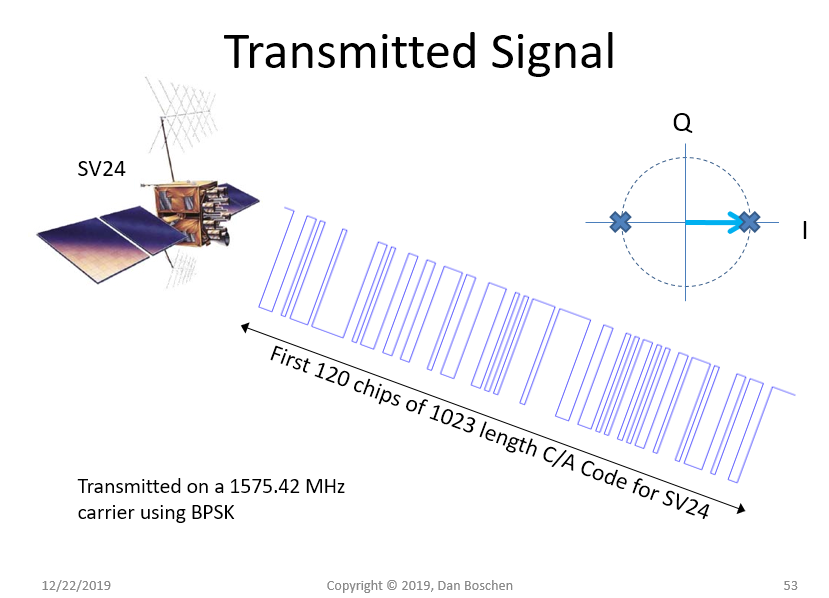 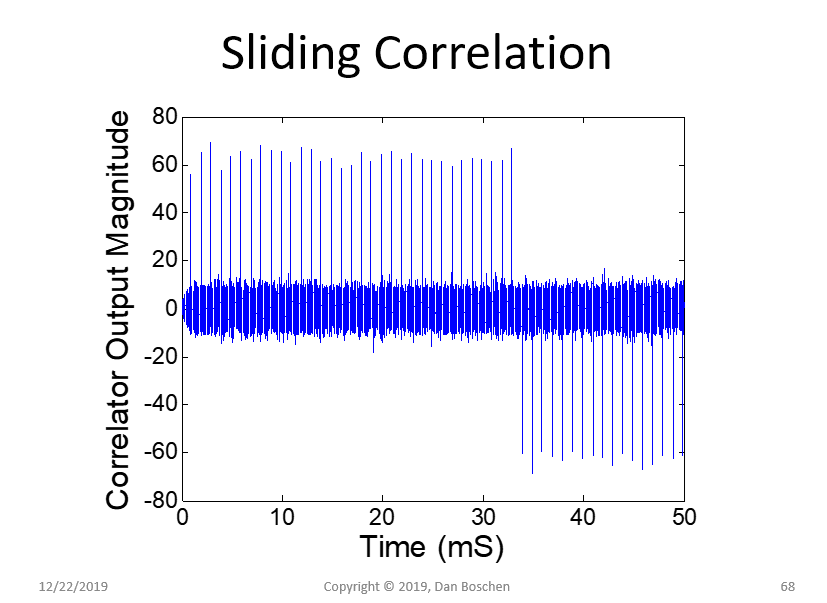 This is the same correlation result plotted on a complex plane (the above plot is the real part of this versus time). This shows how the carrier offset was removed and suggests carrier tracking approaches. 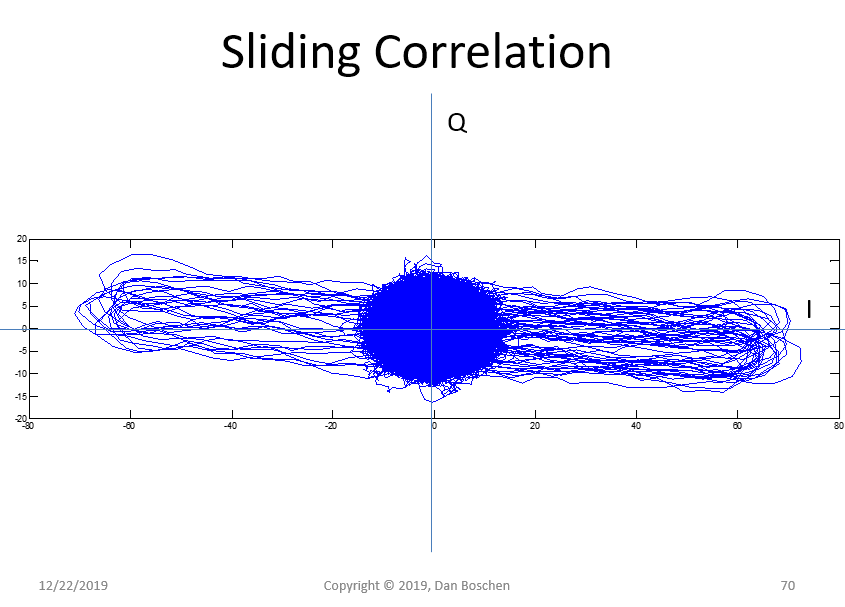 Not the answer you're looking for? Browse other questions tagged phase bpsk or ask your own question.

0
BER calculation in DS-UWB system
1
Periodically-varying phase between transmitted sound and received sound
0
Phase and Amplitude estimation
0
Is there such a thing as a continuous phase BPSK?
1
PLL for Phase Demodulation and Carrier Tracking