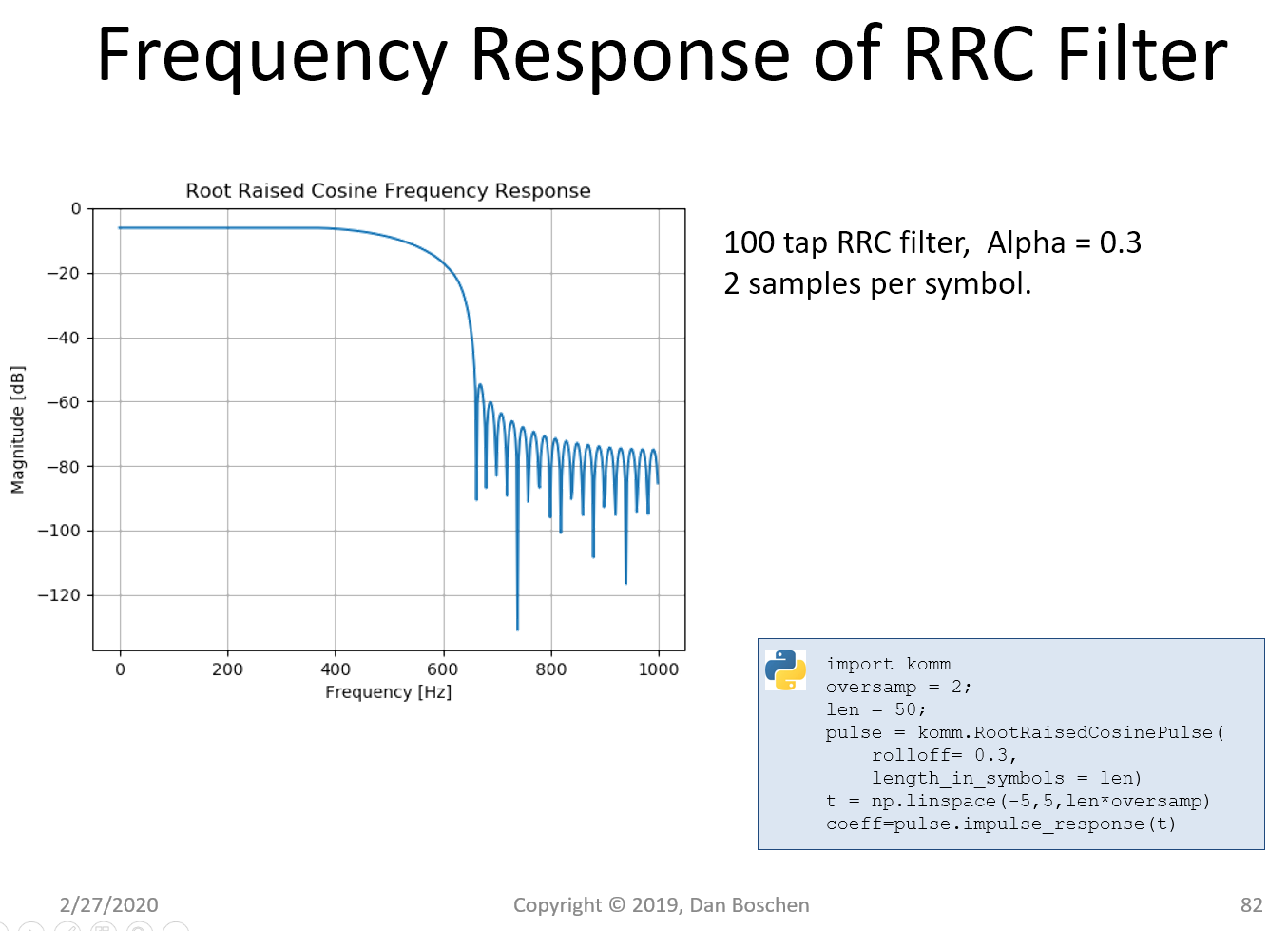 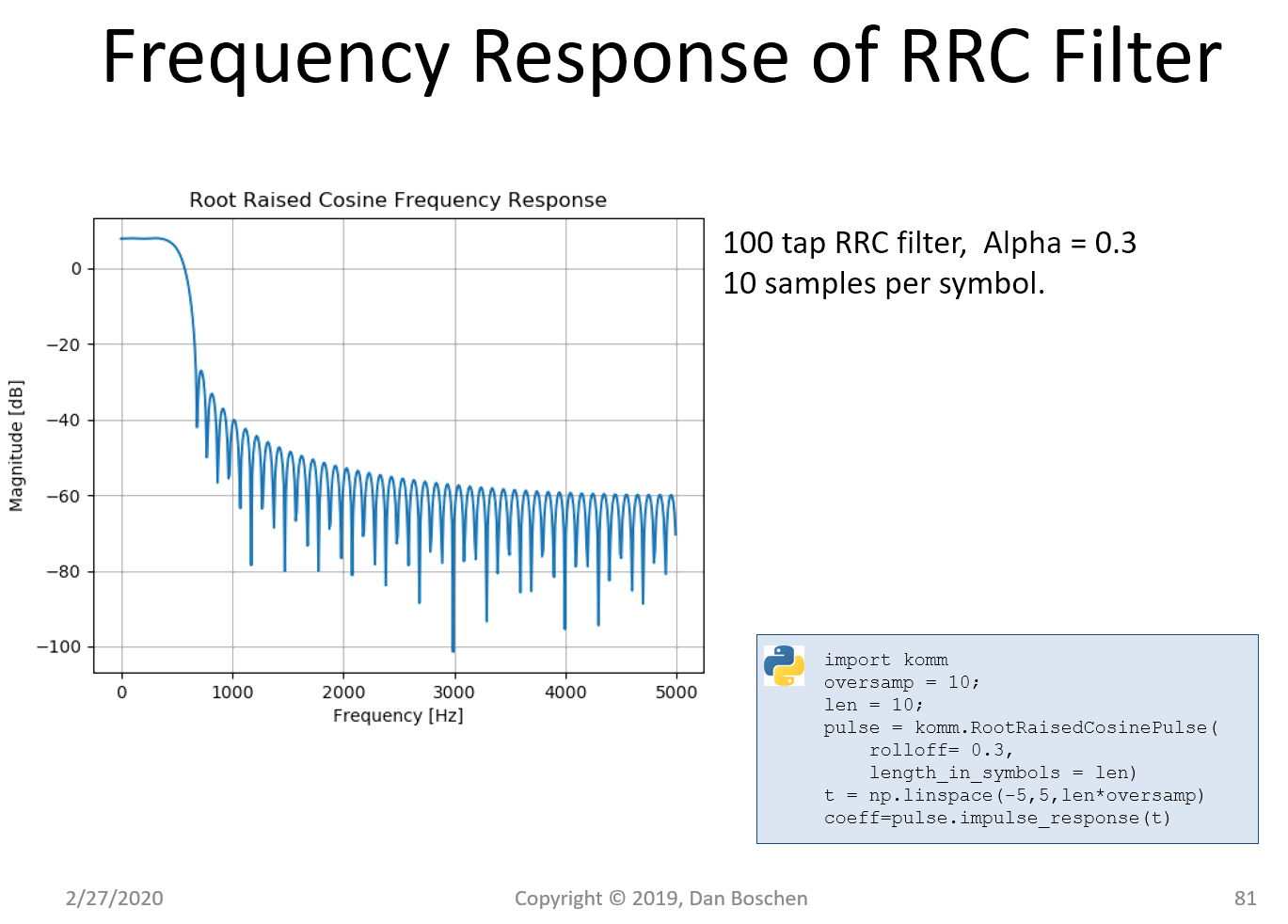 Observe the following key points that illustrate some of the important considerations involved: With 2 samples per symbol the filter impulse response extends further in time. This results in a greater stop band attenuation for the same filter roll-off factor (Alpha) and complexity (number of taps). The difference is particularly dominant close to the band edge in the area of 700 Hz in the plots. In the figures shown we see that we get approximately 70 dB of attenuation for 2 samples per symbol but only approximately 35 dB of attenuation for 10 samples per symbol. However the overall frequency of the digital spectrum is most constrained for 2 samples per symbol; this is resolved with subsequent up-sampling or consideration elsewhere in our overall system design. As long as those considerations are properly addressed, according to Nyquist sampling theorem we will achieve the full integrity of our RRC filter design (with only 2 samples per symbol!). In the second case, because of the higher number of samples per symbol, with the same number of filter taps (complexity) the impulse response of the filter does not extend as far in time, and is therefore truncated earlier. This degrades overall performance as visible here with the inferior filter rejection. However the greater overall digital frequency spectrum is wider. An efficient design would choose to do two samples per symbol for such a "shaping" filter and then upsample to the bandwidth needed to be compatible with the analog design or other bandwidth considerations, since the upsampling filter design would be relatively simpler. Also to be considered for many applications is a polyphase RRC upsampling filter structure. In this case we would choose an even number of taps and incorporate the upsampling as described further in this response: How to implement Polyphase filter?