DC gain from an impulse response

I am studying for my exam in signal processing. For one of the old exam sets, a discrete impulse response of a filter is given as $h[n]$ \begin{bmatrix} -3&0&-3&0 \end{bmatrix}

With a frequency response $H[k]$. What is the easiest way of calculating the DC gain from this information? I have tried using a DFT but did not see any usable conclusion.

This can be done using MATLAB's freqz function as follows:

Giving you the flexibility to specify at whatever angular frequencies $\omega$ (in example above the evaluation is at two frequencies $0$ and $\pi/4$ rad/samples) you would want to evaluate the frequency response, (Here we're interested in the value at $\omega = 0$). The magnitude response with these two points is shown below 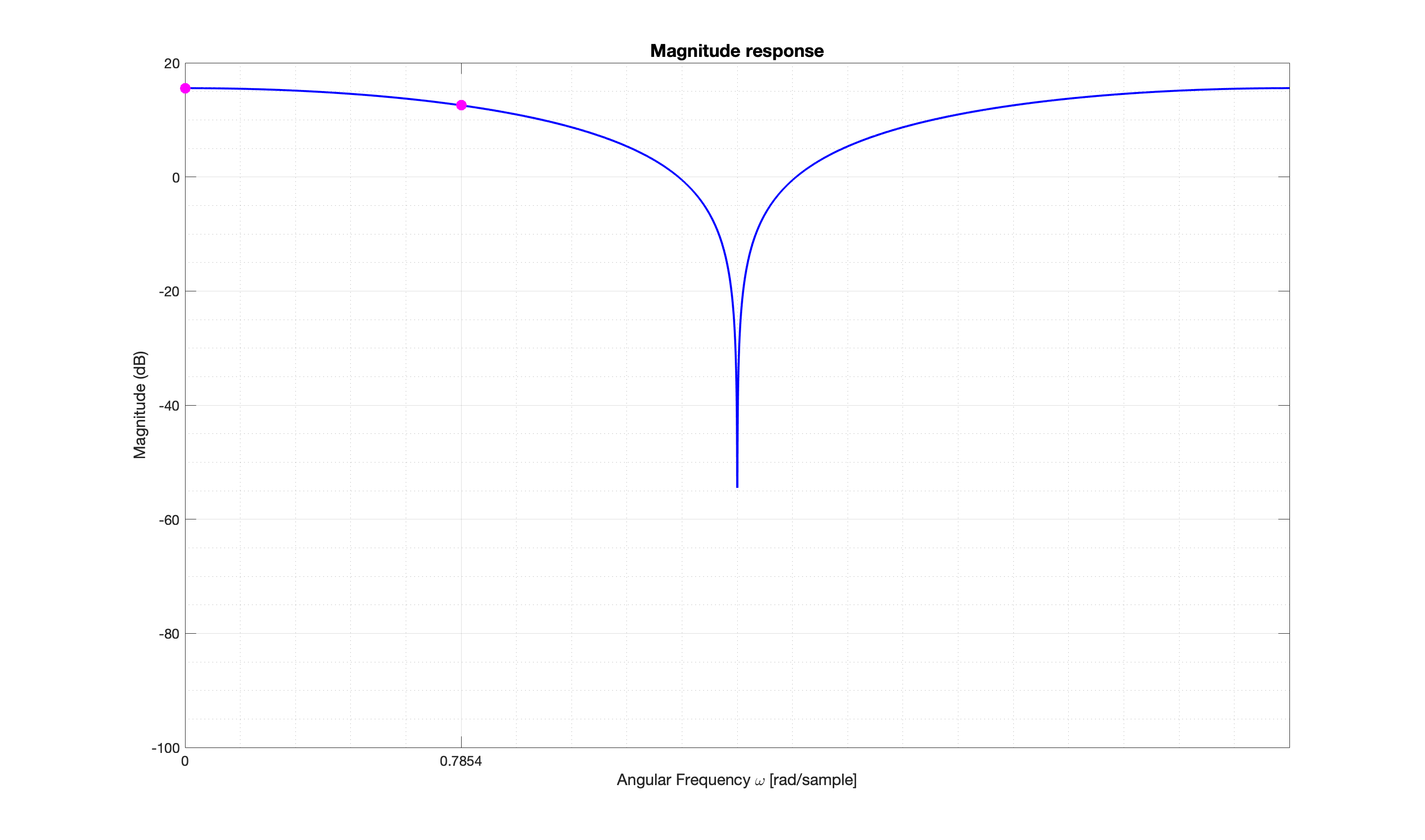 Note that the two points in magenta correspond exactly to

Giles' answer applies to tapped delay-line digital filters. A more general answer is: The DC gain of a digital system is the sum of the system's impulse response.

Not the answer you're looking for? Browse other questions tagged filters frequency-response impulse-response or ask your own question.