Analysing mp3 quality with spectrum, how to interpret the results?

When comparing spectrum images between two different audio sources in order to determine which has better quality, I sometimes come to an impasse. For example, consider the following images from two 320kbps mp3 files: 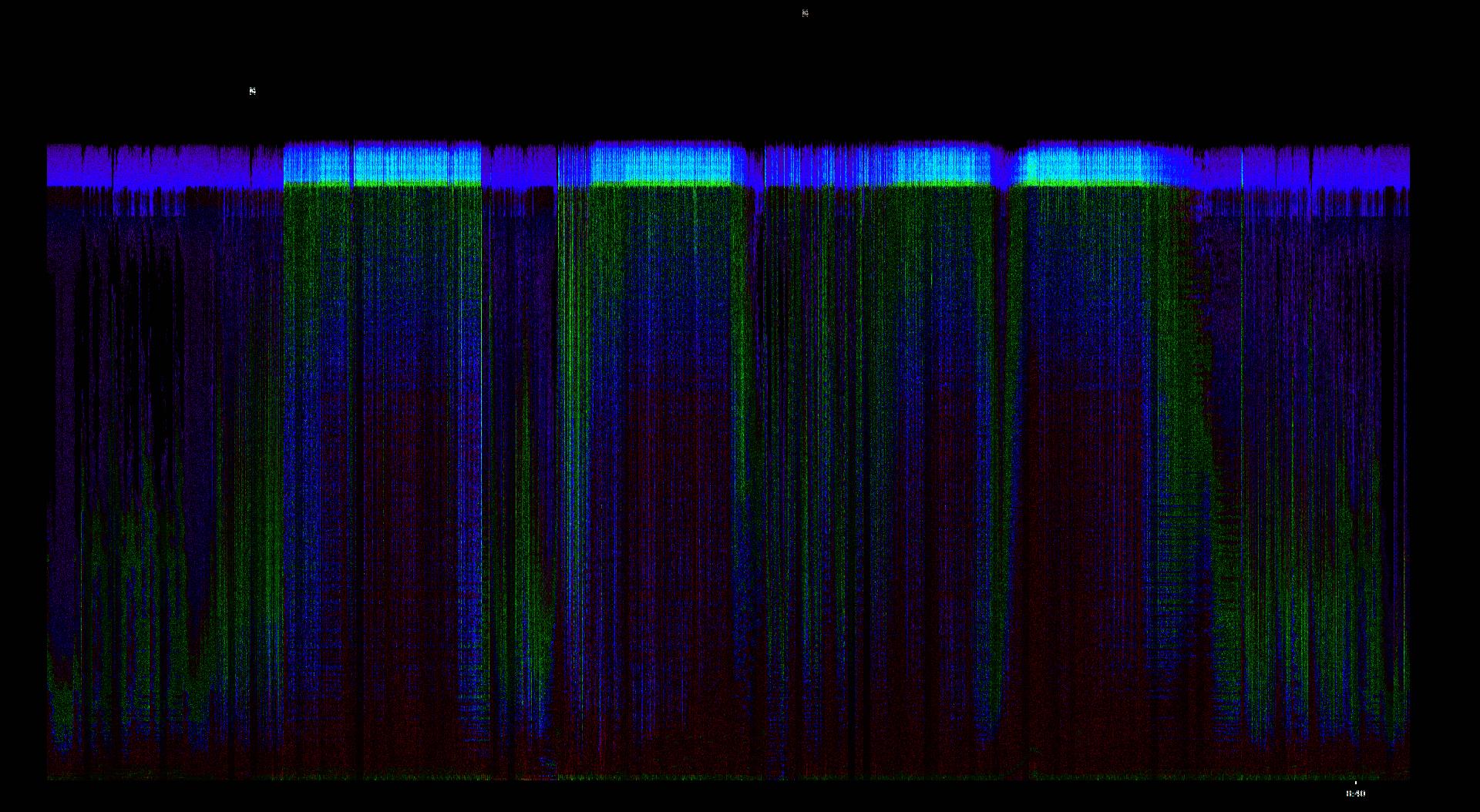 (here is the difference between waveform-synced versions of the above examples, but it's quite the same)

The second version has a cutoff at 20 KHz, while the first contains some audio information above that frequency, albeit very low in intensity, and probably inaudible.

On the other hand, this extra audio portion at the top of the plot appears to be noise, since it's composed by an almost continuous "blurry" zone. In addition, looking carefully at the two images, some subtle differences can be observed at the lower frequencies.

I'm inclined to think that the second version is better quality, theoretically, since the lower cutoff limit may allow for the encoder to make better use of the available bandwidth, so that it can more acuratelly represent the lower frequencies. That aside, I really don't know how to interpreted those subtle differences between the two images in order to make an objective decision.

So, when comparing spectrum images, what specific details can help determine which encoder did a better job?

At those relatively high rates, the possibility (for a human) to hear a difference depends a lot on the device it is played on. My first suggestion would be to rely on a panel of testers (possibly bats, for the high frequencies), use the best audio system you can, and compute a Mean Opinion Score.

I do agree that the frequency limitation around 20 kHz might seem in disadvantage of the second image, but as you said, low-freq bits can then be better allocated (possibly some).

Similarly as @Marcus Müller, I suspect the high-freq band in the first to be spurious. Especially since it really looks symmetric in the time-frequency plane (modulo the contamination with the real audio), and the aliasing hypothesis sounds nice here.

As said in a comment, you can subtract one decompressed sound from the other. Hopefully, by a careful listening, you could check whether the difference is meaningful, or not.

Not the answer you're looking for? Browse other questions tagged audio frequency-spectrum spectrogram or ask your own question.

6
How to recognize patterns in a noisy audio frequency spectrum?
8
How to determine the "variability" in a frequency range?
2
Onset Detection for Audio Signals
1
Synchronization of two audio tracks via Mel-frequency cepstral coefficients (MFCCs)
2
Zero Padding in Frequency Domain (Spectrum): How to Split the Middle Bin (Nyquist Frequency)?
0
Difference between two sine generators
2
How to interpret these MP3 spectrums?
0
How to interpret a spectrum with FFT mirroring?
1
Is there a way to get the "mode" of several recordings? (to remove 1-off noise)
0
Find offsets of two audio files with several sections in common