Tracking a Predefined Curve in a Series of Images

I have a series of images. I want to be able to draw a curve on the image and track the curve in the series. For example, in the figure below, the left image illustrates the original image at time 0 and the one on the right is the curve I want to track in the next images in later times $t>0$. In fact, the edges that are marked as red change with time. In other words, the region, whose a portion of its boundary is shown in the figure, gets enlarged and shrunken in the subsequent images and I want to be able to track this.

Could someone kindly introduce me to one of the methods that is used to track a predefined curves according to the movement of the boundary which is the closest to it? 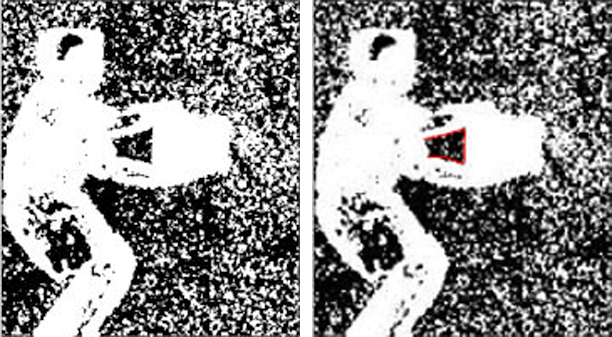 From my experience, I have successfully utilized Leo Grady's Random Walks method for this. The code is also available here. It works very well and can easily be made to run in real-time depending on the contour and image size. You could watch the video from my implementation here. Note that though, it might perfom differently than the original.

Not the answer you're looking for? Browse other questions tagged image-processing edge-detection tracking or ask your own question.