How to get the channel impulse response by using PRBS signal with BPSK modulation?

I want to get the channel impulse response by sending PRBS. Following is some channel measurement flowchart that I found

a(t) is the PRBS，sending it to transmitter to upconversion to BPSK modulated signal s(t)，r(t) represnet the receiving signal that pass throung real wireless channel. The receiver would downconversion the receving signal r(t) into I(t) and Q(t) signal. After that, taking a(t) and I(t)+jQ(t) to do cross correlation to get the channel impulse response.

Yet, there is still some point that I confused about： 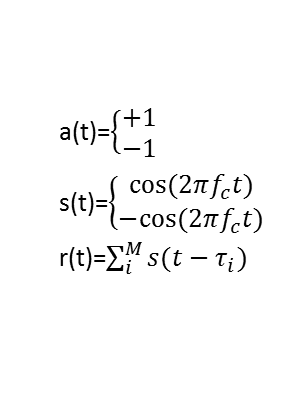 Do not think of your transmitter as BPSK since you are not intending to do data transmission (as you will not be doing data demodulation in the receiver) but simply an upconverter of a bipolar waveform (yes as far as the trasmitter operation goes, this is indeed identical to BPSK but I think that is giving you much confusion). So the transmitter is frequency shifting the baseband signal to an arbitrary carrier frequency.

The receiver simply down-converts the signal back to baseband.

Because of the phase and frequency offsets (in addition to the multipath distortion) the signal as received will no longer exist at baseband as a real signal but will have real and imaginary components. We need to maintain all of these components in order to solve for the channel. Therefore you must do a quadrature down-conversion that would maintain the real and imaginary components (I and Q) of the complex waveform. A very simple example is a channel with an impulse response represented by an impulse at t = 1 sec with a phase of 45°. 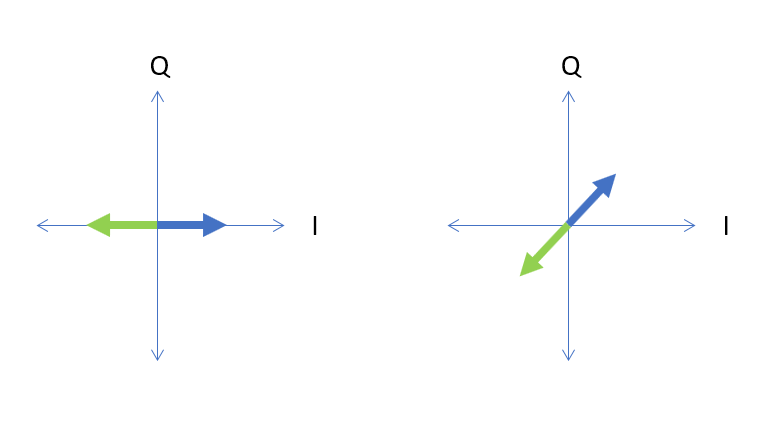 This is a very simple channel; in practice you will have multiple delayed copies at different delays and amplitudes combining in a possibly unrecognizable pattern in the receiver. If the transmitted waveform and the resulting received waveform is known, then you can use inverse convolution techniques such as the Wiener-Hopf equations to solve for the unknown channel, I describe this in detail in the following post:

(For the case of solving for the channel instead of the channel compensator, swap Tx and Rx as described in that post)

A PBRS (Pseudo-Random Binary Sequence) is an excellent choice for a training sequence as it has spectral content across the entire band. The equalizer can only determine its compensation at frequency locations where energy is present.

Not the answer you're looking for? Browse other questions tagged bpsk or ask your own question.

0
why does the decision boundary change in BPSK? is it true?
4
Energy per bit ($E_b$) in BPSK with non-unity channel gain
2
How to demodulation BPSK in real case(through a channel)?
0
How do we know the receiver delay in an OFDM transceiver system?
0
Demodulating a satellite BPSK signal