I am working on an image segmentation project to identify playing cards on varying backgrounds. For my use case I care most that I accurately extract all the cards in the image; false-positives are inconvenient but not fatal. I also care that I can run the segmentation without user interaction (i.e., an algorithm like GrabCut does not work for me).

So far I have the following simple algorithm based on Canny edge detection and contour selection:

For some (many) inputs it works well enough, or even very well: 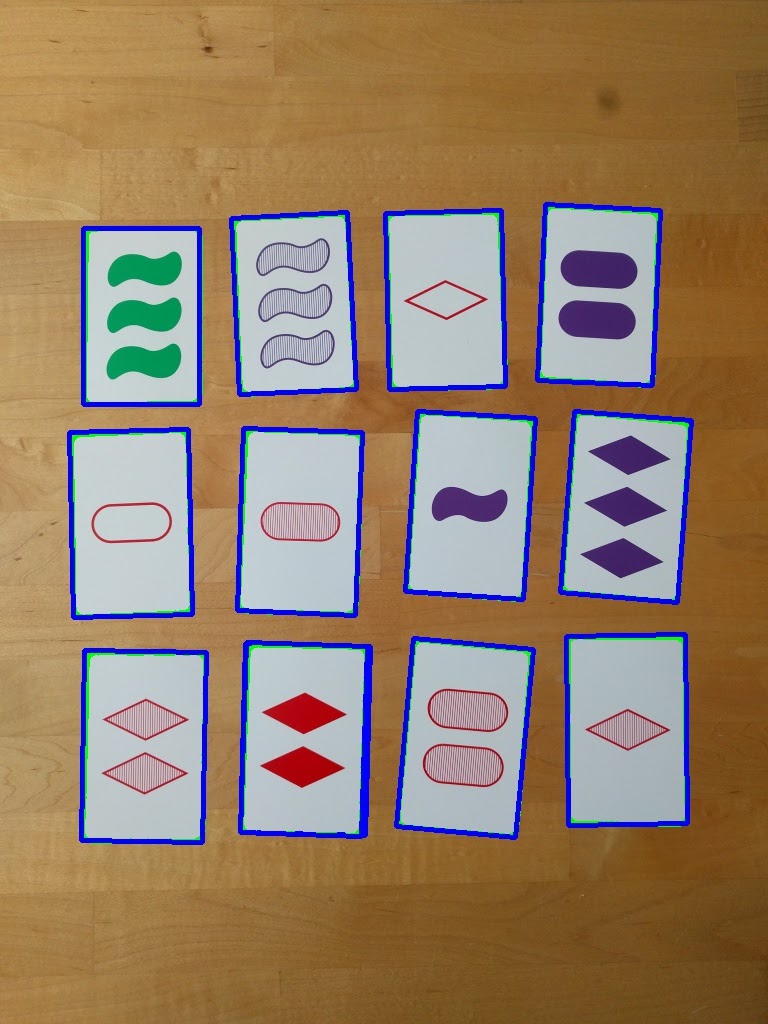 However for other inputs the contour detection does not successfully disambiguate cards. The contours are grouped in ways that link cards or result in undesirable bounding boxes: 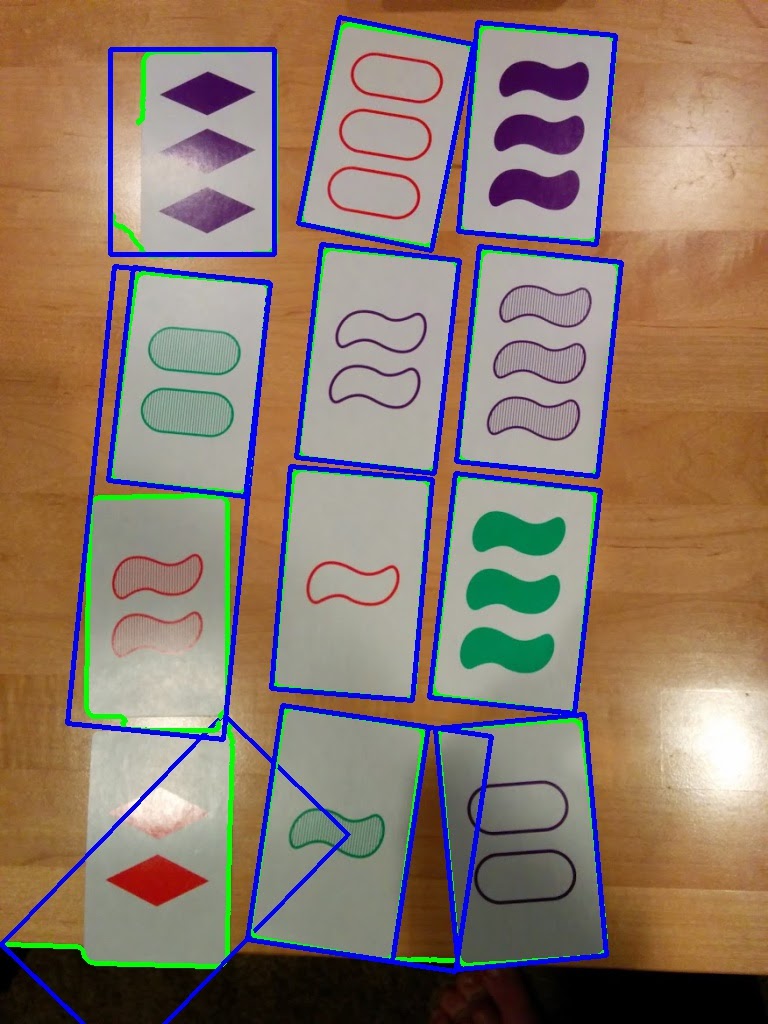 For the record, here are some other things I have considered:

For reference (or, better yet, if you want to play along at home) I have a set of example inputs and the outputs of my current algorithm: album.

You might try a Hough Transform after your canny-Detection instead of contour detection. (Given that you dont have too much perspective distortion, i.e. the cards are rectangular and not trapezoidal).

Have a look at this related question and the links therein.

22
How do I detect distinct objects when their edges touch each other?
17
OpenCV/C++ connect nearby contours based on distance between them
15
Image segmentation issue of different materials
6
Sequentially get the outer contour of an Edge Image
11
Segmentation of half transparent material, e.g. glass
5
What are some easy to detect reference mark shapes and corresponding detection methods?
2
What is a good way to locate butterfly in an image
0
How to get the values for C1 and C2 in Chan-Vese Model?