Discontinuity in the angle of a complex exponential signal 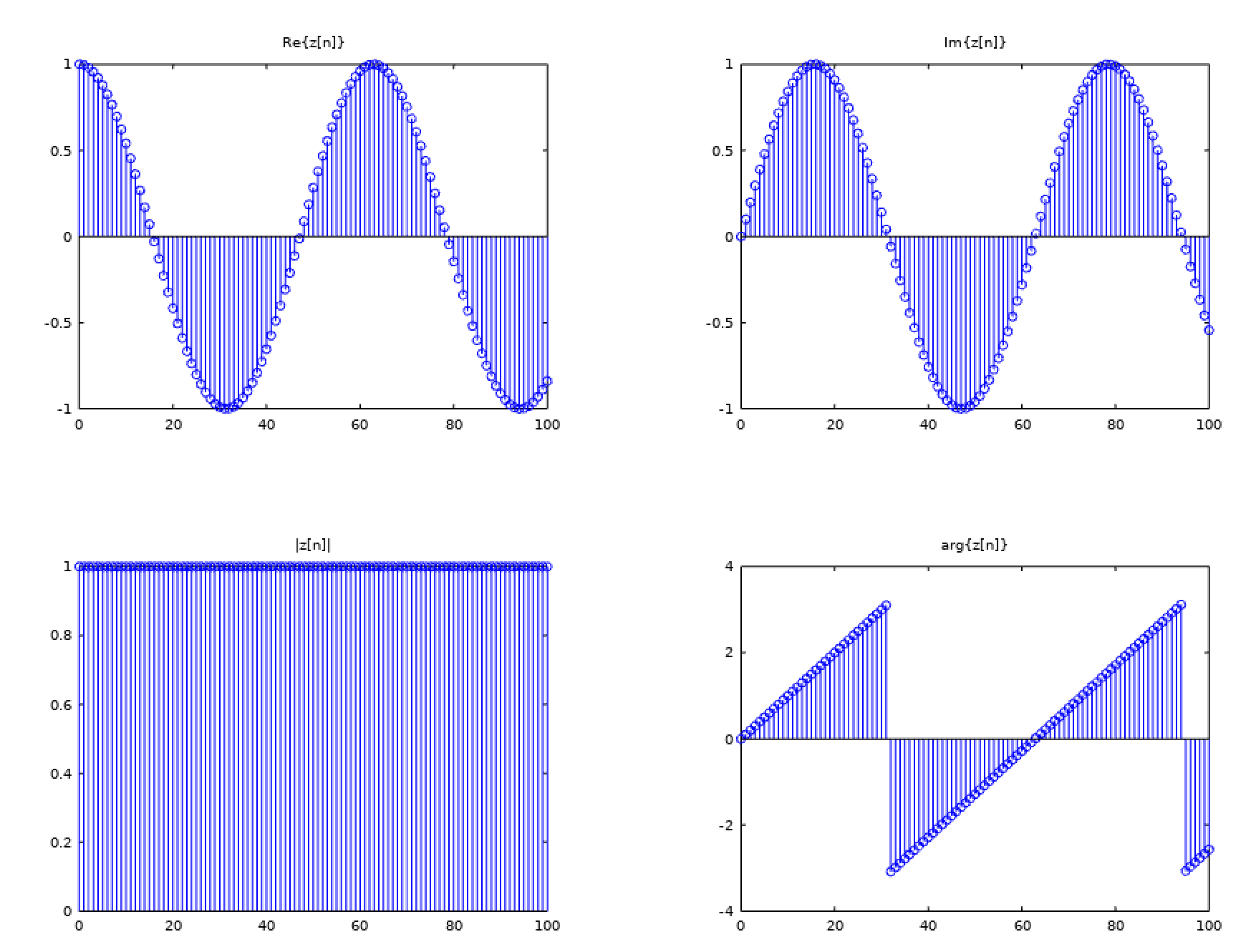 I guess this is related to the angle formula:

But I do not quite see the relationship. Can anyone tell me exactly why we have a discontinuity at $10\pi$?

Angular calculations for complex analysis are performed by atan2. it is called "four-quadrant inverse tangent" the phase of a complex number z is simply atan2(imag(z),real(z)).

If you would like to keep the continuity obvious, you might want to switch to a phasor representation of angles. Those are complex numbers on the unit circle $\exp(i\phi)$ and they form a group under multiplication. They nicely absorb the non-obvious topology of the phase angle.

The discontinuity is only apparent because of your interpretation: you plot an angle on a plane, with a $y$-axis (the one with interval $[-4,4]$) taking real values. A sounder representation (not easy in 2D) would be to take into account the $2\pi$ periodicity, and plotting the phase on a cylinder, whose axis is the $x$-axis.

This is because the natural topology of angles is that of a 1D torus: 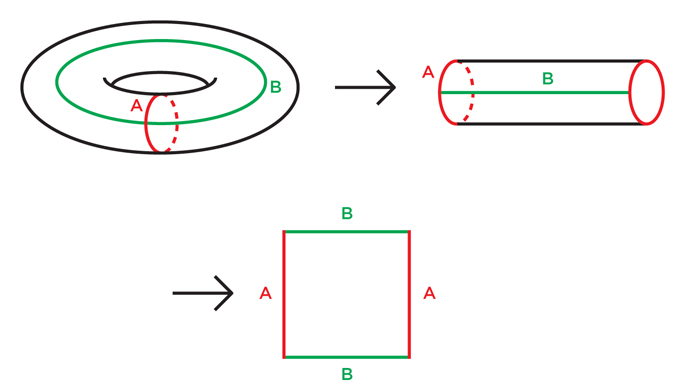 On the bottom square, the natural topology tells you that the two sides called B are far away. But if you fold and glue (top right cylinder), both so-called B-sides become indistinguishable in the torus geometry. And the same for the A-sides, giving you the torus on the top left.

Not the answer you're looking for? Browse other questions tagged complex or ask your own question.

7
Does it make sense to have complex numbers representing real-world audio signals?
4
Compression algorithms specific to complex signals
1
Autocorrelation and Power Spectral Density (Discrete)
2
Destructive interference on the Autocorrelation of the time signal of periodic CPFSK-signals.
5
Discontinuities in the FFT
4
FIR design for arbitrary magnitude and phase: Why can I separate real and imaginary parts like this?
2
Finding SNR for a portion complex signal
0
Clarification for "Digital Signal Processing" by Steven W. Smith related to complex representation of sinusoids
0
Decomposition of two equal and overlapping complex signals