Edge linking using local processing - why is this criterion imposed

I'm reading Digital Image Processing by R. Woods and R. Gonzalez. In it, a section on edge linking using local processing in an image details a simplified algorithm, that imposes a criterion on the gradient direction of edge pixels. I don't understand this. The algorithm is at the end of the first image, and an example is shown on the next page which shows the results of applying the algorithm. Can someone explain why this algorithm works? Specifically, I want to know why the such a criterion is imposed on the gradient direction, and what the author means by TA being a "band" of acceptable directions.

I've understood that the algorithm is a simplification of the method discussed above it. I've also understood the two criteria imposed on the gradient magnitude and directions in that discussion. But I don't understand why TA has to be a band, why the criterion for the direction is an equation and not an inequality, and why the algorithm worked for the example image, where the equation works out to be alpha(x, y) = 90 + 45 = 135 (since A = 90 and TA = 45). 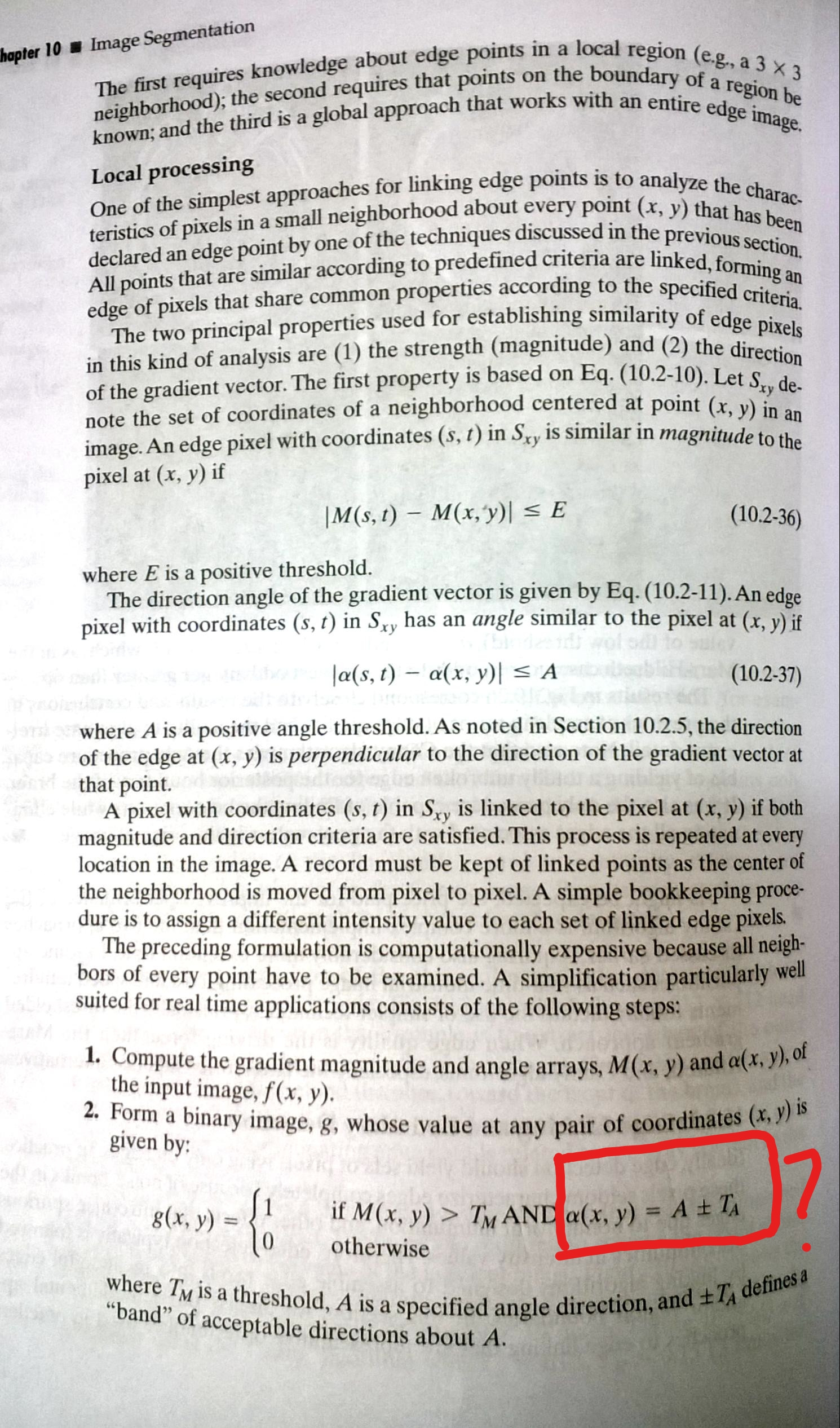 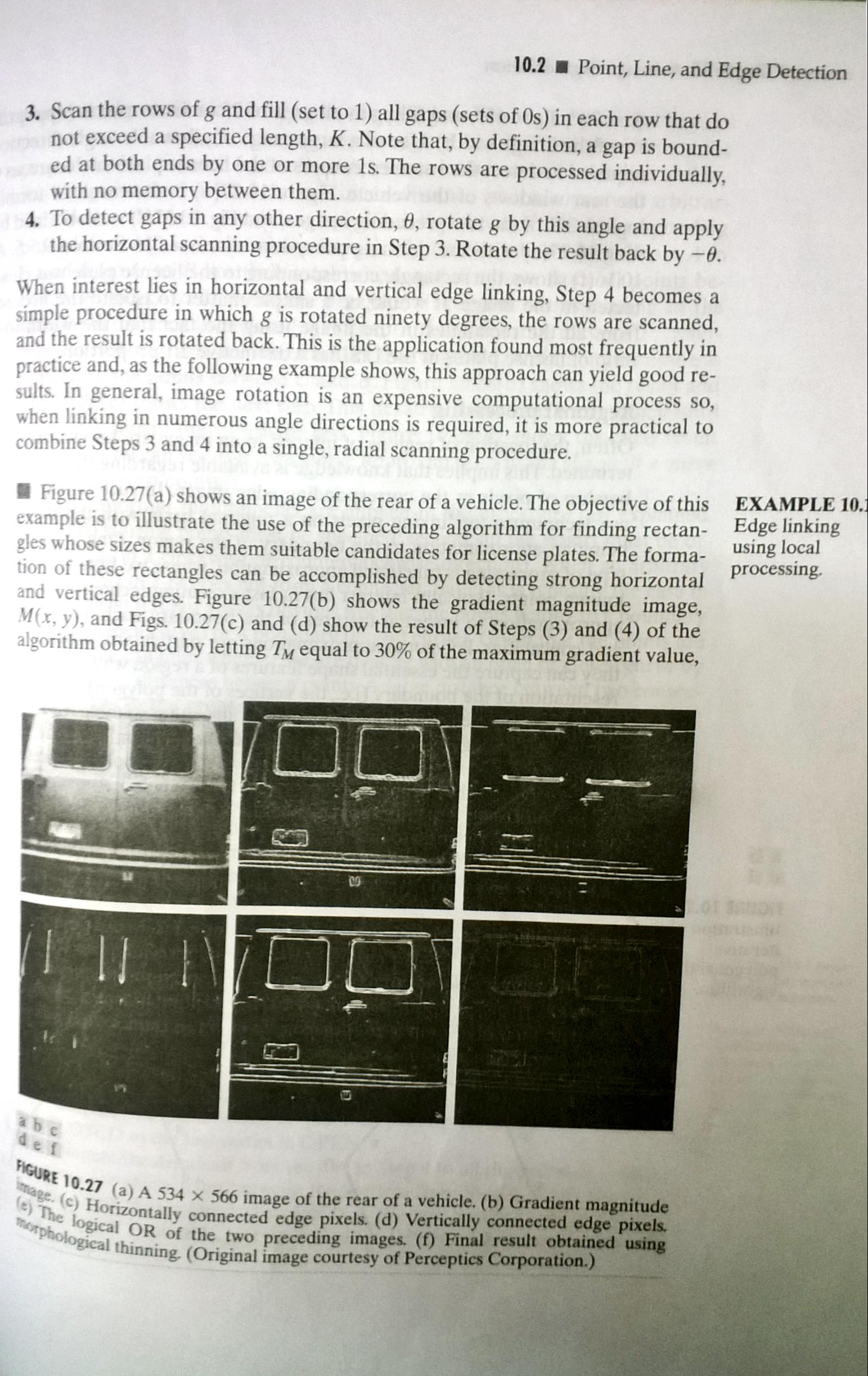 I don't have enough rep to post the last image, so I'll write the last part : "A=90, TA and filling in all gaps of 25 or fewer pixels (approx 5% of the image width. Use of a large range of allowable directions was required to detect the rounded corners of the license plate enclosure, as well as the rear windows of the vehicle. Fig E is the result of forming the logical OR of the preceding two images, and fig F was obtained by thinning dig E by a thinning procedure. As fig F shows, the rectangle corresponding to the license plate was clearly detected."

Browse other questions tagged image-processing edge-detection or ask your own question.

1
Why use a gaussian low pass filter, when we can convolve with gaussian kernel
4
Anisotropic diffusion
3
An alternative algorithm for blob detection
9
Removing Noise from Dental Radiography
0
Accuracy of dense optical flow
4
Is the Sobel filter a high pass filter, and if not, what is the difference between them?
9
Auto Detection of Rotation Angle on Arbitrary Image with Orthogonal Features