Can someone please explain the illustration (figure 1.19) at the bottom of this image? It looks like there are four sampling points but I don't understand what the different curves represent. Actually except from the dashed curve I can't even distinguish the different curves from each other. Can someone please clarify this so that the illustration makes sense? 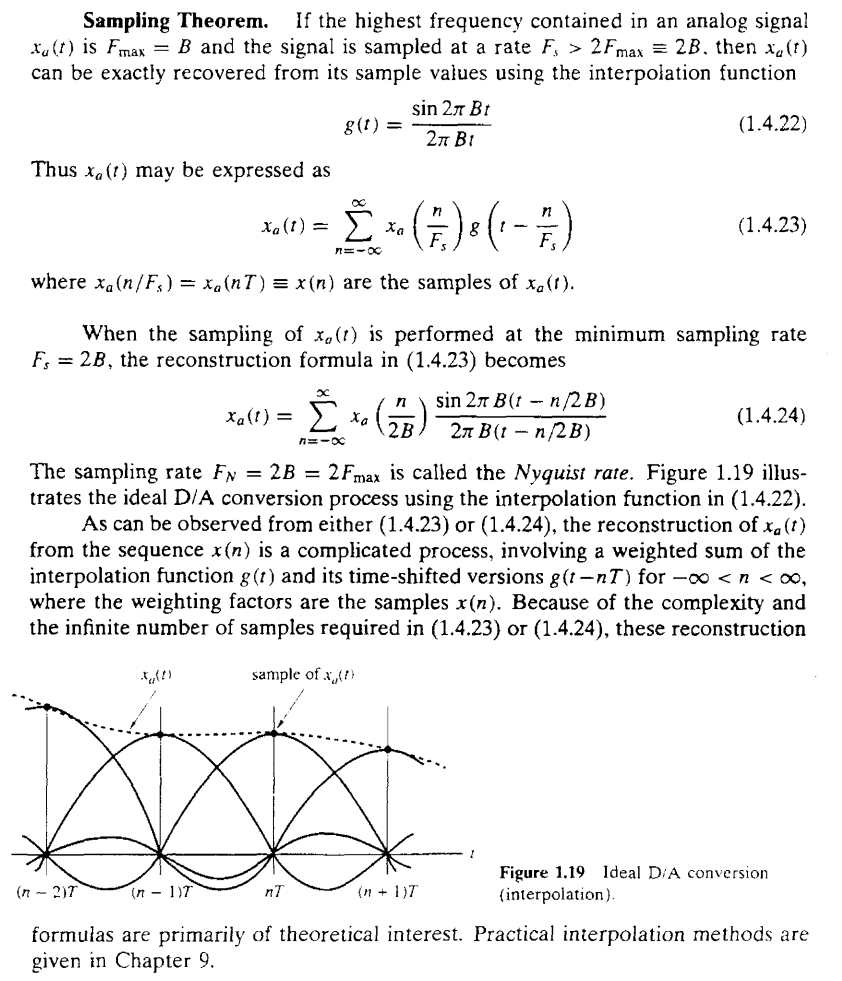 This plot depicts how to convert your digital signal back to the analog one, using $\mathrm{sinc}$ functions. The nice property of these functions used in this process, is that maximum of each function always occurs at minimums of the other, shifted function: 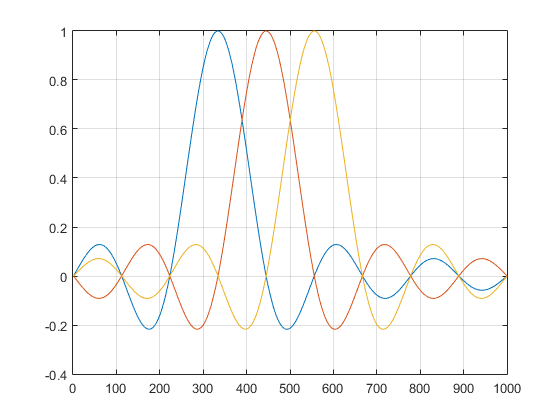 Now the process of the D/A conversion that is depicted on your plot is basically taking a $\mathrm{sinc}$ function, and multiplying it by one sample that is at the maximum of $\mathrm{sinc}$. You do it for each and every sample of your digital signal, and then sum all of the outputs. For example, for the above plot, the outcome would be following: 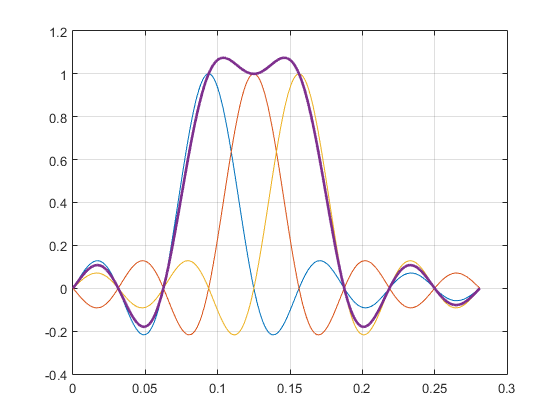 Now maybe some more complicated example of D/A conversion. On the plot below, you can see the actual samples (in blue) and "analog" $\mathrm{sinc}$ interpolated signal (in red). 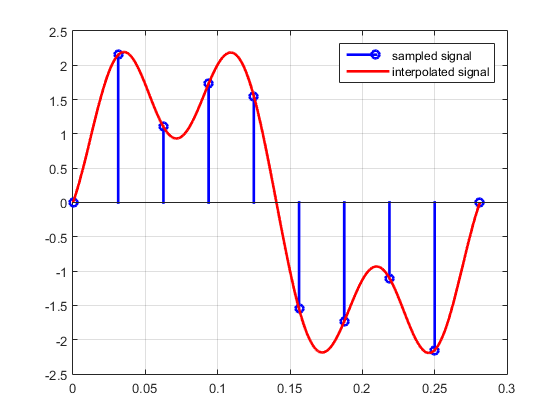 Plotting each function separately you can observe what will become an analog signal later: 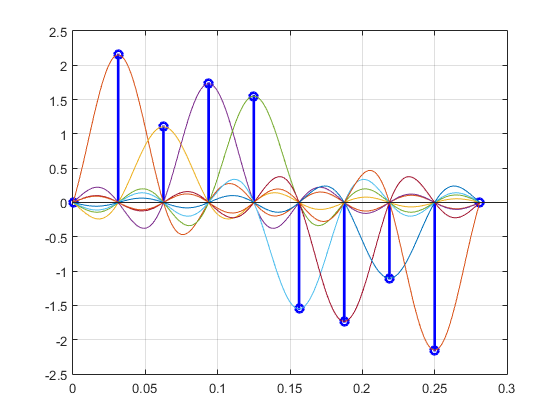 I hope that it is more intuitive for you now. In order to complete this example, here is some MATLAB code I used:

It is difficult to make out but it looks like 4 copies of the interpolation function (sinc function from 1.4.22) weighted by the sample values, and drawn at each point from (n-2)T to (n+1)T.

The sum of all these sinc functions weighted by the sample value (1.4.23) is the original signal. That is, if you add up all the solid black line functions, you get the dotted line.

The sampling theorem says that you can reconstruct your signal, using a low pass filter. For an ideal low pass filter, in time domain we have sinc functions, that is the equation 1.4.22. So, in the time domain, you have the convolution between this sinc function and your samples. The samples are represented as kronecker deltas, so the convolution result is the sum of the sinc functions shifted in the samples time positions (Eq 1.4.24).

This shifted sinc functions you can see as a solid line in the graph. The dashed curve are the reconstructed signal, the sum of the sinc functions.

I know it's difficult to see the sinc functions in the graph, but use your imagination (I presume that you know what is a sinc function).

So why all this yelling and screaming about (1.4.23) being incorrect and the explanation in the text being sheer nonsense? Well, (1.4.23) as shown in the OP's text has sample values of $x_a(t)$, the reconstructed signal, on the right side. So, the definition is circular, to say the least, and even if we ignore that, it is an assertion of the Nyquist theorem or the Shannon-Whittaker interpolation formula without any proof. The equality (1.4.23) as given in the text holds at $t=mT, m \in \mathbb Z$; the assertion that it holds for all $t$ is a proof by intimidation.

Not the answer you're looking for? Browse other questions tagged sampling interpolation or ask your own question.