Other end of Nyquist limit

Say I perform FFT on some data. If the underlying (measurement) sampling rate is not twice the highest frequency, I will almost assuredly get aliasing.

Nothing, nor does anything say that a whole cycle is sufficient: for DFT at 100Hz sampling rate lasting 2 seconds, "enough" for a 1Hz signal is 2 cycles, and for a 10Hz signal it's 20 cycles, yet from a physical standpoint, there's no such x10 difference in requirement. Whole cycles do provide nice properties, but don't change legitimacy of our estimate.

Fundamentally, it's a problem of information scarcity, or time-frequency resolution. This is readily seen in the Continuous Wavelet Transform: the lowest frequency coefficients are of worst quality, which we attribute to "boundary effects", i.e. operating outside of known signal. It's not discussed much, but CWT is actually the one with fixed resolution, not STFT, in arguably the more meaningful sense: a picture of 4Hz and 2Hz, and a picture of 8Hz and 4Hz, look same if each case zooms to the higher frequency's period, like an apple twice as far appearing half as large: 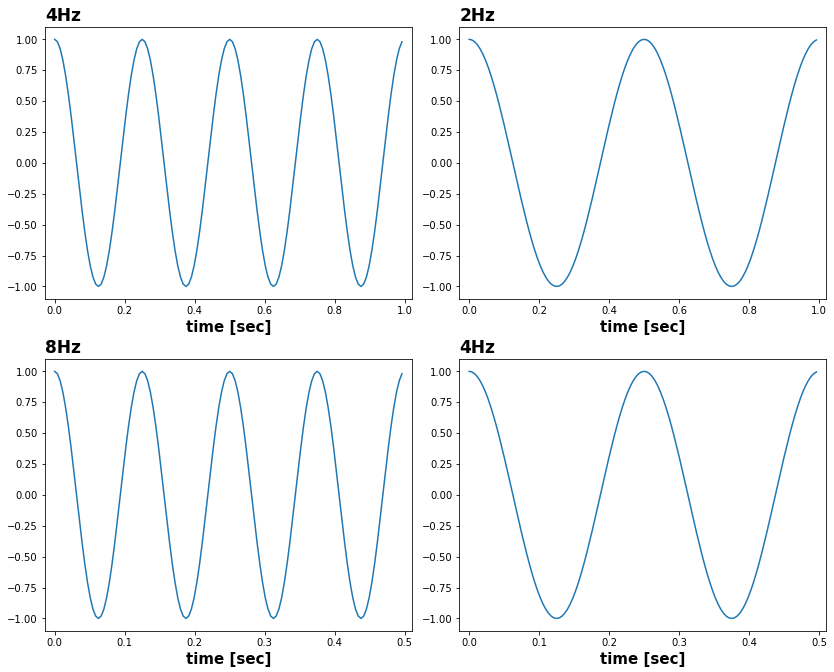 which is captured directly in the CWT basis: 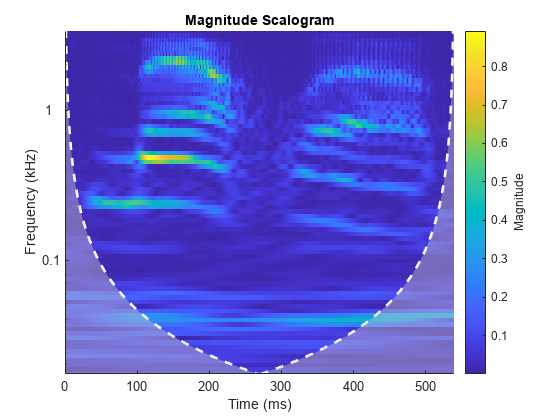 where right at bottom, nothing is good enough!

So, it's a matter of statistics: window size in relation to frequency provides a measure of our confidence. Luckily, resolution measures have statistical mathematical equivalents.

Now, a part of the CWT argument is a prior. An assumption on the model to best fit reality. It's possible STFT is a better fit for a given task, e.g. if (completely making up) higher energy worsens particle localization hence a higher frequency photon requires a greater observation window. What holds either way is, this is a matter of information, well-handled by statistics and heuristics.

Lastly, a correct but incomplete point is, insufficient SR = can't recover perfectly, but insufficient window can recover. Problem is, the insufficient window must have a sufficient SR - what this actually requires, though, is for the window to be long enough! That's because "sufficient SR" presumes "bandlimited", which is only satisfied with an infinite observation window, or window that captures at least one full period of a periodic input.

The Nyquist limit does not cover block based DFT/FFTs. At least not directly, I believe.

Rather, the argument is that you can point sample any bandwidth limited continuous waveform at >2x its bandwidth and perfectly recreate it.

In order to do this at the limit you may need to apply a $\sin(x)/x$ brickwall filter that has infinite extent.

Are you applying a one-off FFT, or is there some STFT/block-based FFT filterbank going on? If the latter, then you can have perfect reconstruction, meaning that there is no loss of information.

If you apply a single DFT/FFT of length 1 ms to a sine of periodicity 10ms, the transform can hardly be used to generally resolve for that frequency. I don't know if there is a name for that.

Another way to look at this is that if you are doing a DFT/fourier series with a finite measurement window in the time domain, this means you are in effect windowing the hypothetical ever-lasting input with a rectangular window. This convolves the fourier transform by a sinc function, smearing the low frequency component across a range. This is what prevents you from measuring low frequency components with precision.

3
Is there other basis possible for DFT?
2
How is wavelet time & frequency resolution computed?
2
Choice of relationship between n_fft and window_length in STFT

2
Generating a sound where end frequency is 1/2 of the start frequency
2
What does "two signals aliasing to each other" mean?
0
What happens if an harmonic in a band-limited signal at Nyquist frequency is added to a 90 degrees out-of-phase replica of it?
1
Nyquist Theorem adding two same frequency near to Nyquist Frequency with phase shift
0
Fourier Transform within a certain Limit
5
Nyquist frequency isn't working
4
Stanford EE 261 HW6 Q1 - Sampling below Nyquist Rate
0
Having Nyquist bin = aliasing?
0
How to reconstruct original signal using IFFT after cutting past Nyquist limit