What is the phase and magnitude response of white noise?

I does not look at all as I expected: 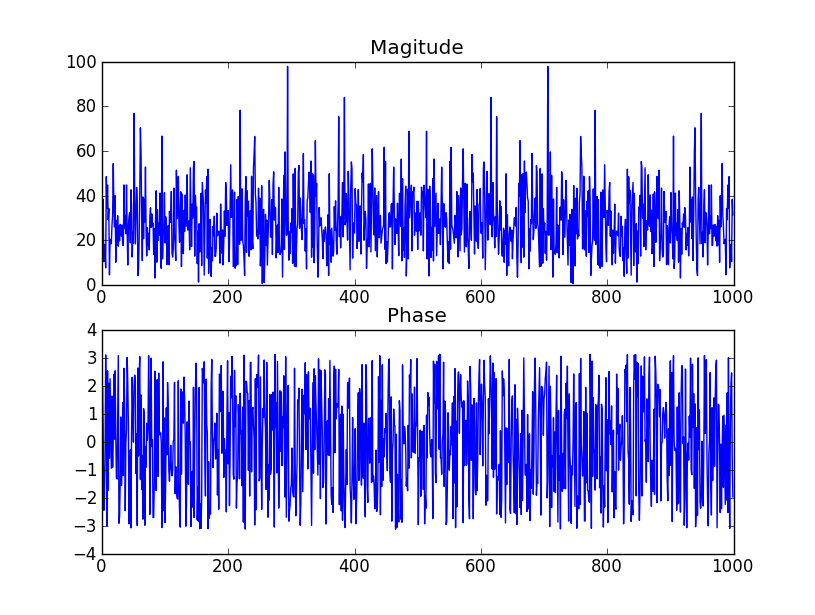 Isn't white noise supposed to have a flat magnitude response? (equal amounts for all frequencies)

What is the relationship between the standard deviation (1 in my example) and the magnitude and phase?

So the power spectral density is just $\sigma^2$ (though for discrete-time, there will be a scaling based on the duration of the signal).

Assume that our noise is discrete-time and is $n[m]$ (zero mean, Gaussian, white noise with variance $\sigma^2$). Then the transform is:

and the expected value is:

The variance of the real part is given by:

I believe the imaginary part will behave the same way.

I believe that (based on the above derivation), the power spectral density (the expected value of the square of the DFT) will scale linearly as the duration.

Check out the table on page 2 of this PDF file. it says that the argument (phase) of the coefficients will be uniformly distributed, as you state. Screenshot of the table included below. 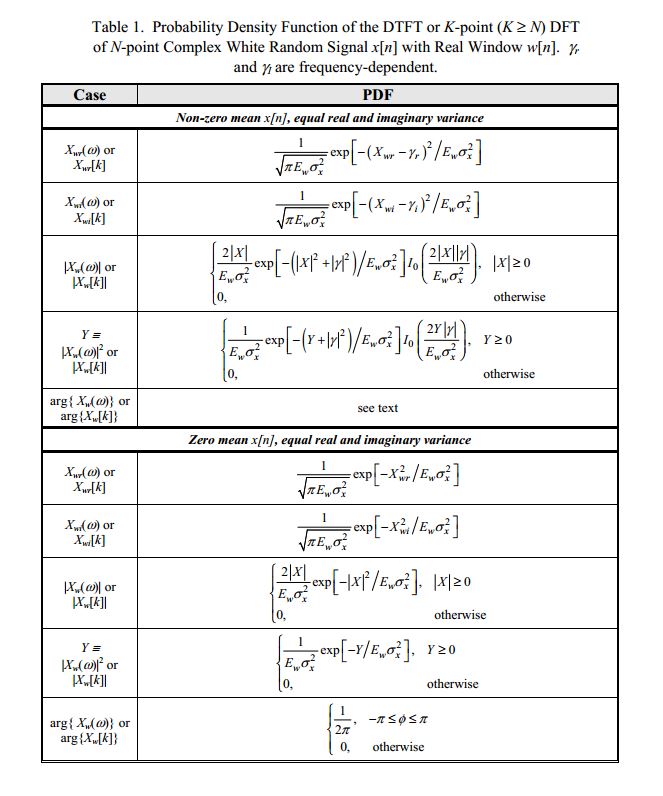 Not the answer you're looking for? Browse other questions tagged fft noise python or ask your own question.

4
How to generate random samples of Gaussian distribution directly in the frequency domain?
2
Correlation between real and imaginary parts of a Fourier transform of zero mean Gaussian
2
Whitening signal vs. whitening its DFT
0
Standard deviation of the spectrum of white noise