What is the maximum possible frequency of human voice/speech(That can be generated through human vocal cords)?

But what about speaking range? We know that speech Sounds are generated through our vocal cords. So What is the maximum value of frequency that human speech can have?

Especially What is the maximum value of frequency that human speech can have?

This depends on how exactly you define it. Fricatives ("s","f","sh" ...) and plosives ("p","k","t", ...) are fairly broadband noises and have energy up to 20 KHz and beyond. However, the energy above 10 kHz is generally very small and cutting it of makes little practical difference. Bandwidth that is typically used for speech is

The fundamental speaking frequency of humans can reach up to around 1kHz, although higher values than, say, 500Hz usually appear only while singing. The harmonics and non-tonal parts of speech can have relevant energy beyond 10kHz. See the screenshot below for an example. This is a spectrum of ITU-T P.501 speech signals, male and female speakers.

Limiting the bandwidth to 4kHz was a trade-off between intellegibility and cost. It produces problems especially when trying to tell fricative sounds apart. (Like "f" and "s").

Edit: Limiting bandwidth always means less cost. Bigger bandwidth means more information to transmit. Plus: the old speakers and carbon microphones in the olden days where quite noisy in the upper frequency range. 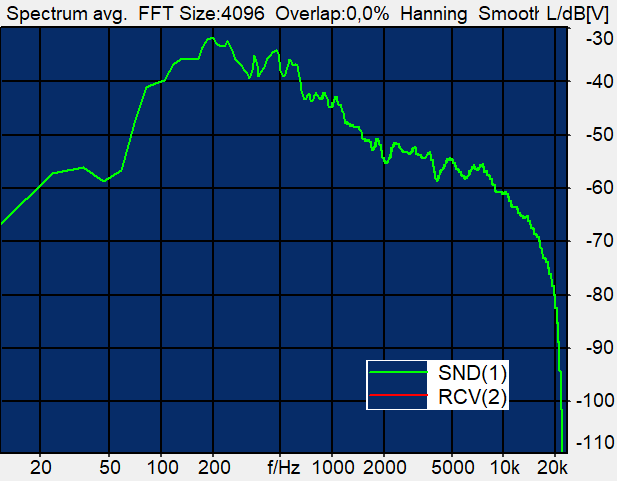 18
human speech noise filter
3
What features describe audio signals? (Besides frequency and amplitude)
4
Chop out frequencies outside human hearing range
0
What is the maximum frequency that can be captured by a given sampling rate?
8
Does our brain constantly ifft to hear?
2
What is the bandwidth of human speech?
0
Frequency detection in audio and what parameter or set of parameters help/limit frequency detection
1
how to lower frequency of a sound file in matlab?
0
with given Sampling rate, what max frequency human voice can be captured?
4
How are sounds recorded and reproduced (played back)?