I'm implementing a discrete Hilbert transformer and I know that an ideal Hilbert transformer is anti-causal and has infinite length so we can only make approximation. There are some FIR and IIR implementations, while MATLAB's hilbert() uses FFT to modify the spectrum of input.

What I've done is to keep the DC and Nyquist components, double the components between them and make the negative frequencies zero. But I got wrong results when processing signal block by block. A MATLAB example using windowing and overlap add is given below. 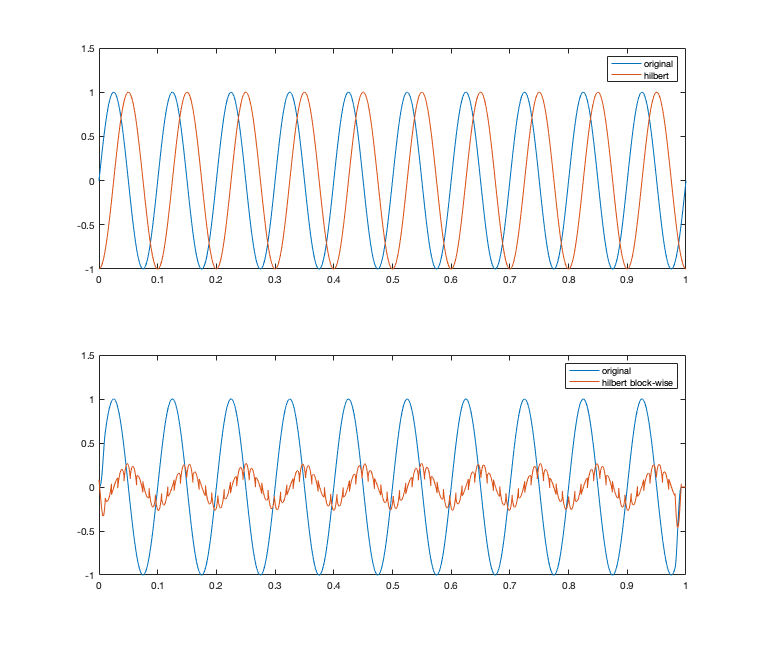 FIR and IIR filters have filter states saved in the memory which deal with this case, but I don't know how to solve it.

fft hilbert-transform
Share
Improve this question
edited May 3 at 13:10
DSP novice
asked May 3 at 10:31

If the issue is in implementing the Hilbert block by block in either case (using MATLAB's hilbert or own method) then this would properly be done using overlap-add or overlap-save block processing techniques. Here in this case the combination of windowing with the overlap and add (as commonly done) reduces the edges of greatest distortion in the Hibert implementations. This is implemented by following the pseudo-code in the above link for the implementation of linear convolution by replacing the FIR impulse response in that link with the Hilbert impulse response as described further below. The windowing I mention would be the windowing of the ideal time delayed and truncated Hilbert impulse response as would properly be done in the implementation of an FIR Hilbert using the windowing design approach.

If the issue is with replicating the Matlab hilbert implementation with FFT processing, below is an FFT implementation of the Hilbert in MATLAB that I confirmed produces an identical result as the hilbert function:

Another approach is to simply implement the filter directly as an FIR filter since we know the coefficients are given by the impulse response, which for the Hilbert is given as:

As the OP mentioned this is non-causal and thus for implementation as FIR filter coefficients, the above impulse response is sampled, delayed and truncated (and windowed to reduce sidelobes). 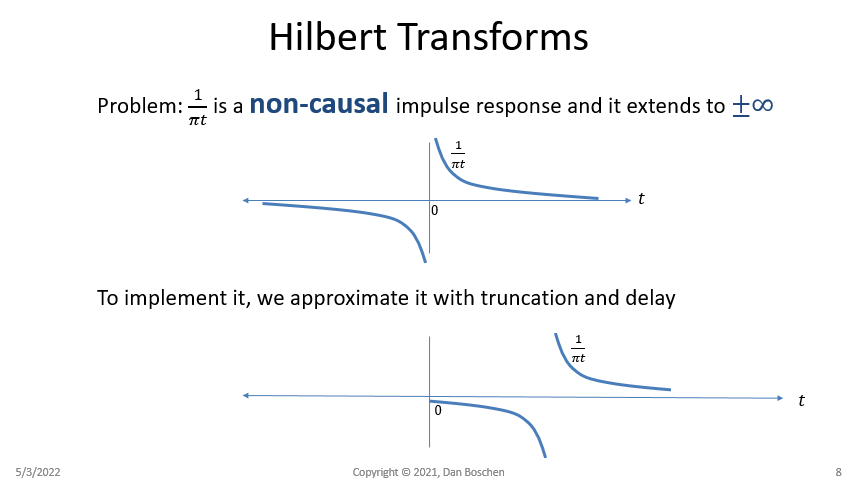 One "trick" if we already have a half-band filter in our pocket, is we can easily convert it to a Hilbert by taking the absolute value of the coefficients, setting the largest center tap to 0 and negating all the taps left of center: 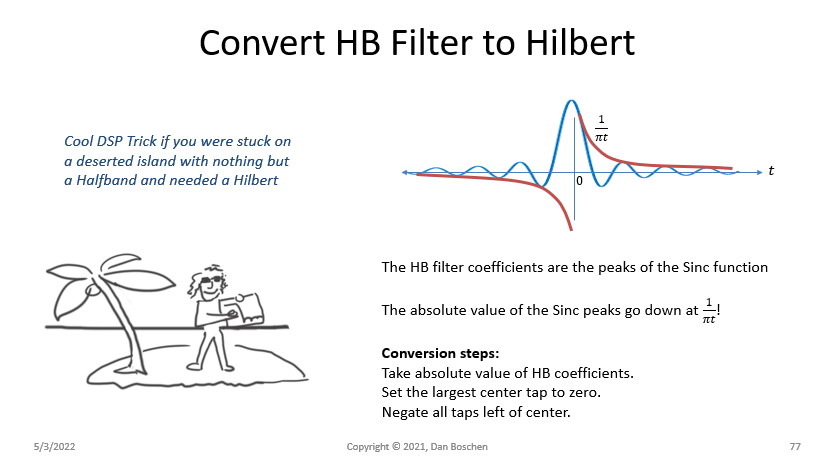 Not the answer you're looking for? Browse other questions tagged fft hilbert-transform or ask your own question.