I have a sine wave of frequency 1kHz sampled at 16kHz. I need to find the envelope of this signal using hilbert transform in MATLAB.I have used the inbuilt function abs(hilbert(input_signal)) and got the result as expected. Now, when I change the input signal to an addition of two sine waves of frequency 1kHz and 2.7kHz and then find the envelope using the hilbert transform method, I am getting a result as shown in the attachment. Is that the correct envelope 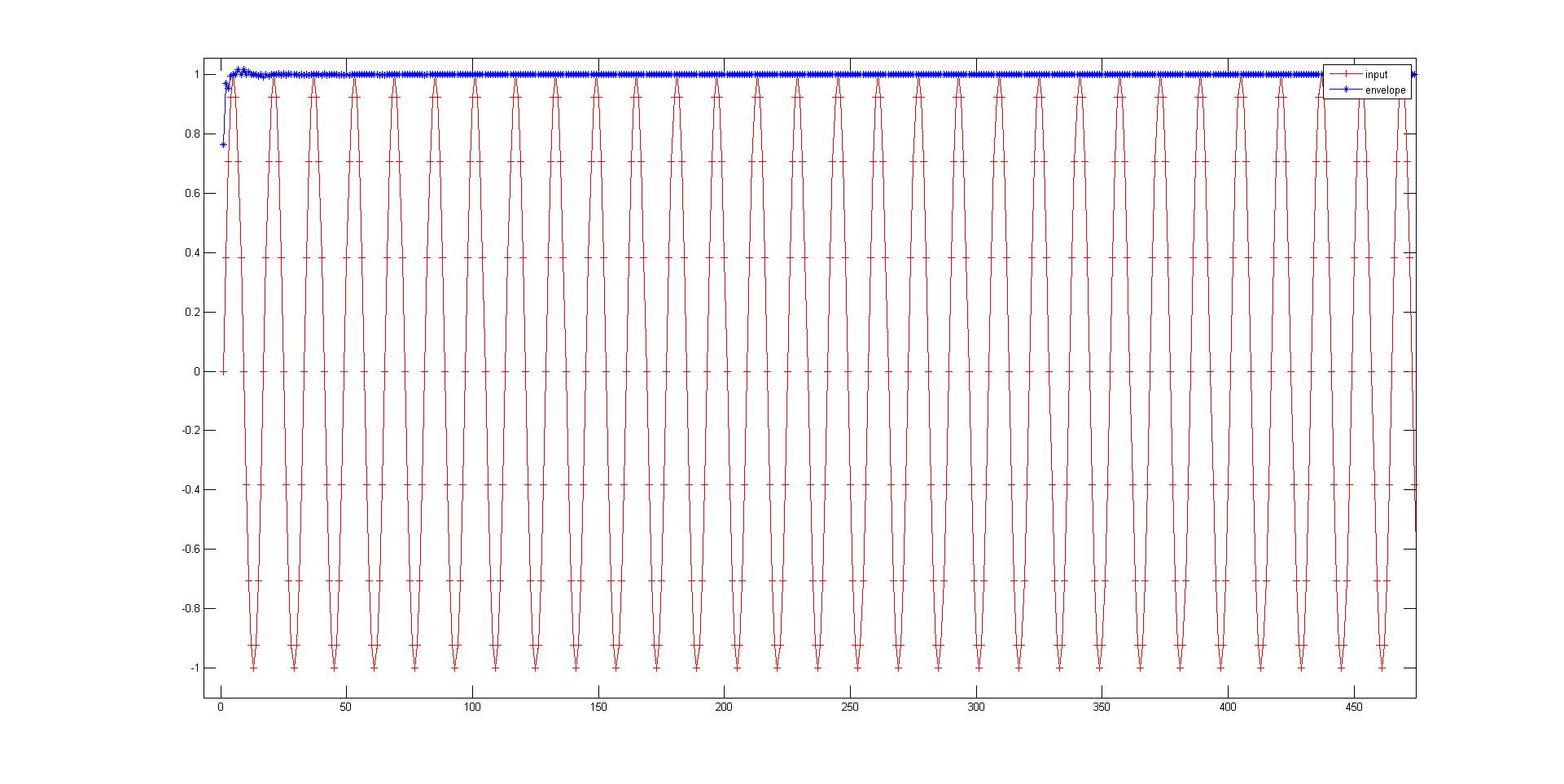 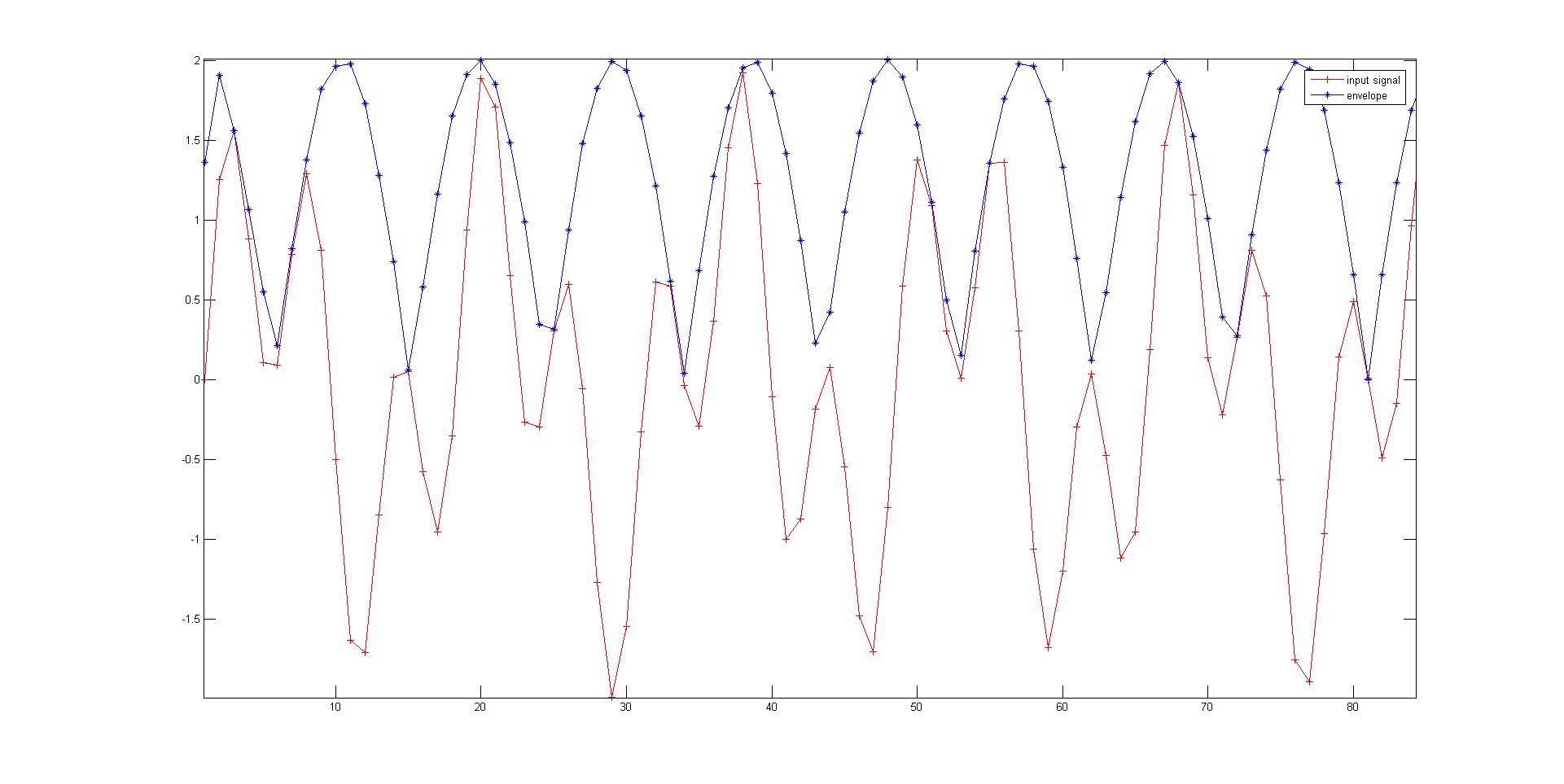 Where it is the imaginary component $\hat x (t)$ which is actually the Hilbert Transform of $x(t)$. Regardless it is the magnitude of the Analytic Signal which will give us the envelope as the OP is properly doing.

And we see in the first form above how if we designate $\cos(\beta)$ to be a "carrier frequency" that $\cos(\alpha)$ is sinusoidally modulating the amplitude of the carrier.

Demonstrating specifically what Hilmar and Jazzmaniac have suggested in the comments, the Hilbert Transform and Analytic Signal is a poor choice for envelope extraction of a broadband signal. 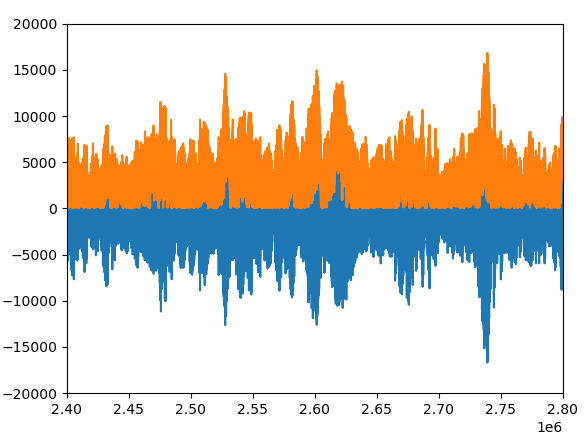 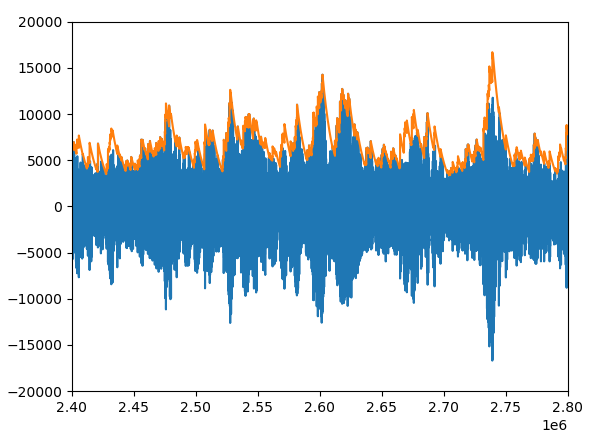 Not the answer you're looking for? Browse other questions tagged matlab hilbert-transform cosine envelope or ask your own question.

1
Why Hilbert Transform is terrible choice for amplitude demodulation of broadband signals?
1
How to detect and distinguish oscillations in a signal?
1
Getting envelope of noisy signal

1
Using FFT to demodulated a sine wave envelope with a cosine carrier
2
Hilbert transform pair proof
0
Hilbert FIR Filter for Q - Matching Filter for I
0
What is the IMAL envelope method?
1
How to recover a signal from its complex envelope
2
Conditions for analytical signal reconstruction with the Hilbert Transform (HT)
1
Question about Hilbert transform of a cosine signal
1
Negative instantaneous frequency with hilbert transform using scipy hilbert
1
Envelope detection in MATLAB