Why are there vertical lines in the power spectrum?

I took an image, did an fft2 to it in Matlab and then squared the abs of the fourier transform to get the power spectrum.

Something I notice about the power spectrum however is that there are vertical lines in it like this:

This is the original image which the power spectrum was calculated from, for reference: 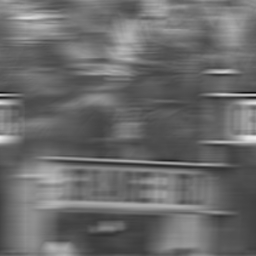 What are these lines and why do I see such phenomenon from the transformed image? Do the lines imply anything about the original image and the fourier transform?

Let's interpret what we are seeing: the spectrum seems to be made of the pointwise multiplication of 2 known Fourier patterns:

Now, let's see what the theory provides us:

Finally, let's summarize: the image was blurred by a linear (horizontal) kernel. This is a typical example of motion blur, where the motion is horizontal. This is confirmed by looking at the original image.

And as a bonus, here is a paper where special shapes of motion blurs are designed, where the blur shapes do not have zeros that will disturb the deconvolution process: http://web.media.mit.edu/~raskar/deblur/CodedExpousreLowres.pdf

1
Obtaining power spectrum from ACF, FFT using Matlab and FFTW
5
Why is level of power spectrum dependent on FFT resolution?
2
Dominant Orientation using Fourier Power Spectrum
0
removing vertical lines in grayscale images by thickness
1
Why are edges in spatial images represented as edges in their Fourier transform image?
10
Auto Detection of Rotation Angle on Arbitrary Image with Orthogonal Features
1
What is the meaning of the length of diagonal lines in FFT
1
Meaning of lines on x- and y-axis of a centered FFT-spectrum of an image