I am trying to write a function which takes an input signal and delays it by a non-integer index. The function is based on the ideal bandlimited fractional delay filter technique, already available in Matlab, by calling the function designFracDelayFIR.

I really do not understand why the output signal, instead of being a delayed version of the input signal is a scaled version of it, with much lower amplitude. Also, the scaling factor seems to depend on the fractional delay used.

The input sequence is an audio signal of 4000 samples, at sampling frequency Fs=8 kHz.

The code below shows the function implementation

EDIT: As a further test, I gave the function as signal input a unit impulse constructed by a 1 followed by a 1023 zeros, and set fd=1/3. I would expect to have as output the same impulse delayed by the desired amount, but instead I get a non-delayed and scaled down version of the input, as depicted in the figure below. The function returns i0=24 and bw=0.9033. 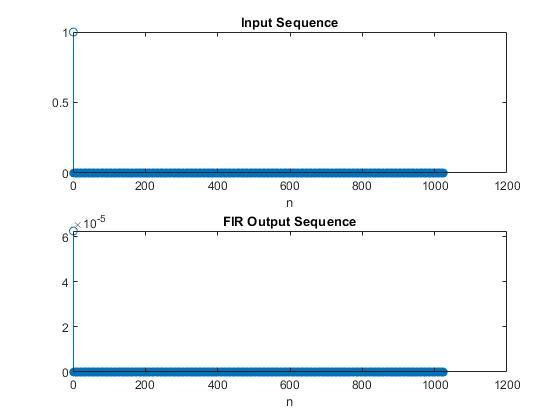 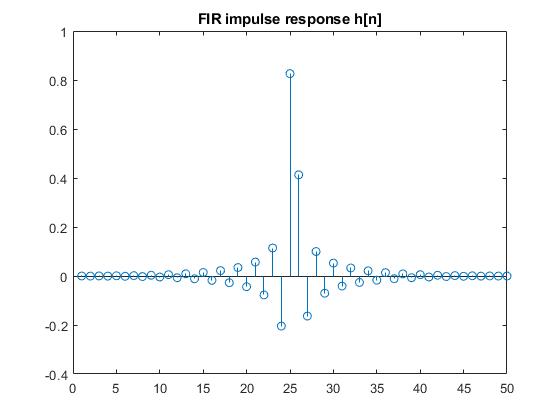 The MathWorks got back to me.

The issue is that dsp.FIRFilter expects the signal to be a column vector.

ensuring that x is a column vector, then the result is as below (which is expected). 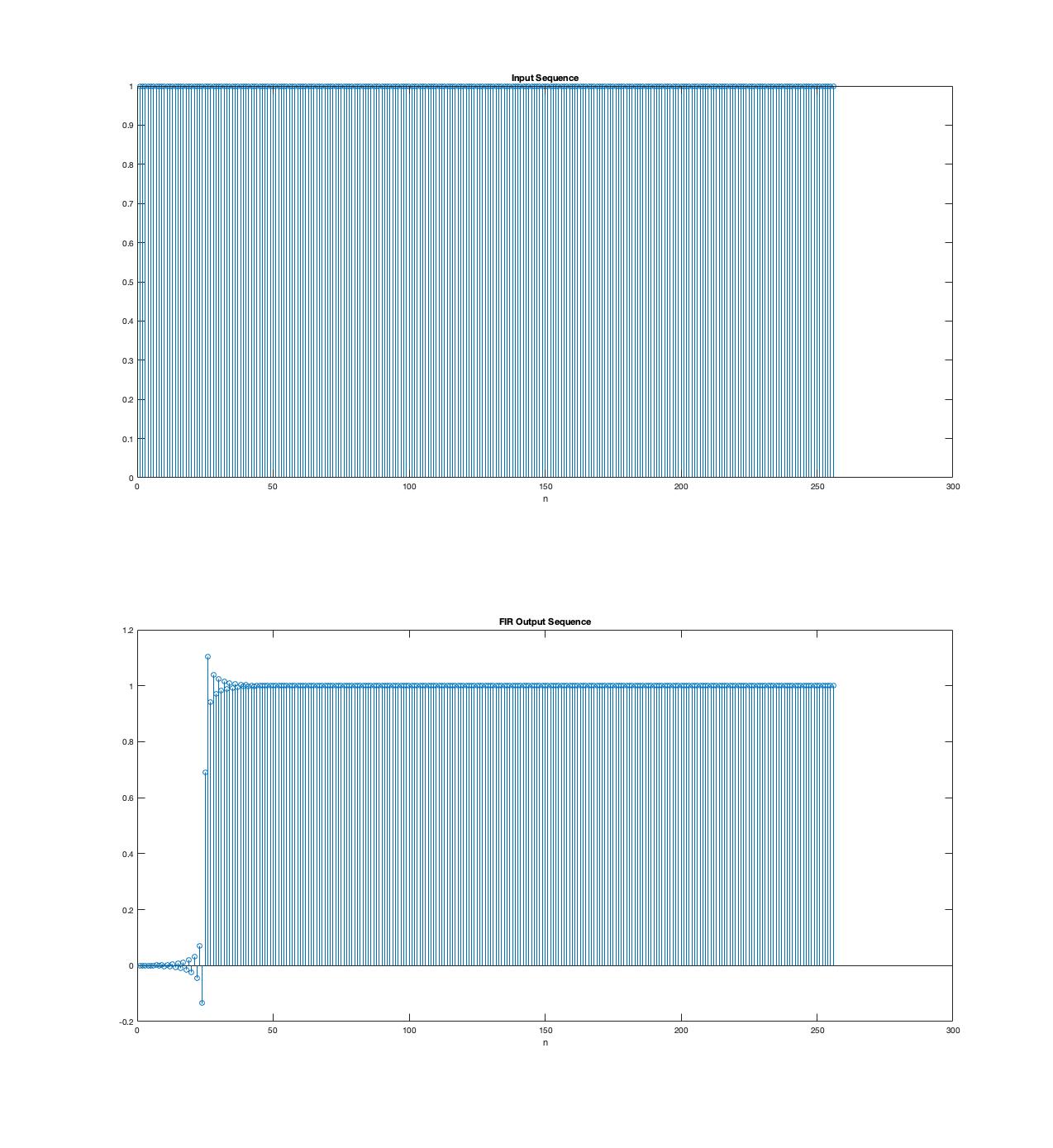 It seems that the Matlab module dsp.FIRFilter has a bug, and the solution is to replace

Thanks to @Hilmar for his support.

As asked by a commenter here is quick write up of the comments that helped solving the problem.

For general usefulness we treat this as "My code is not doing what I expect, how do I debug this?"

In this particular case we

Turns out it was item three, something appears to be wrong with the dsp.FIRFilter() class. It's either a bug in the code or the documentation.

I think you need to use column vector instead of row vector. DSP treats each columns as single channels.