Unsupervised Clustering of Images: Which Algorithms?

For instance, will extracting the images mean and variance be a useful method?

Let's take an example! I have MNIST database. It contains lots of images with the size 28x28. I want to make a plot like this. What should I use to get all the x-axis points and y-axis points? 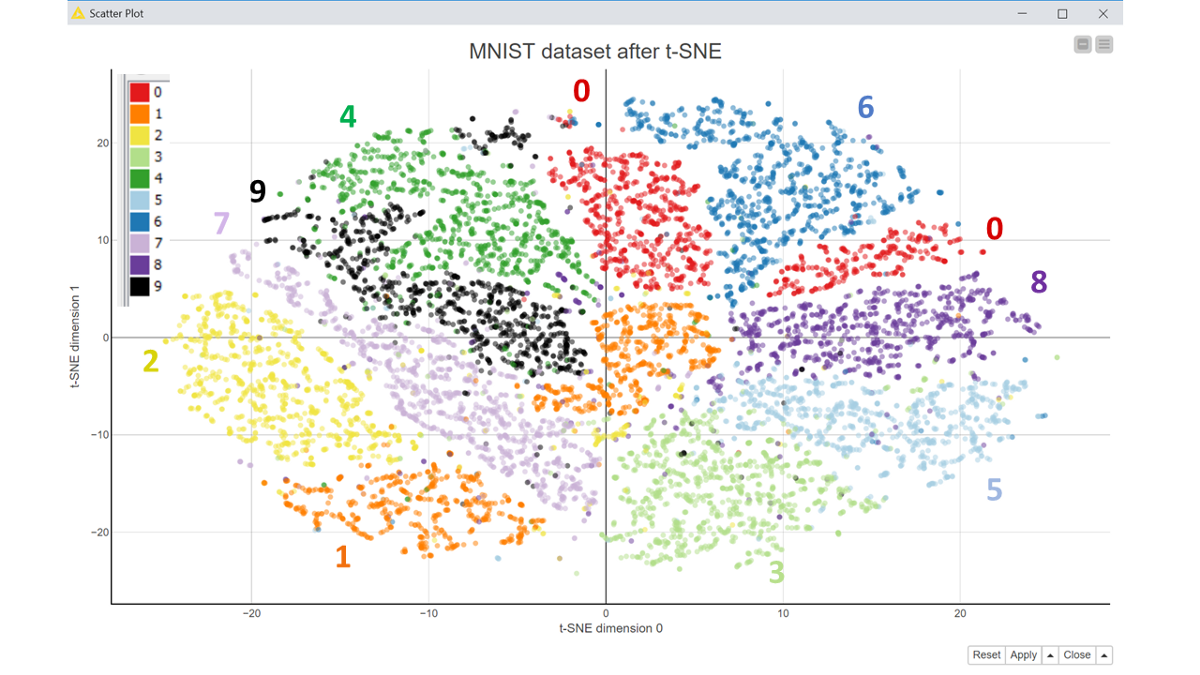 Unsupervised clustering of image data is tricky thing and requires adjusting the method to the content of the images set.

Assuming we're dealing with the MNIST data set we can do some nice things using known tools.
First, let's assume we're after 2 features, namely we're after a dimensionality reduction from 784 features / dimensions to 2.

The first approach you suggested, using Mean and Variance isn't fruitful for images.
This can be shown form the following image: 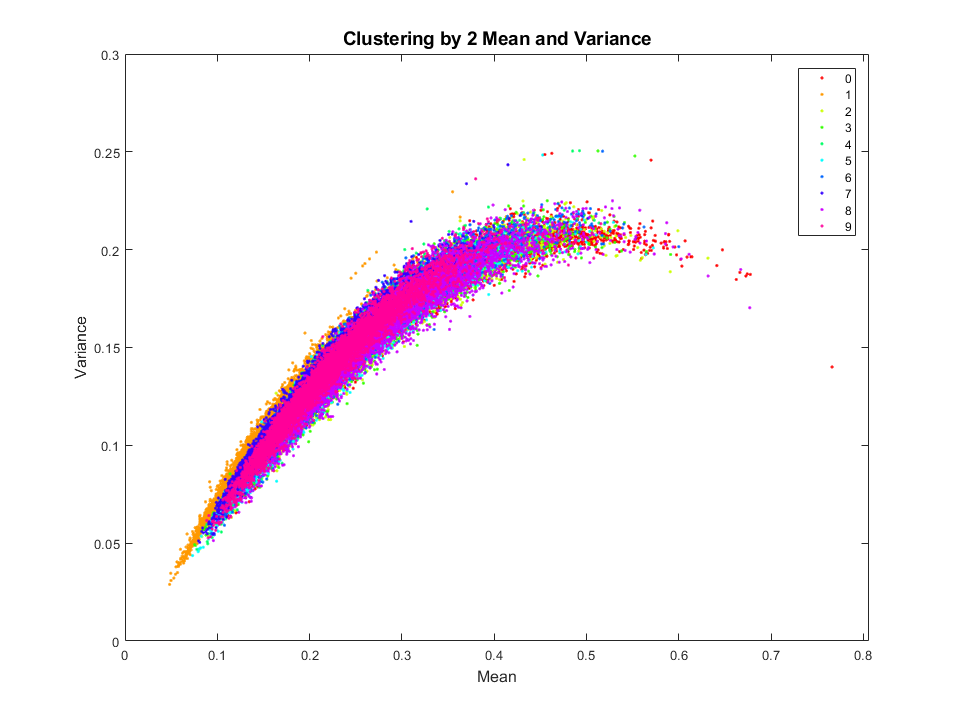 As we can see, the mean and variance features doesn't create separation between different classes of the data.

The other algorithm in your question, the t-SNE, originally developed for visualization is very capable in tasks like this.
It can reduce the dimensionality while keeping the classes information: 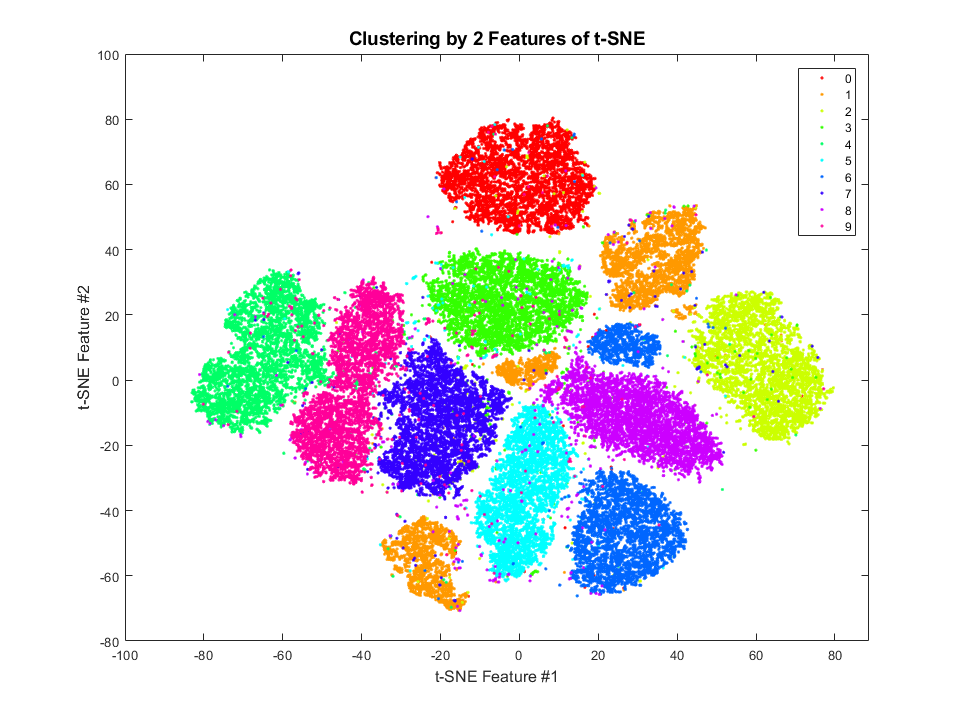 The idea is finding a method to embed data which is similar in high dimension closely in low dimension and keep data which is not similar far away.
Indeed in the figure above one could see that in most cases same digits are grouped together.

After the t-SNE we saw few other similar dimensionality reduction algorithm which are as capable (Even more) like UMAP.

The code is available at my StackExchange Codes Signal Processing Q80767 GitHub Repository (Look at the SignalProcessing\Q80767 folder).

Not the answer you're looking for? Browse other questions tagged image-processing matlab machine-learning unsupervised-learning dimensionality-reduction or ask your own question.

15
Measuring length of DNA fibers from an image of single molecules
2
How to achieve full number of words in a Bag-of-Features model based on Hierarchical K-Means?
1
Unsupervised Way to Choose K in K-Means Algorithm
1
Unsupervised learning algorithms to detect anomaly in waves
3
How can I take a fixed number of bins after N-point DFT when N is unknown?
1
Threshold for peak detection of noisy signal in frequency domain
2
Coordinate system in digital image processing
6
Image Clustering Using Linear Discriminant Analysis (LDA) Compared to t-SNE / UMAP
7
Building a Pipeline for Image Classification / Clustering Tasks with Features Extractor and Dimensionality Reduction (Example on MNIST Data)