I'm employing a frequency estimator to this problem and want to obtain its performance in terms of its MSE for each of the $p$ frequency components. This performance measure should be obtained from $M$ Monte Carlo simulation runs. Because the amount of complex exponentials $p$ is unknown in my application, it is the task of the estimator to also find this value. This means that for the $m$-th Monto Carlo run, the estimator will return a frequency vector $\hat{\boldsymbol{f}_{m}} \in \mathbb{R_{[-0.5, 0.5)}}^{q_{m}\times 1}$ where $q_{m}$ need not necessarily match $p$.

The method should work for different SNRs and different spacings between the true frequencies in $\boldsymbol{f}$. The shape of underlying PDF of the frequency estimator is in general arbitrary (but often Gaussian) and it might also be biased in some cases.

Unfortunately, I haven't found anything helpful in the literature in this regard so far. Therefore, help and clues from your side would be highly appreciated.

That's a really tough question, and I don't think there's a well-received answer to it (or really any answer).

The usual approach would just be to compare the MSE between the noisy signal $x$ and the signal made up of the estimates $\hat{x}$.

My (completely unfounded) suggestion is to use dynamic time-warping.

The code below attempts to:

The matching seems to work OK. Below are the three plots comparing: 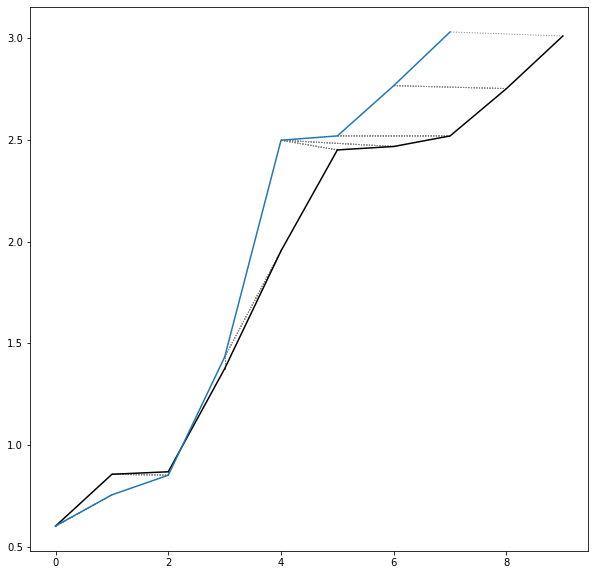 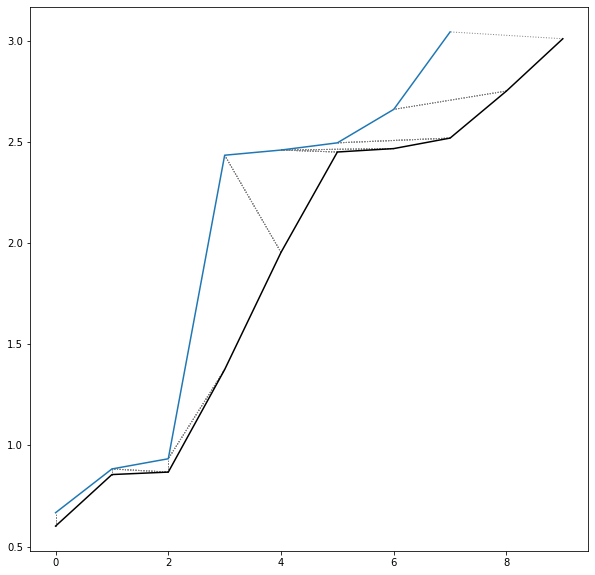 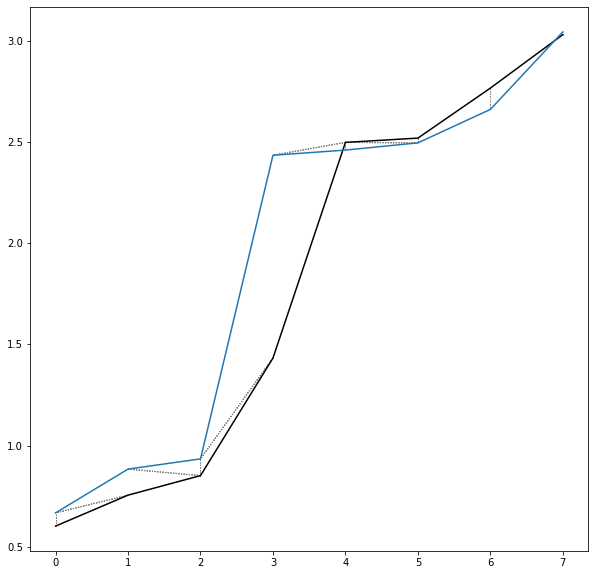 The resulting distances are:

To explain what's happening here, let's look at the three-way plot for comparing $x$ with $x_1$. This is generated in python with: 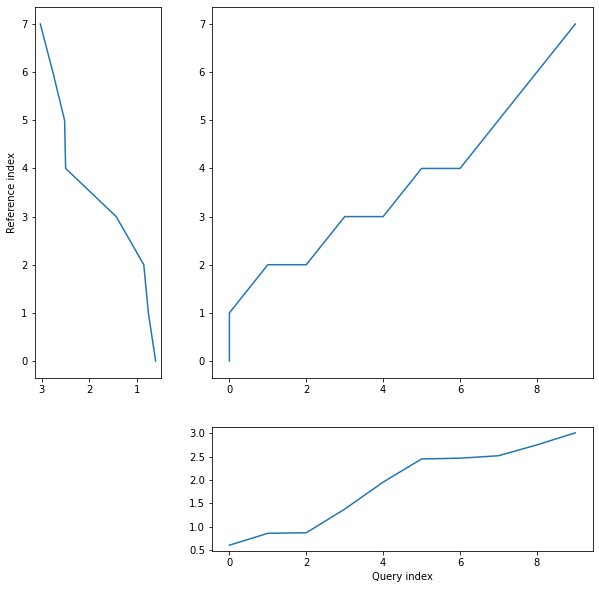 At the bottom, along the $x$-axis, is the 10 original noiseless frequency values.

In the center box is the mapping from one to the other that uses the least distance. The documentation for dtw-python says that it makes use of scipy.spatial.distance.cdist to minimize, and so probably uses the Euclidean distance by default. But others are possible.

Not the answer you're looking for? Browse other questions tagged frequency estimation or ask your own question.

1
FFT bin interpolation for low frequency with DC offset
0
Is there a rule of thumb for selecting the variance of the input?
1
Cramer Rao Lower Bound for Cross Correlation (Time Shift Estimation)
2
Why does this transfer function estimation not work? System identification
6
Derivation of the LMMSE (Linear Minimum Mean Squared Error) Estimate and the MMSE Under Gaussian Prior
0
Where do harmonics come from?