Signal values explode when filtering with bandpass and wiener in Python

I have a five second audio (speech with background noise), which I want to process first with bandpass filter and then with wiener filter to reduce noise. Audio is normalized between [-1, 1] and I expect the result to stay in this range also. It does when I do high or low pass filtering, but with a bandpass filtering, the values of the wiener filter explodes (they are approximately in range [-1500, 1500]. Can anybody tell me why?

Here's the Python code. I've tried both butterworth and elliptic filters, different cutoff frequencies and different parts of the audio sample, but all leads to the same result. So does the concatenation of high and low pass filters. 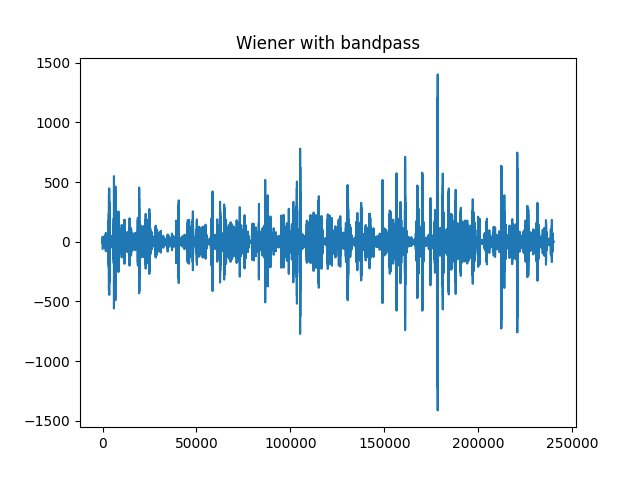 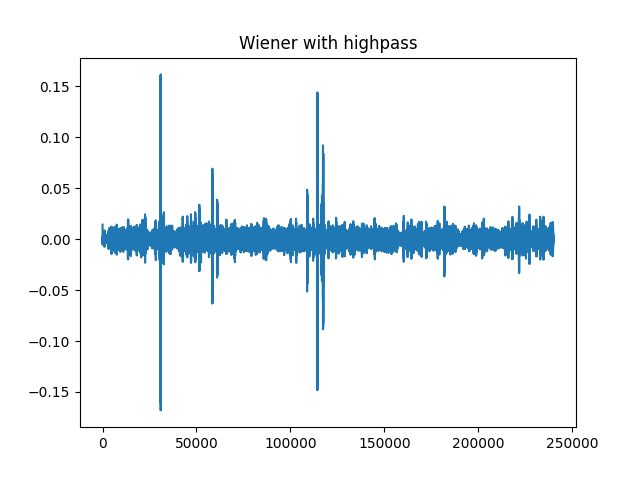 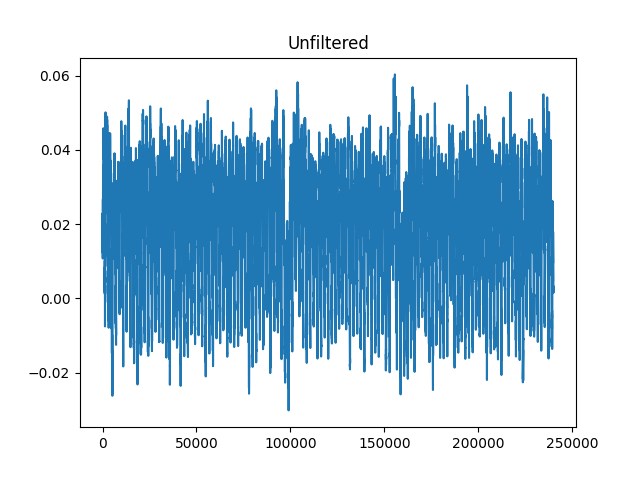 and it appears to work for me.

This is the absolute value of the FFT of the resulting signal: 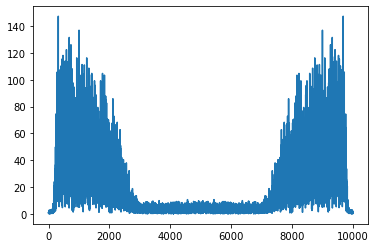 and this is the Wiener filtered signal: 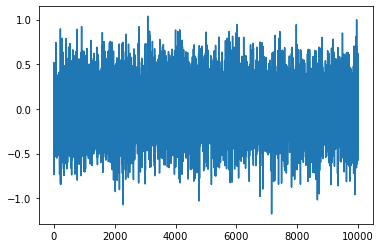 Otherwise, you're doing a Wiener filter on the STFT of the signal which will be doing something completely different from what you expect.

Not the answer you're looking for? Browse other questions tagged filters audio python butterworth wiener-filter or ask your own question.