Why Wiener filter is not optimal?

Now, here I describe how I generate the signal (in Python). I generate a 10 seconds white noise, and also generate a FIR transfer function true_h (there are 2 ways to generate it: one is designing a FIR bandpass filter and using it, the second is measured from a real room experiment).

The goal is to estimate $w = \mathcal{F}^{-1}(W)$ where $W$ is the estimated Wiener filter in frequency and $\mathcal{F}^{-1}$ is the inverse discrete Fourier transform.

The Wiener in the frequency domain is calculated as:

The application of the estimated filter $w$ is done as follows:

When I use frequency/fast block LMS (FBLMS or FLMS), I obtain a residual $e[n]$ which is about -40 dB, i.e. the estimation of true_h is almost perfect.

I also plot both Wiener and FLMS estimates of true_h compared to the true transfer function (both in the taps and frequency domain) and get a very good match, but the match is better in FLMS than in Wiener).

This is odd, since Wiener is considered as the optimal filter in the MSE (mean square error) sense. But in this example, Wiener is performing worse than FLMS. See the results below: 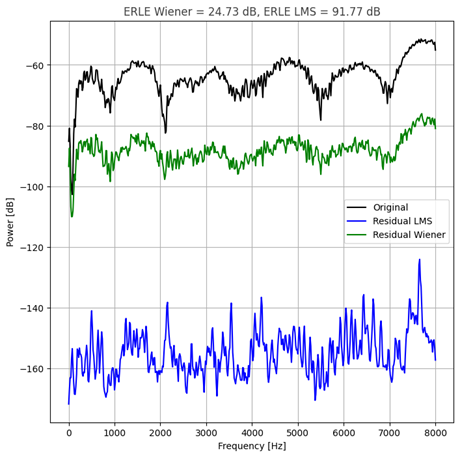 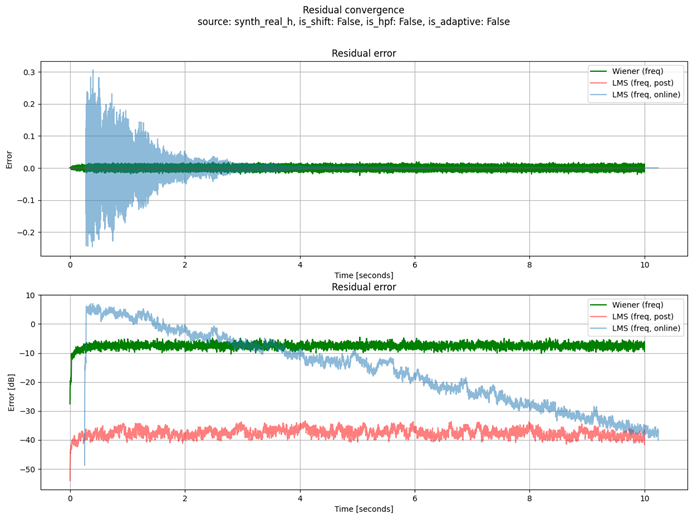 Added on edit: Here I further investigate Wiener. I generated a 150-taps FIR, and apply it on a white noise signal (generated by normal distrubtion):

Then calculated Wiener by: 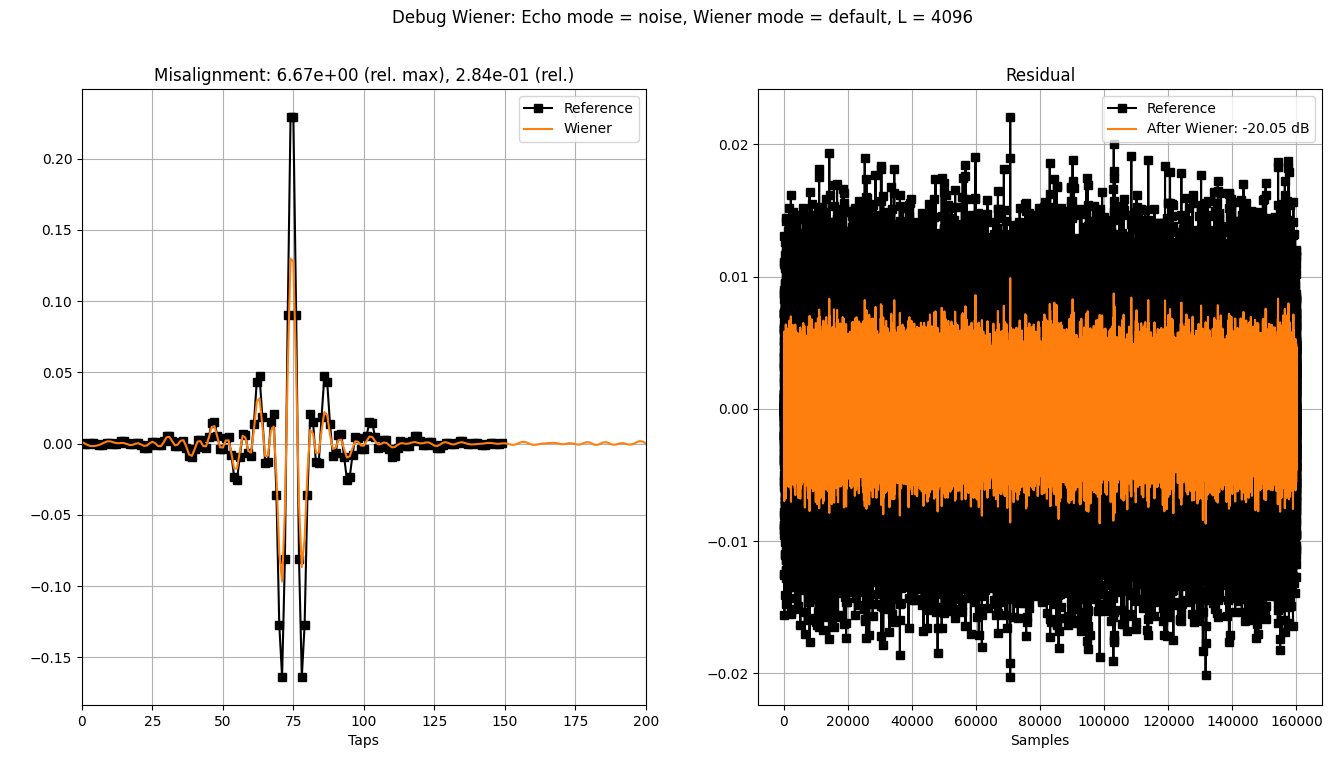 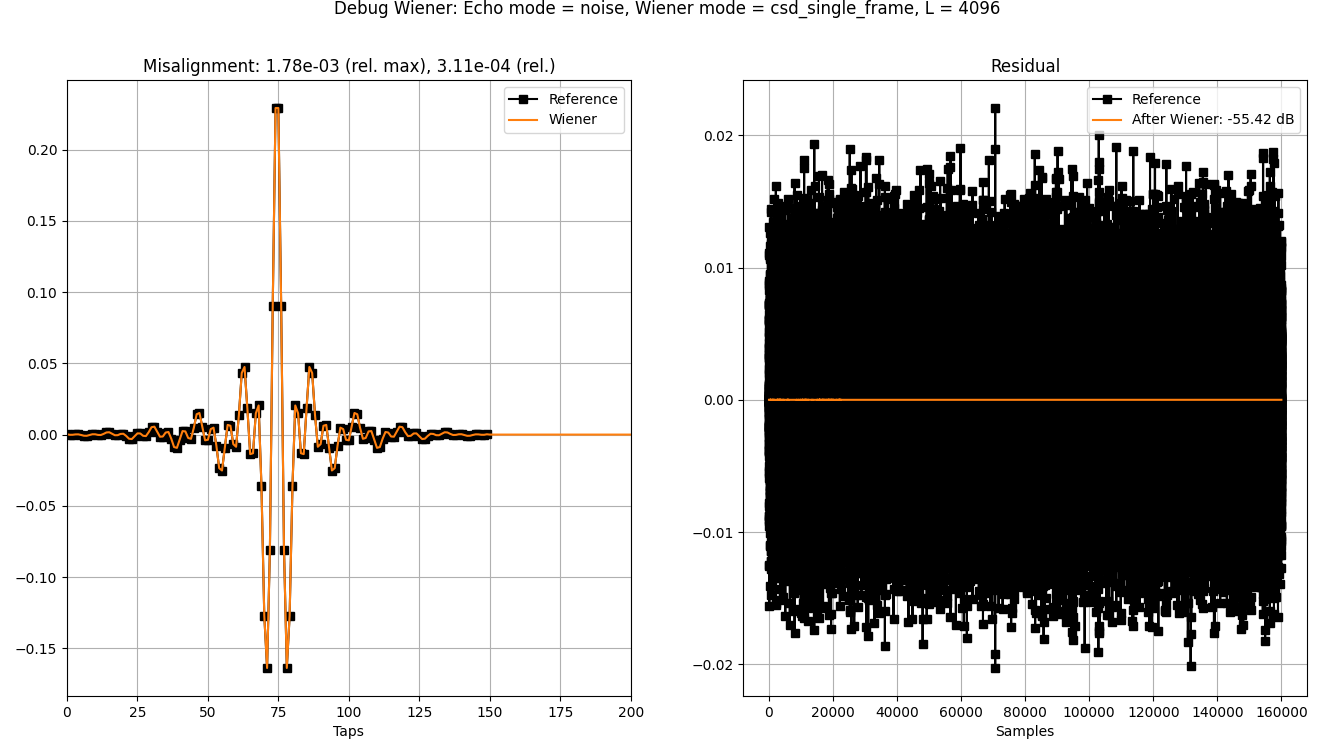 Fig 4: Misalignment and residual after Wiener (one big frame)

As we can see, the second method yielded far better result, but still not a perfect 0 residual (i.e. residual < -100 dB).

Added in Edit: It seem that this is the case when the signals are synthetic: i.e. the reference is a white noise generated by numpy.random.randn and the transfer function is generated by scipy.signal.firwin with about 50-250 taps. For real data, it seems that Wiener performs better.

Added in another edit: 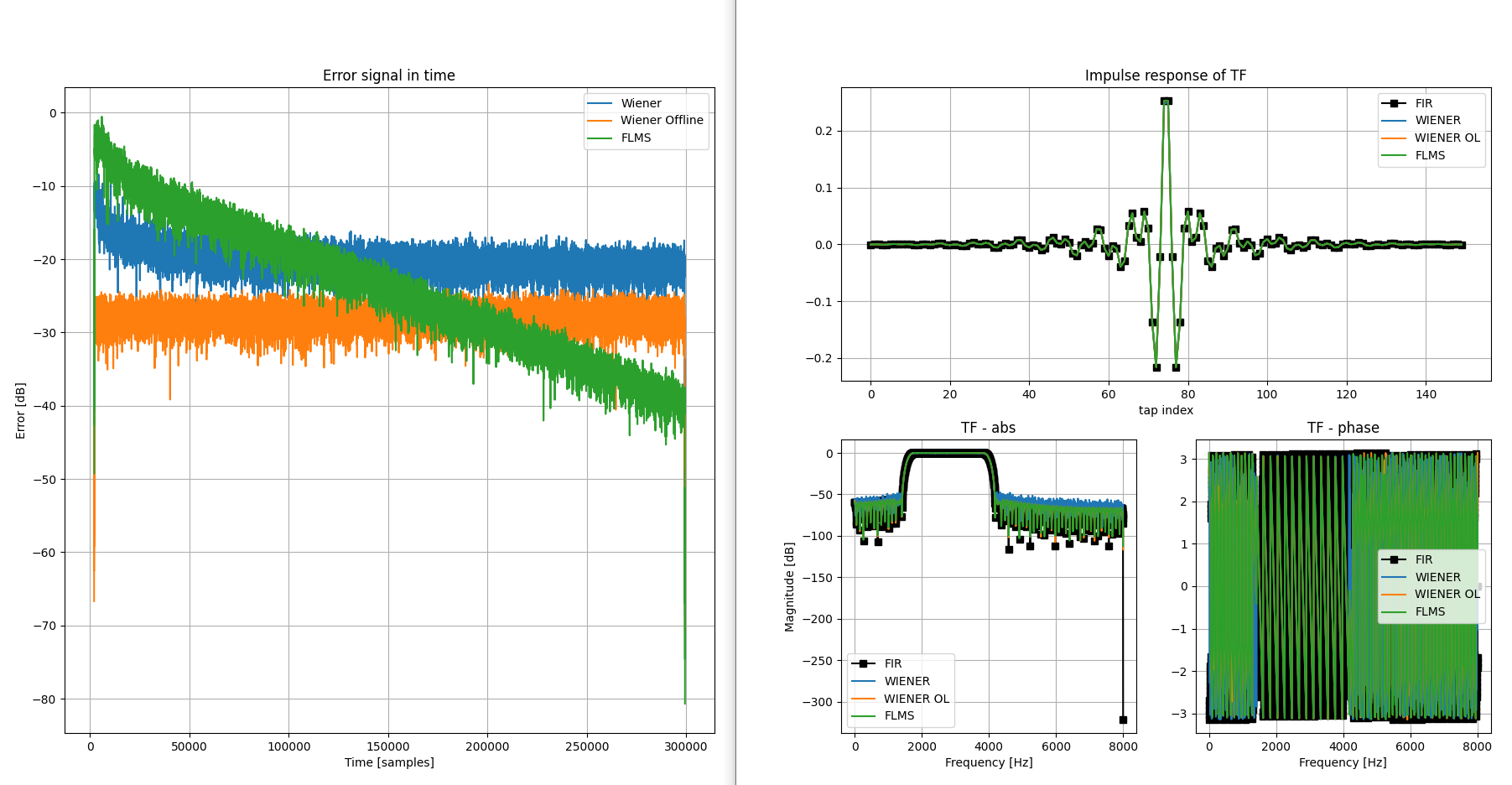 As it can be seen, for the synthetic case FBLMS is better than Wiener while for the real case it is vice versa, Wiener is better and FBLMS converges to Wiener.

The Wiener filter minimizes the MSE under a series of assumptions, which usually don’t match reality. That means that, in practice, it will not give the solution with the smallest MSE possible.

Using the Wiener filter for deconvolution is the simplest thing you can do, and there are many other, more complex deconvolution algorithms that produce better results.

Not the answer you're looking for? Browse other questions tagged filters python lms wiener-filter or ask your own question.

5
Recover Filter Coefficients from Filtered Noise
2
System identification/ Filter estimation to mimic frequency equalizer of audio with Scipy
3
BER performance of a colored noise
0
Wiener Filter in Frequency Domain: What it does to a specific Frequency?
3
Why is White Noise so important in System Identification or Adaptive Filters
1
Why Wiener filter not IIR
1
Deconvolution of system response in Python/Matlab
0
Dealing with normalized cut-off frequencies larger than 1.0
1
Find coefficients of optimal Wiener filter of length 2