I've just tried to approximate the periodic-parabolic signal by Fourier Series. I know, this sounds a bit strange. I am just trying to figure out relationship between Fourier Series and Taylor Expansion.

After first run, I successfully composed to signal. Here is the result. 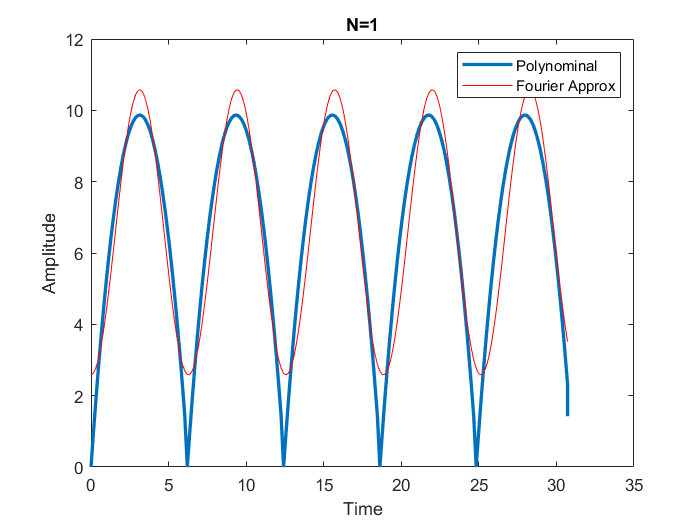 3
Number of zeros of a sum of Shah functions by applying Rice's formula?
0
Fourier series approximation: DC component and fundamental frequency
2
Fourier series coefficient of signal when Time period is twice the fundamental period
1
Separation of signals without loss of information about the signals themselves
2
Source Localization with the BLUE Estimator
0
Taking the area under a square pulse
2
Meaning of Rect and Train of Rect Spectra
1
How to interpret the Fourier Transform 𝑋(𝜔) (Foundational Questions)