For an edge detection algorithm, I need to compute second-order derivatives of an image, and I do this with use of Gaussian derivatives. I assumed that the scipy.ndimage.gaussian_filter implementation of this principle would work well, but I get a confusing result. My question probably revolves around whether this is erroneous behaviour (i.e., a bug) on the side of scipy, or whether there is a fundamental reason for it.

The test array is 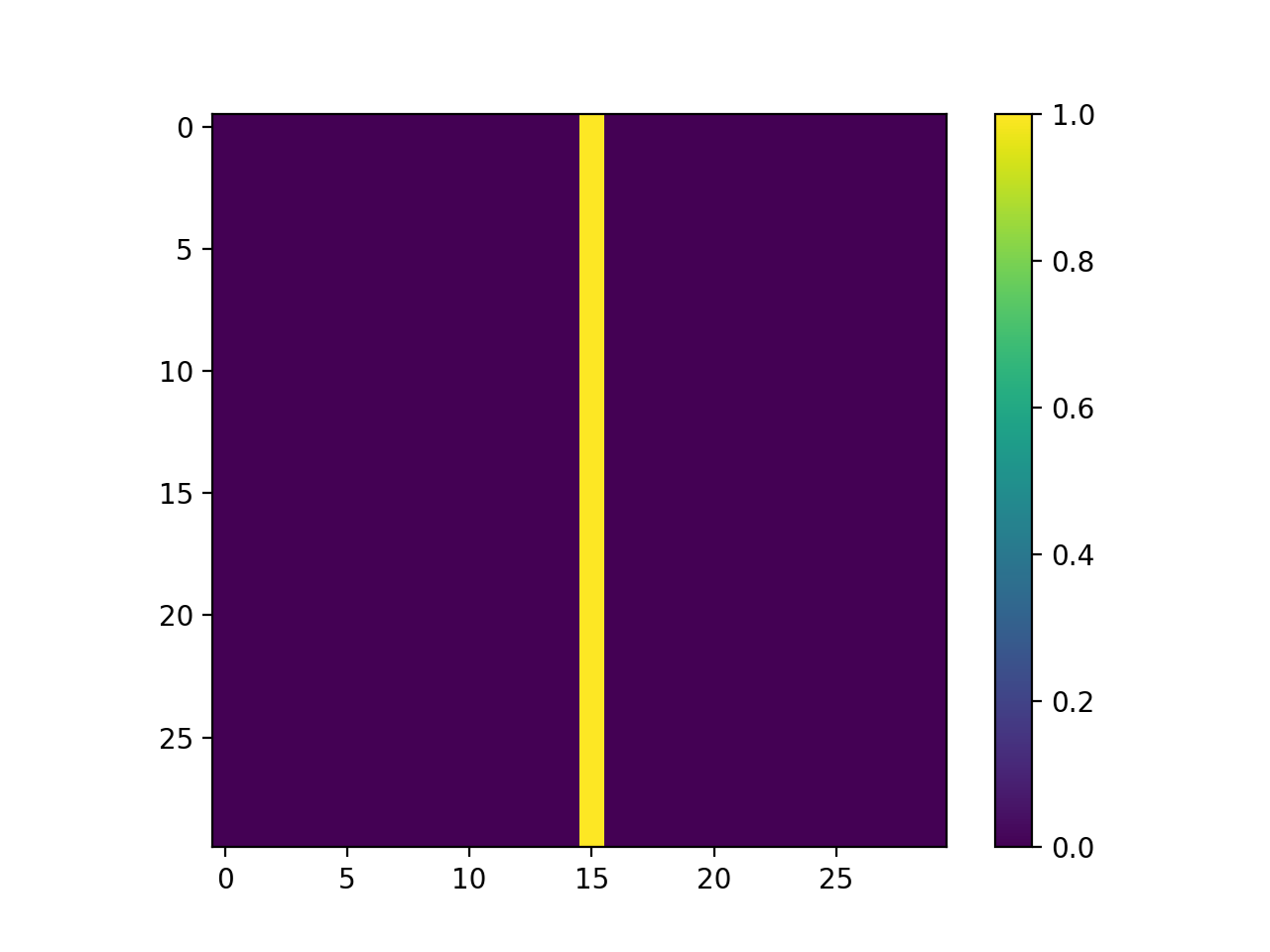 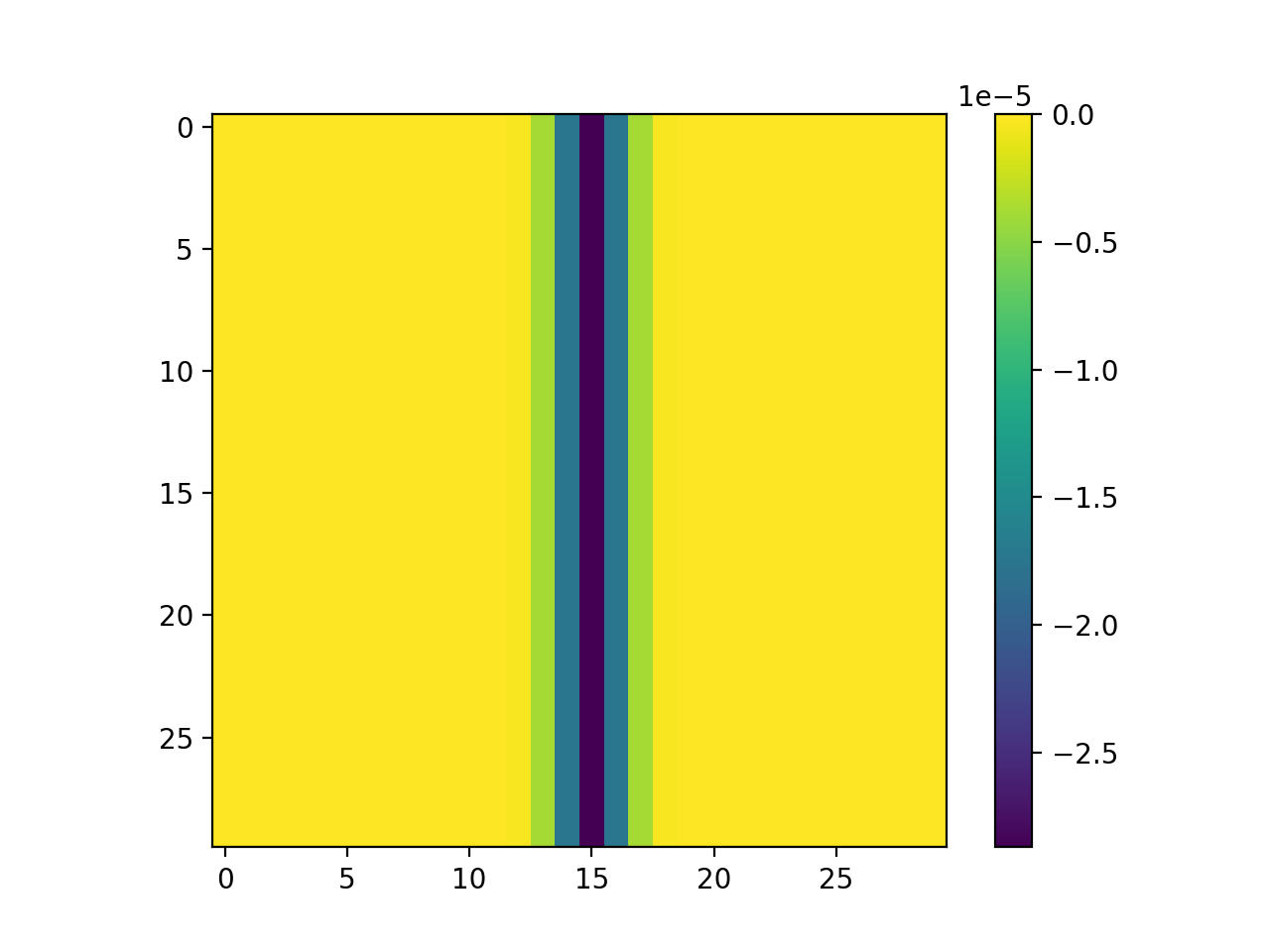 As you can see, values on the order of 1e-5 are somehow present. This doesn't quite make sense, as (1) the solution should be just 0 everywhere, (2) the second derivative shouldn't be varying in the row direction. 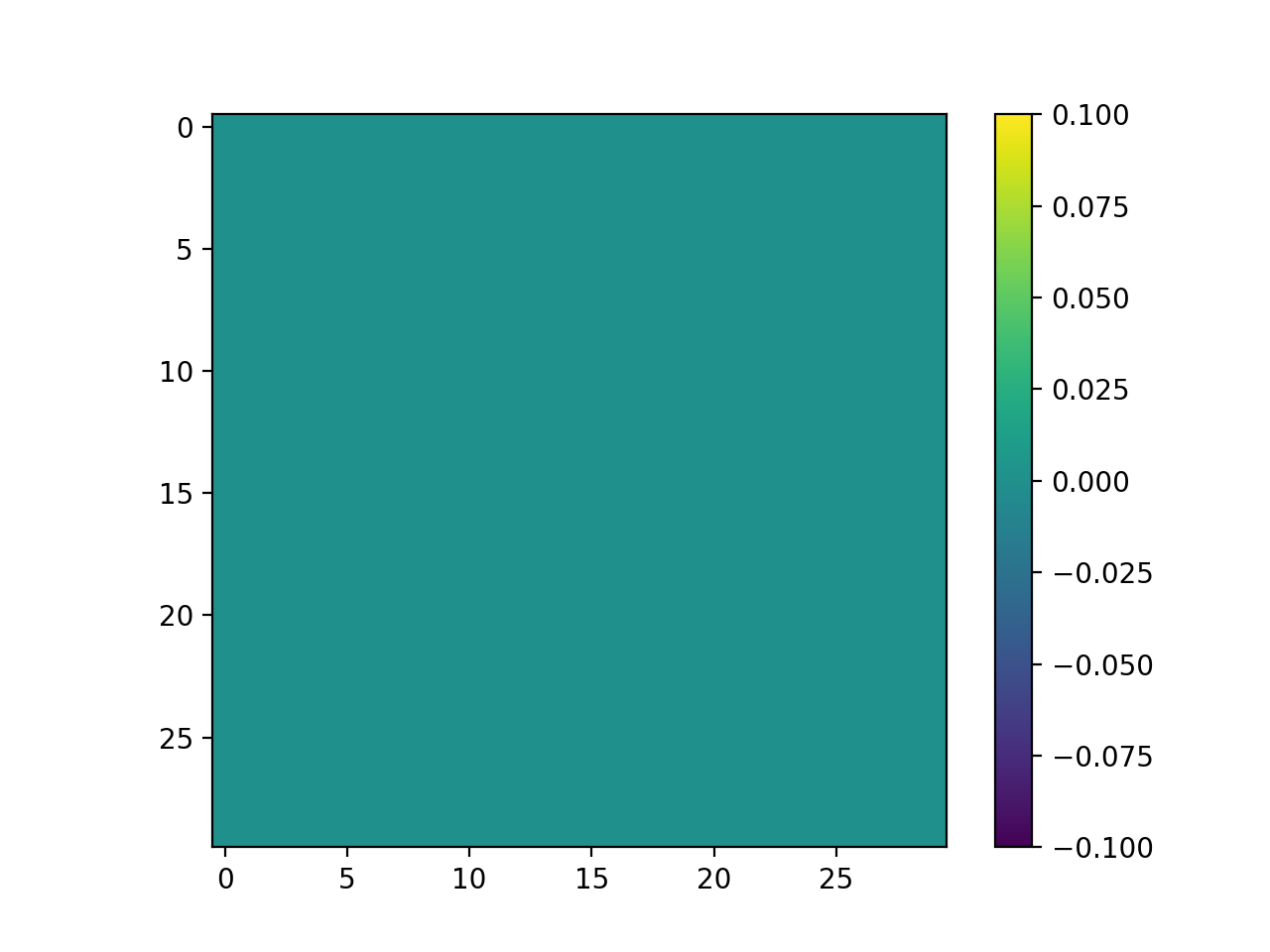 This result simply has zeroes everywhere, which is what I would expect.

My question: am I right in assuming the scipy operation contains a bug somehow? What would be the likely error? It is not the same as https://stackoverflow.com/questions/45255265/unexpected-behavior-of-gaussian-filtering-with-scipy, which is specifically related to using a cval incompatible with the array. I use mode='reflect' to avoid this issue.

Ndimage generates a Gaussian kernel by sampling a Gaussian and normalizing it to 1. The derivative of this kernel is generated by modifying that normalized kernel according to the chain rule to compute the derivative, and this modification is applied repeatedly to obtain higher order derivatives. Here is the relevant source code.

This indeed leads to a kernel that produces imprecise second order derivatives, as described by the OP in the question and the very nice answer.

Indeed, one can not just sample a derivative of Gaussian to obtain a convolution kernel, because the Gaussian function is not band-limited, and so sampling causes aliasing. The Gaussian function is nearly bandlimited, sampling with a sample spacing of $\sigma$ leads to less than 1% of the energy being aliased. But as the order of the derivative increases, so does the bandlimit, meaning that the higher the derivative order, the more sampling error we get. [Note that if we had no sampling error, convolution with the sampled kernel would yield the same result as a convolution in the continuous domain.]

So we need some tricks to make the Gaussian derivatives more precise. In DIPlib (disclosure: I'm an author) the second order derivative is computed as follows (see the relevant bit of source code):

As we can see, the error in this case is within numerical precision of the double-precision floating-point values: 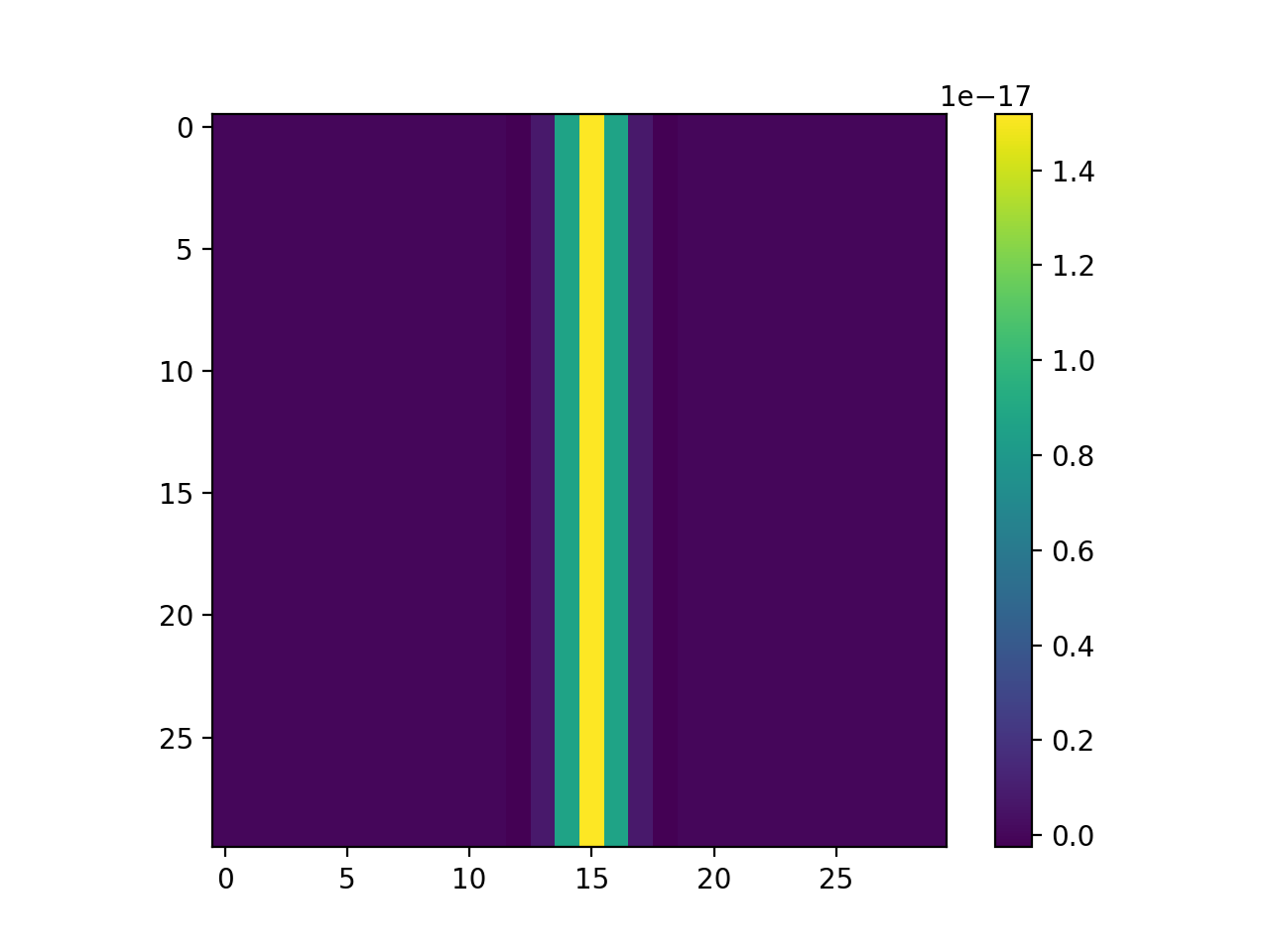 The DIPlib code to generate a 1D second order derivative of the Gaussian is equivalent to the following Python code:

I think I have figured out the answer. The results have to do with the difference between the integral of a continuous Gaussian function, versus the sum of a discretized Gaussian.

In the ideal case, continuous and discrete sums of Gaussians already differ

So, I can now answer the question posed above (which was 'why do two successive 1st-order derivatives give the correct result, but a single 2nd-order derivative not?'): after applying the first derivative operation, only zeroes remain (per the result for $G_1$ described above), which leads to field of zeroes for the second convolution operation. Conversely, an immediate application of $G_2$ simply returns the sum of the kernel $G_2$ multiplied with the local value. That second definition should be 0 in the ideal and continuous case -- but because we're working with a discrete application of convolutions it ceases to hold. Even if we use a very large truncation (e.g., specify truncate=1000 when calling the Gaussian filter in Python), it will not converge to 0. Instead, it will converge to $G_0[0]\sum_{\tau=-T}^T G_2[\tau]=-8.42695\times10^{-8}$ (the term $G_0[0]$ comes from the Gaussian which is applied in the horizontal direction), which we can confirm with our code: 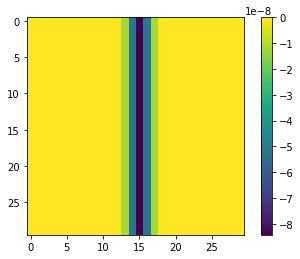 So, to conclude, the scipy implementation is correct, and it does what it is supposed to do, from a discrete point of view. However, from a continuous point of view, the results are slightly unexpected and seem wrong. I'll ponder what the most appropriate fix is. Perhaps, we must simply ensure that the summation convention holds, by slightly modifying the kernel $G_2[0]$, after which the discrete kernel will mimic the continuous kernel, at least for constant functions!

Not the answer you're looking for? Browse other questions tagged image-processing python gaussian scipy derivative or ask your own question.