Difference between 'conventional' and 'adaptive' beamformers?

This might be a terminology question but I am not sure.

A beamformer is basically a spatial filter. It can be passive, just like a temporal filter.

Adaptive filters/beamformers can be incredible because they can "steer" a null towards a frequency or angle where there is an interfering signal.

Just like a temporal adaptive filter, a spatial adaptive filter (i.e. beamformer) is constantly adjusting the filter weights/coefficients to optimize some criteria that usually involves "nulling out" or "rejecting" an interferer.

Here's a diagram of a CBF that is called a "K-Omega" Beamformer.

Here's a diagram to reinforce the idea that a passive beamformer is possible. 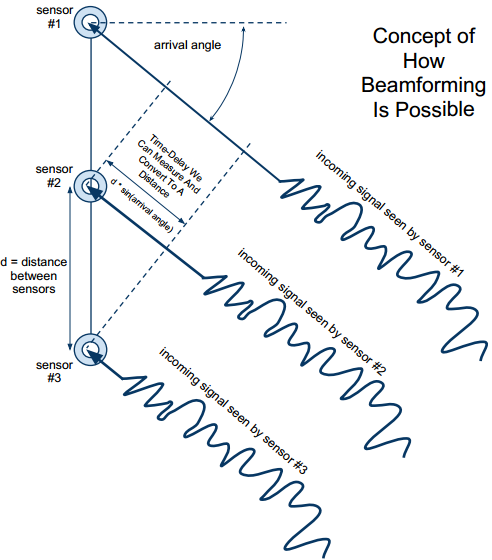 I realize that these are a bit random, but hopefully you can follow the logic of the above. I'll see if I can find a better diagram that more clearly shows what's happening. To be clear, the windows referred to above are Hamming/Hanning type windows, and this process is basically returning a 2-d matrix where temporal frequency is on the x-axis and a special spatial variable is on the y-axis. This special variables makes the math easier, and it's a one step process to convert the special spatial variable and temporal frequency to an angle of arrival.

The green lines below are lines of constant angles. 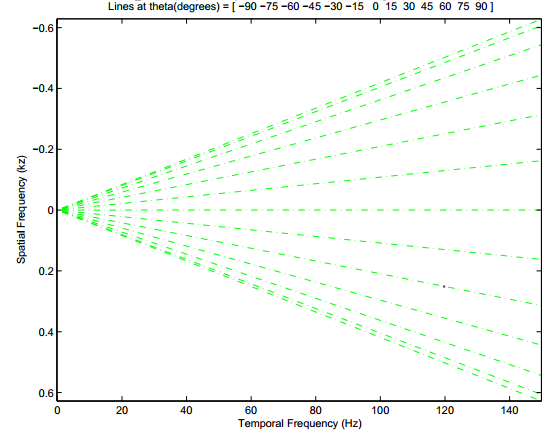 Keep in mind that all of this is for CBF (conventional beamformers) and the above covers all spatial and temporal frequency (within the limits of Nyquist.
Some common ABF techniques are:

Update for @Mohammad: Below is the list that of beamforming texts I received from my professor:

Also, after searching around, this looks very interesting. It seems to be more interested in the practical/implementation side than the theory. I don't have it but I'll probably buy a copy:

Not the answer you're looking for? Browse other questions tagged filters frequency adaptive-filters adaptive-algorithms beamforming or ask your own question.