I am analyzing some time series of sea surface water temperature and am using wavelet analysis to do so. I am computing the continuous wavelet transform and then removing some specific frequencies and then converting the series back from the frequency to the time domain. I am following the methods of torrence and compo 1998 (Practical guide to wavelet analysis) to perform this operation but am a bit confused as to why my results are not as expected. As an example, I will fist decompose the time series into the frequency domain and then reconstruct the signal without altering any of the coefficients: 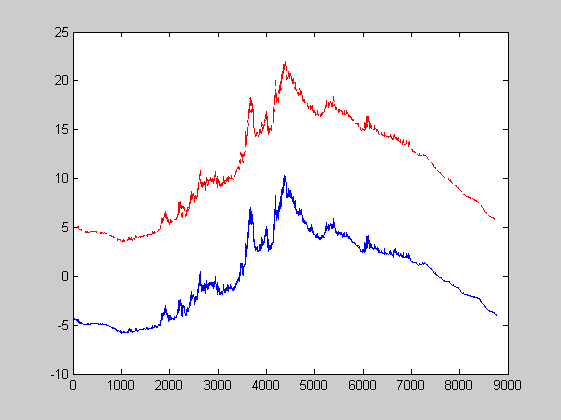