Why do object-boundaries look better on a badly rectified image?(openCV stereo correspondence)

I got 2 pictures which is almost parallel, and not positioned very far from each other.
I'm using OpenCV to try to create a disparity map (Stereo correspondence).
Because I'm trying to use it in a real world scenario, the use of chessboard calibration is a bit un-practical.
Because of that, I'm using stereoRectifyUncalibrated().

I tried to compare the results, using 2 different sets of corresponding points for the rectification: 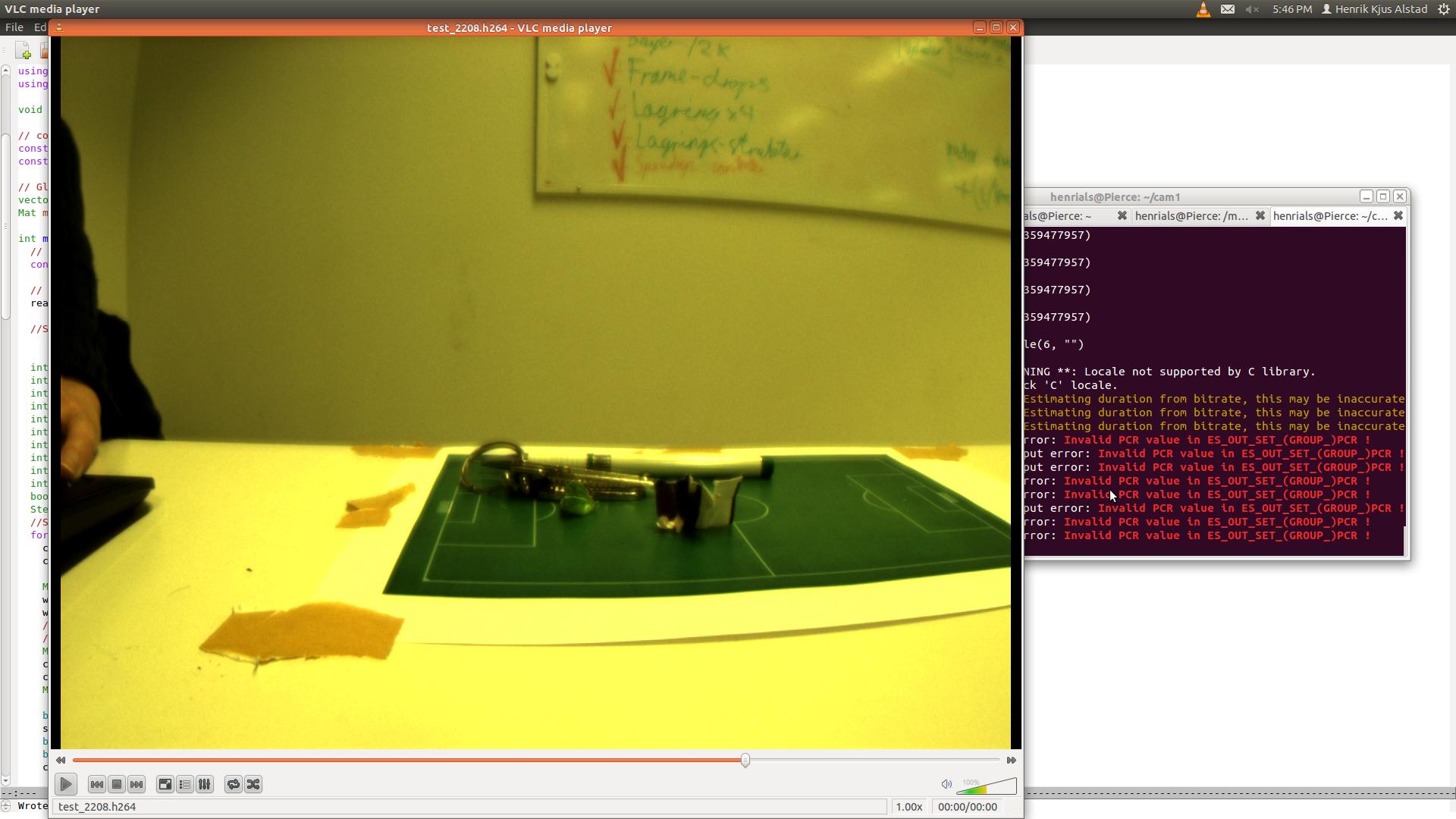 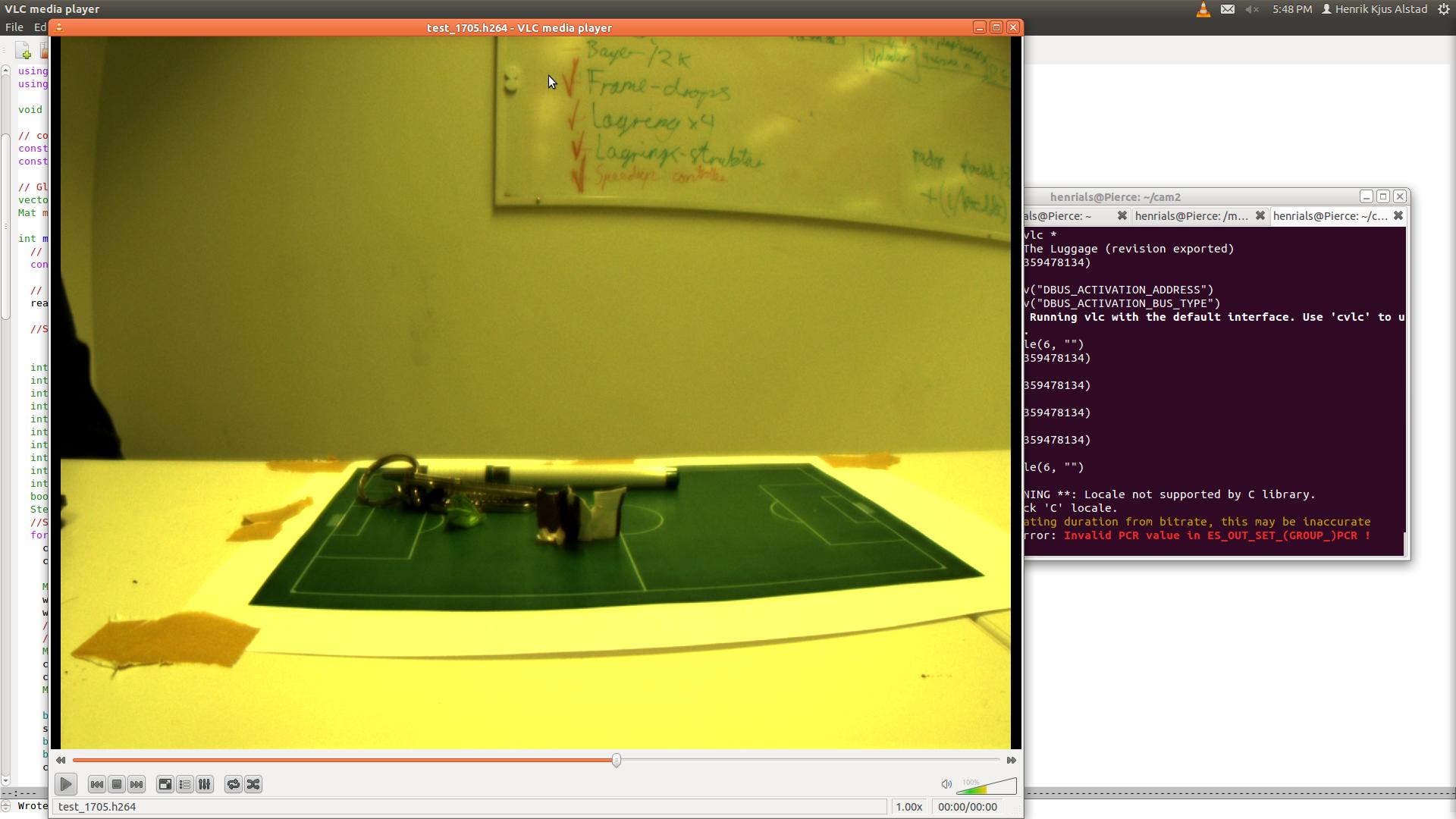 Rectified images with SURF and RANSAC:
(1 and 2 in that order): 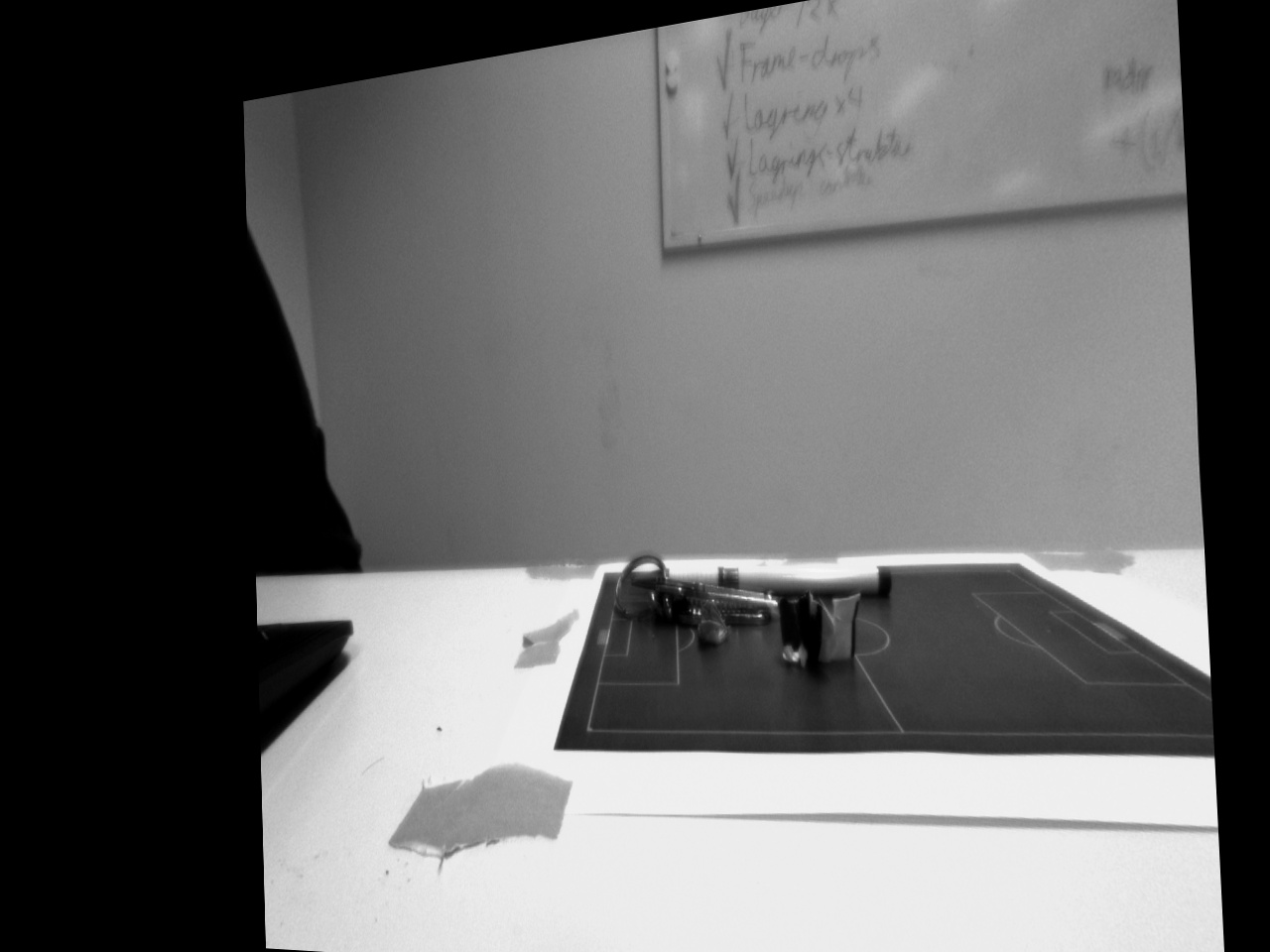 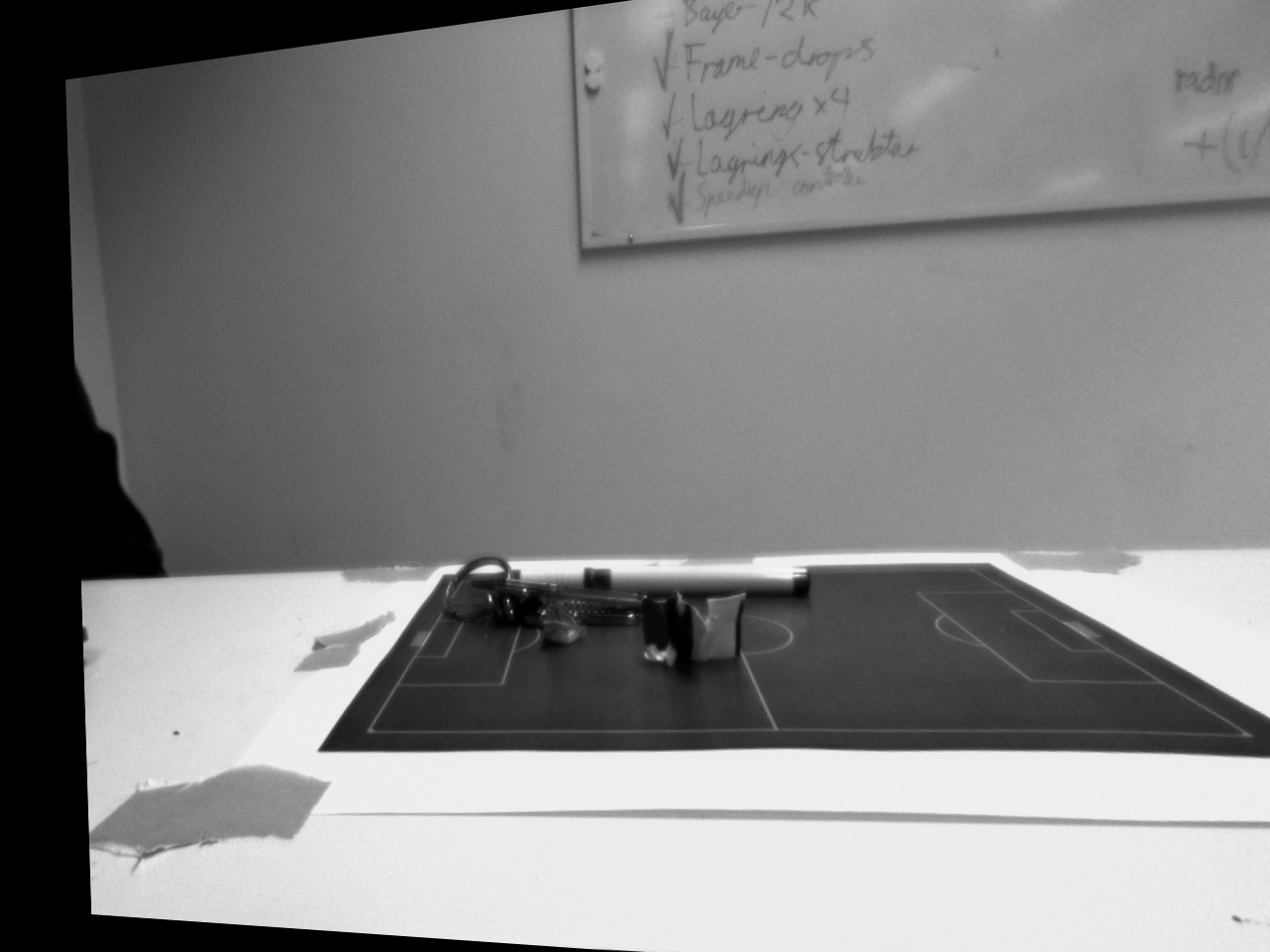 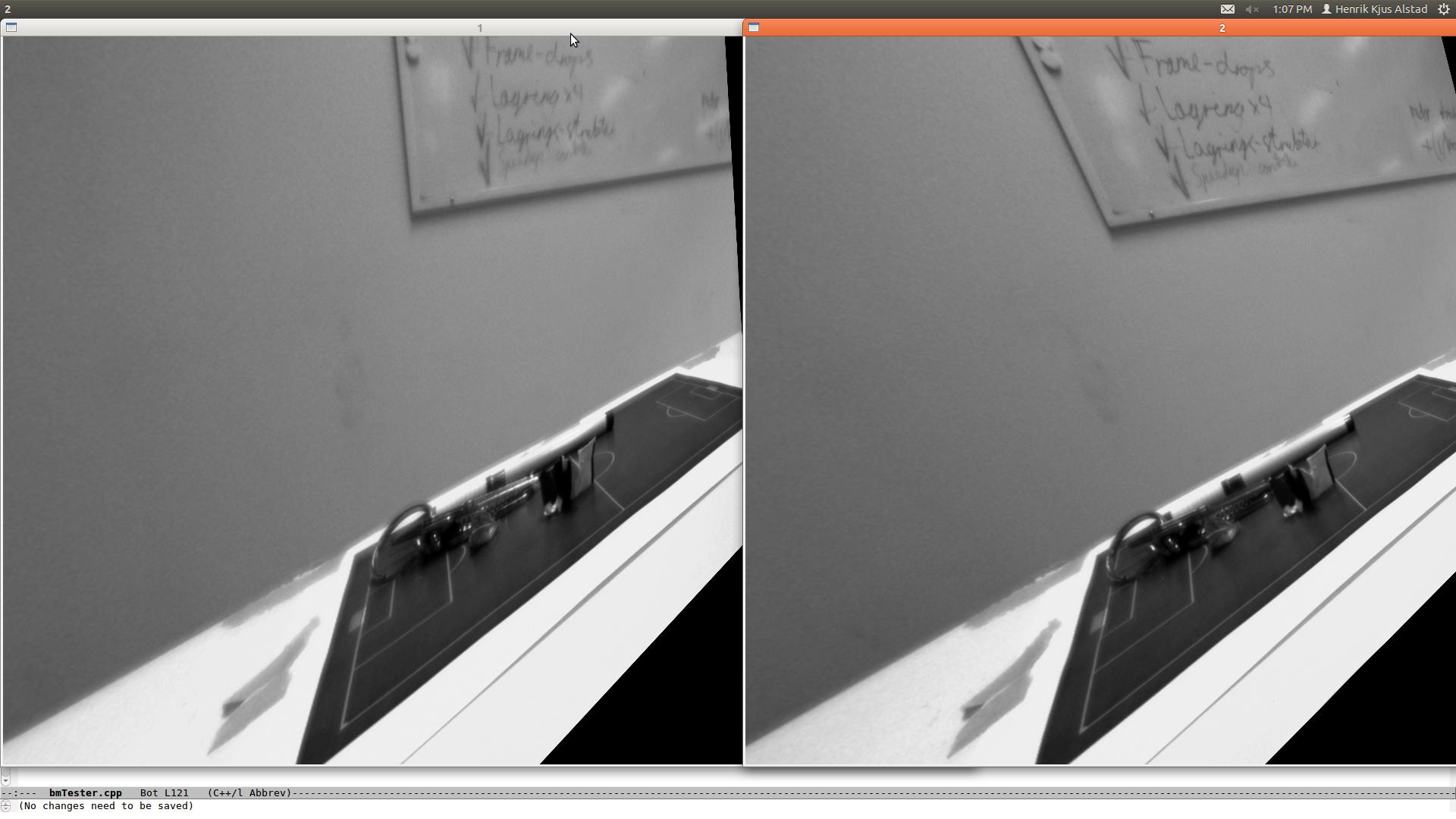 But when we look at the result of openCV's sgBM() using both our rectifications:
Manual point result: 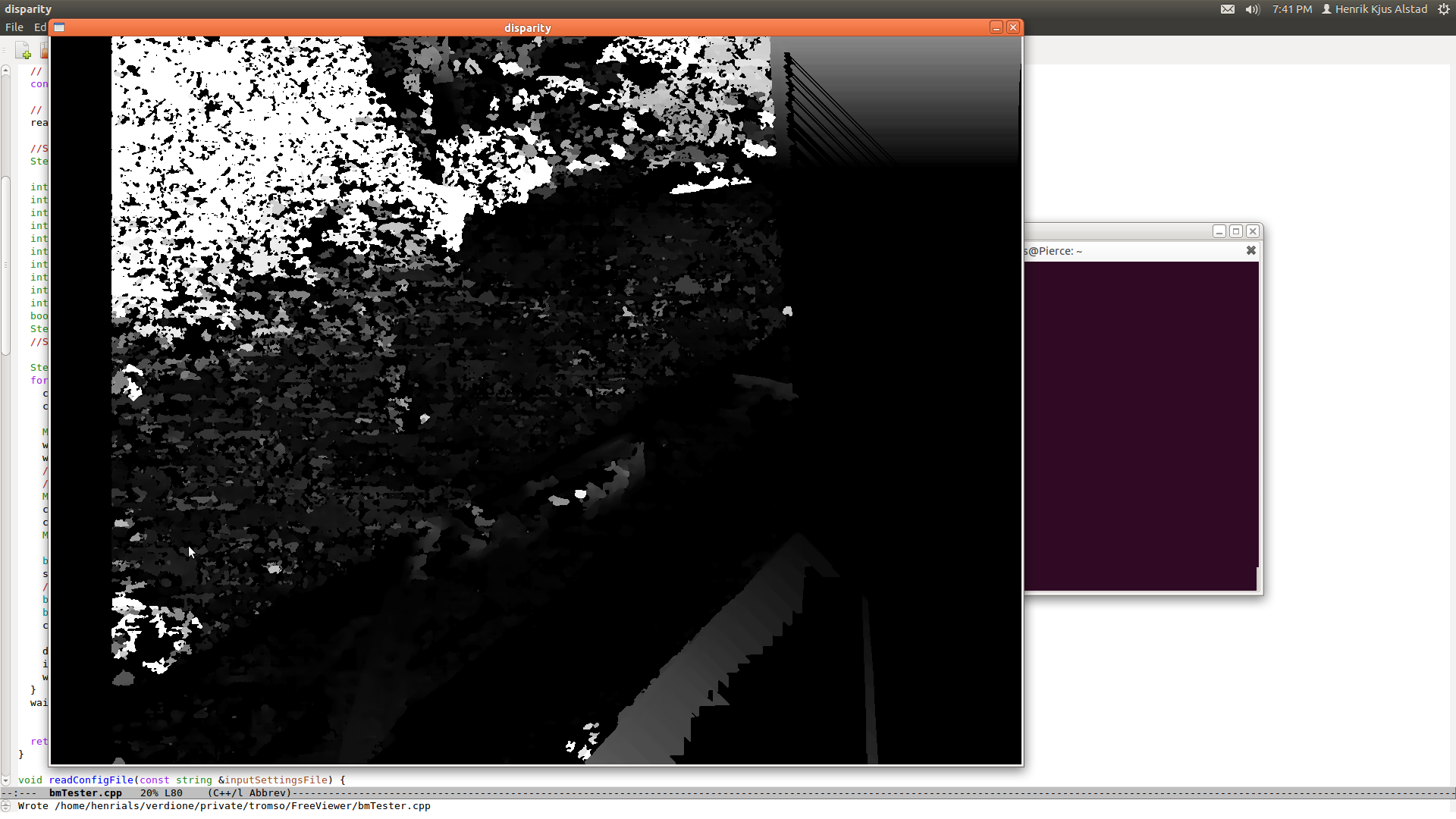 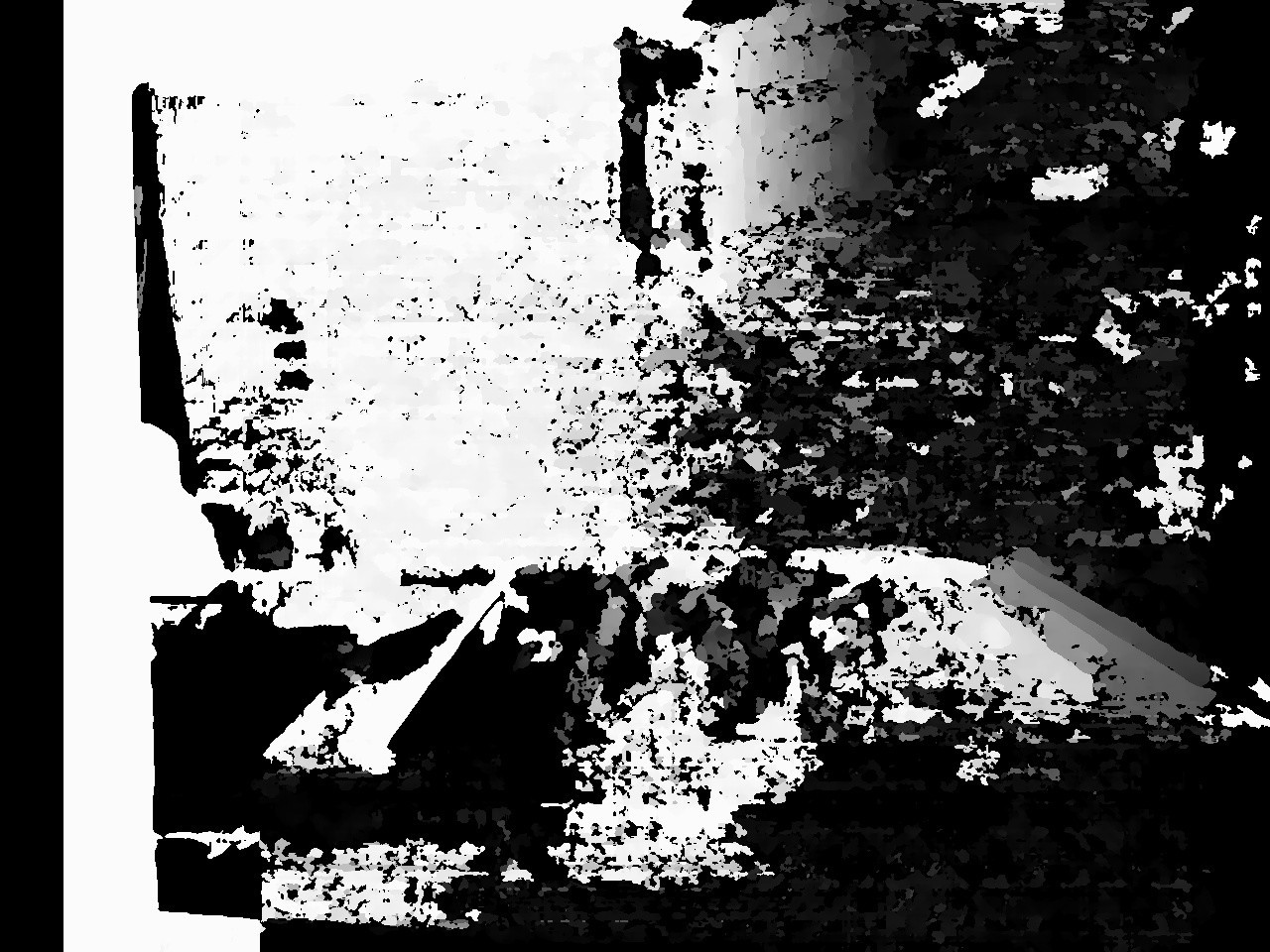 The disparity/depth shown is more accurate/correct with the SURF-point(well rectified version). No surprise there.
However, the actual detected object-pixels and object-boundaries are actually a lot better on the badly rectified verison.
For instance, you can see that the pen is actually a pen and has the shape of a pen, in the bad rectified disparity map, but not in the well-rectified map.
Question is, why? And how can I fix it? (I tried fooling around with the sgBM() paramteres, making sure they are the same for both etc, but it does not have any effect. It is the different rectifications alone that makes the badly rectified image look good for some reason(with respect to object-boundaries)).

Browse other questions tagged image-processing opencv stereo-vision or ask your own question.

2
False SURF output in video
2
Is there a difference between Image Alignment and Stereo Rectification for stereo correspondence or matching?
5
Why does this image look so bad when dithered with a certain palette?