I'm writing a script for sound-activated recording in Python using pyaudio. I want to trigger a 5s recording after a sound that is above a prespecified volume and frequency. I've managed to get the volume part working but don't know how to specify the minimum trigger frequency (I'd like it to trigger at frequencies above 10kHz, for example):

You need to perform FFT on data_chunk, then take the magnitude of the resulting complex array. The result will be a vector with the magnitudes of all frequency components in data_chunk. This is how you would go about doing that:

Now YMag has the magnitudes of frequencies ranging from 0 Hz, up to $F_s/2$ Hz where $F_s$ is the sampling frequency, i.e. how many samples you receive each second. Now to find a specific frequency in YMag, let's say $f$ you would use the following formula $n = 2*f*N/F_s$, where N is the number of elements in YMag and n is the position of the $f$ frequency component in YMag.

What you need is to filter out lower frequencies: You do that with a high-pass filter.

Since you don't really need that filter from "very much blocking" to "completely letting everything through" in a very narrow band, that filter will be pretty short (meaning it only needs very few multiplications per sample to compute its output.

I've install pyfda to do a quick and dirty design¹, using the same sample rate as you, a cutoff frequency of 12 kHz, and a transition width of 4 kHz: 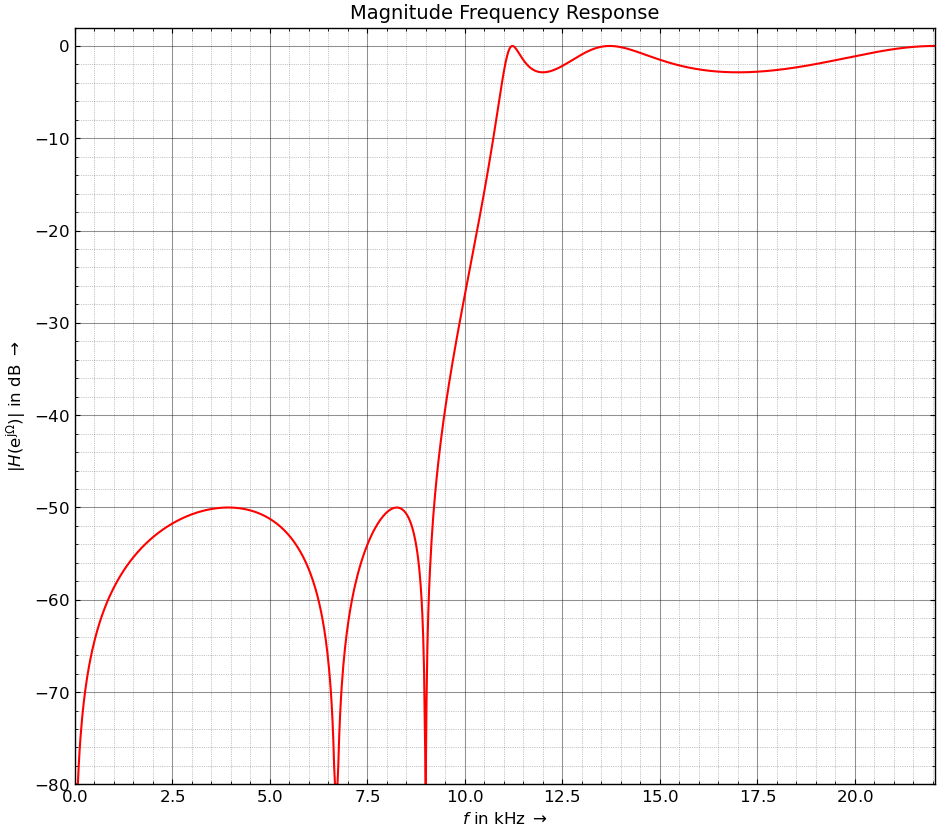 That's it. That's the filter.

You apply it like this: ATTENTION This code was written free-hand and not even run through Python to check for syntactically illegal typos. In other words, you'll have to test it.

The highpass and the low pass filters have both what we call group delay. So, the trigger comes a bit after the sounds have started. Is that bad? No, I think that would be less than 50 ms in delay, which you're probably OK with. And also, we don't actually capture 5s at the trigger, but 5s at the start of the frame, so on average we'll actually be a bit early.

This is, indeed, intended to "keep the recording active" for another 5s if a new super-threshold volume occurs within one recording time. I'm not sure that's your intention, but I think it is. 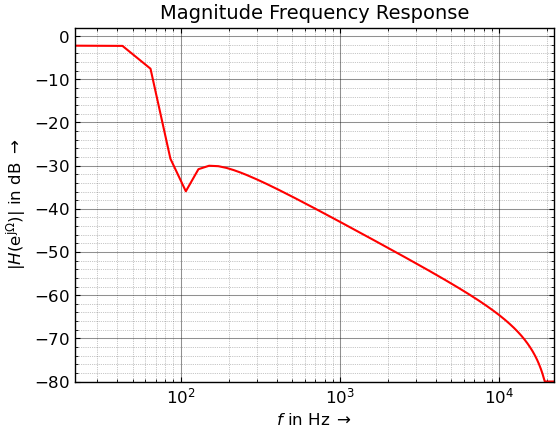 Not the answer you're looking for? Browse other questions tagged audio python frequency or ask your own question.