Scalogram (and related nomenclatures) for DWT?

My understanding of the scalogram is that, for a particular row, the scores of the projection of the input signal with the wavelet at a particular displacement is shown. Across rows, the same thing applies, but for dilated version of the wavelet. I thought that scalograms can be defined for all types of wavelet transforms, that is, for the:

However upon further investigation is seems that the scalogram is only definable for the CWT. Based on this I have multiple inter-related questions that google has not sufficed for ATM.

As an example of a DWT 'scalogram', here is one for AWGN: 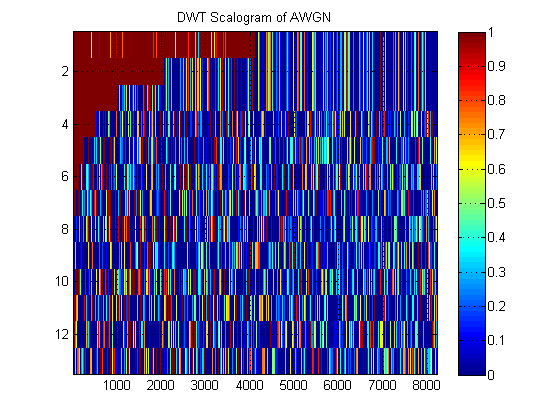 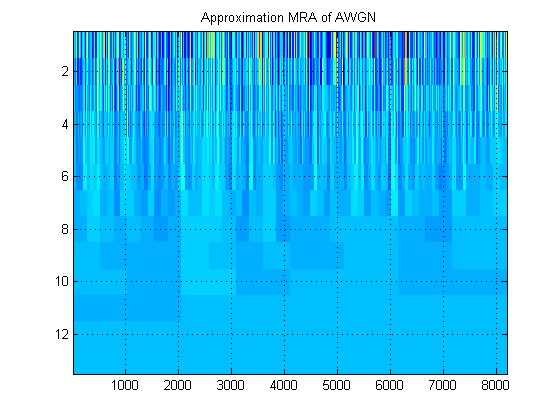 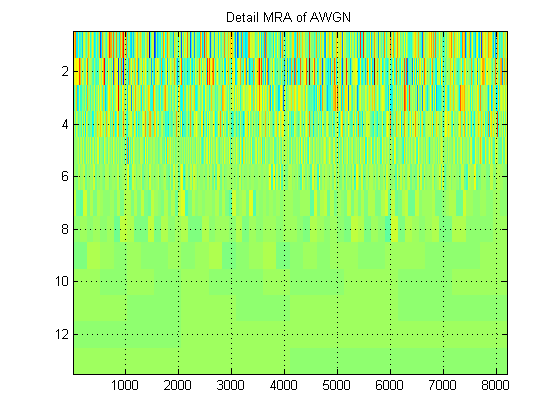 MRA - My encounter with this term is in association with multiresolution analysis. This applies to all wavelet transform types, but usually is discussed in the context of the DWT and its realization as a set of filter banks. In this context the result of a MRA is the same as the result of a DWT and the plot of such results (a plot of a set of numbers) would still be a scalogram. Here is another paper that discusses MRA: http://alexandria.tue.nl/repository/books/612762.pdf

The following is an example of CWT and DFT Scalograms: 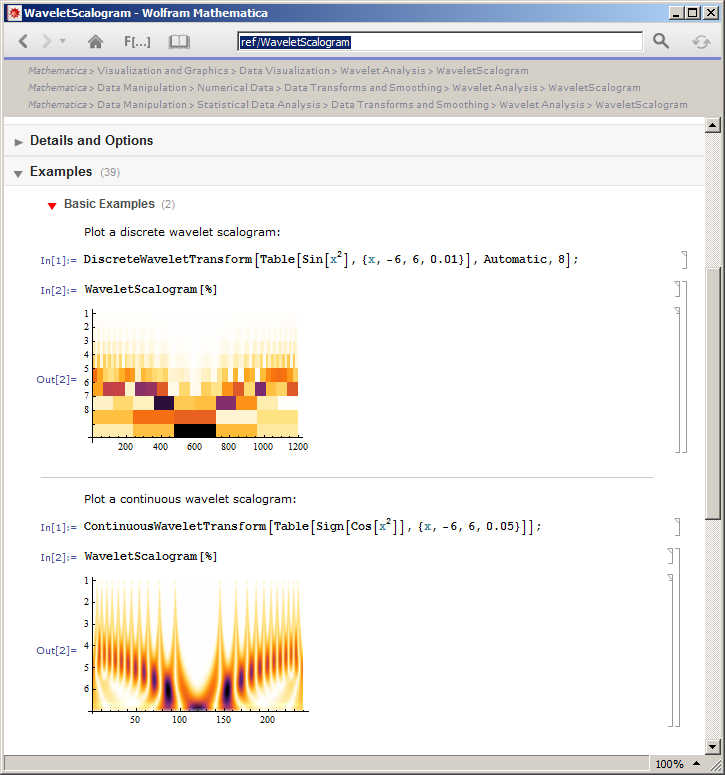 Not the answer you're looking for? Browse other questions tagged discrete-signals frequency-spectrum wavelet terminology scale-space or ask your own question.

5
What are the uses of those three types of wavelet transformations?
2
Discretized CWT vs. DWT vs. FWT vs. MRA
-1
Getting frequency content at different times from discrete wavelet transform coeffs