An FMCW radar generates a chirp signal in the transmitter. The chirp is transmitted through a splitter device to both the TX antenna and the mixer in the receive path. Some object generates a reflected chirp captured by the RX antenna and the mixer produces the difference between the TX and RX signals - aka. the intermediate frequency (IF). A very simplified description of an FMCW radar. 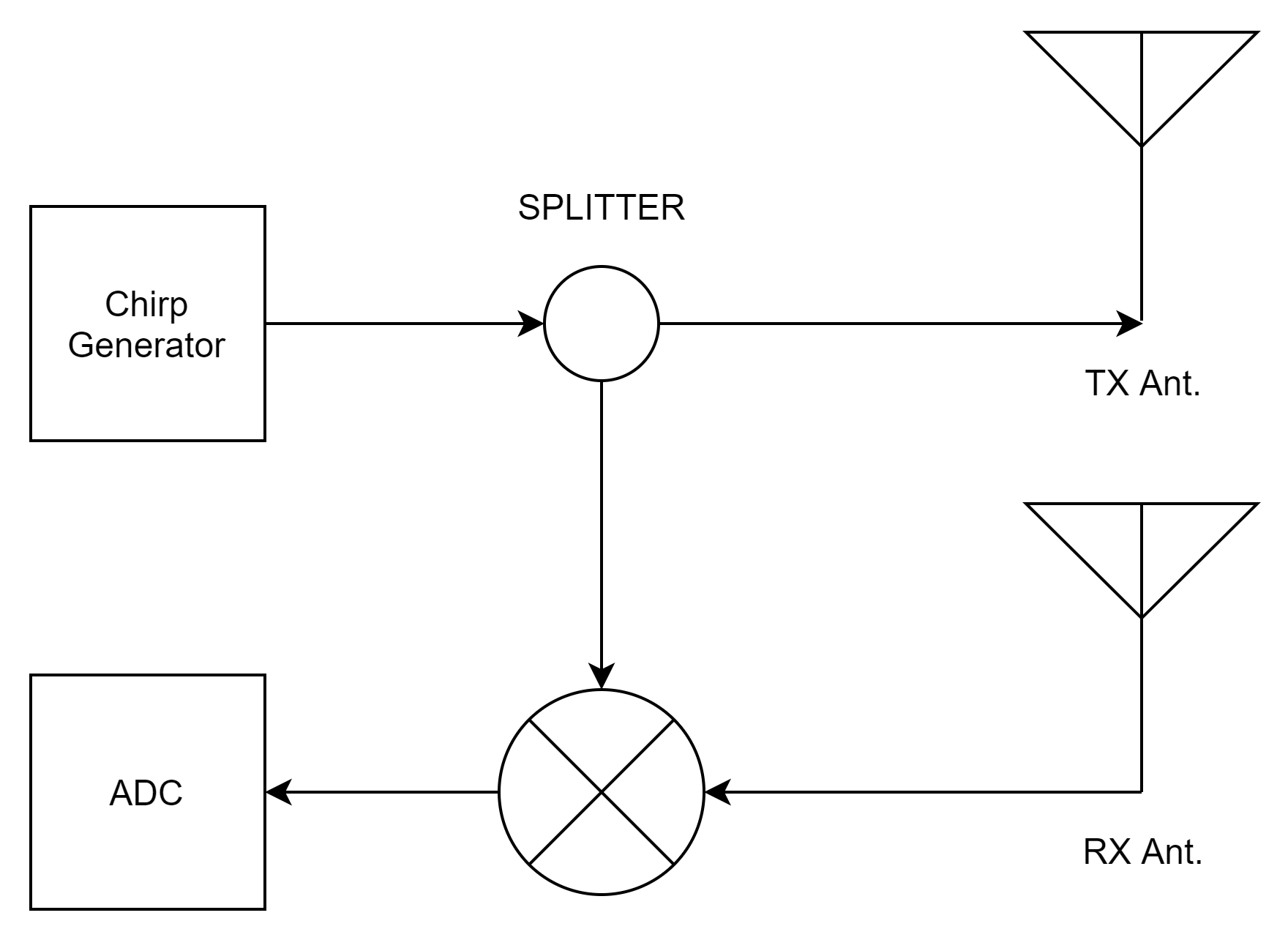 To mention but not an important factor; a directional coupler does not necessarily have a 90 degree phase shift between coupled and output port.

Regardless of that given the FMCW implementation, the signal of interest between transmit and receive would have a frequency offset given the delay between the transmit chirp compared to the received, and frequency would therefore be the variable of interest proportional to target distance. As such, any static phase offset would not be of any consequence as long as the phase is not time varying.

The product would be:

After the mixer and prior to sampling a low pass filter would typically be used to reject the sum frequency and pass through the lower difference frequency resulting in:

The the phase would translate to a phase shift of the final result but not change the frequency component ($f_2-f_1$) which is the direct measurement of the target.

Not the answer you're looking for? Browse other questions tagged radar or ask your own question.