I work on phase and frequency estimation algorithm. Currently I am working on a derivation and determination of the Doppler shift( dF – frequency step).

For each dF, The following algorithm was applied for group of sample - M (base band):

For the maximum value determined in this way(dF), a fine correction is then carried out . This is a weighted averaging in order to determine the mean frequency within the detected bandwidth for different signals CW, random data ...

I have tested with groups of 4,6,7,8,9,10 and decided firstly to check fine correction with a group of 9 samples.

What do you think?

Could you let me know what your thoughts are on such algorithm? Could I use it? what have i to consider ( important for me)?

Since the OP mentions an index of frequency I assume a missing step not shown is an FFT is computed on the M samples, and the algorithm is to determine the maximum frequency.

I would not recommend such an approach to determine Doppler offset and fine frequency tuning except for initial acquisition (course tuning), given the computation involved in the FFT compared to what is alternatively explained below. Also I would expect that the maximum peak of an FFT on any given capture would be quite variable for modulated waveforms. 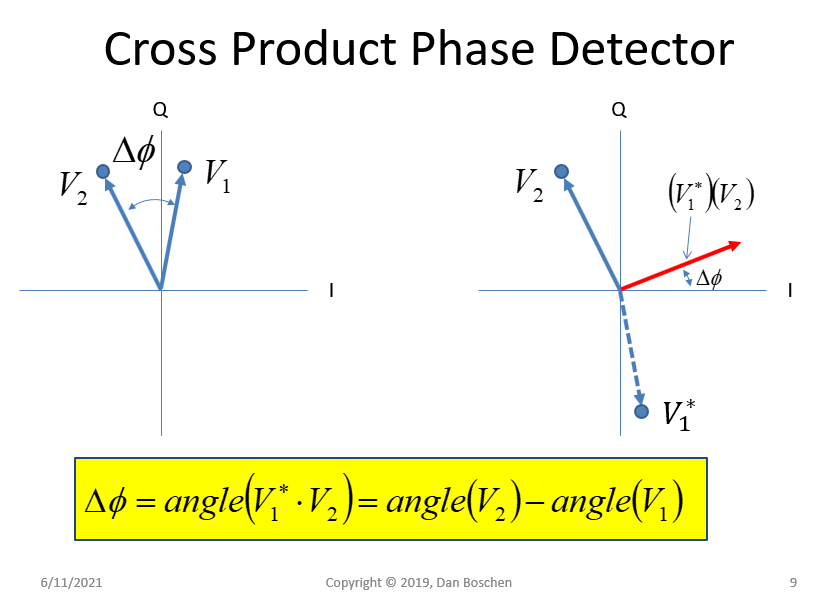 The imaginary term is the scaled sine of the angle (scaled by the square of the input amplitude), and for small angles $\sin(\phi) \approx \phi$, so can be effectively used in a recovery loop which would drive that angle to zero. It is typical to AGC (automatic gain control) the waveform first so that the signal amplitude is not controlling the loop time constant as it otherwise would. 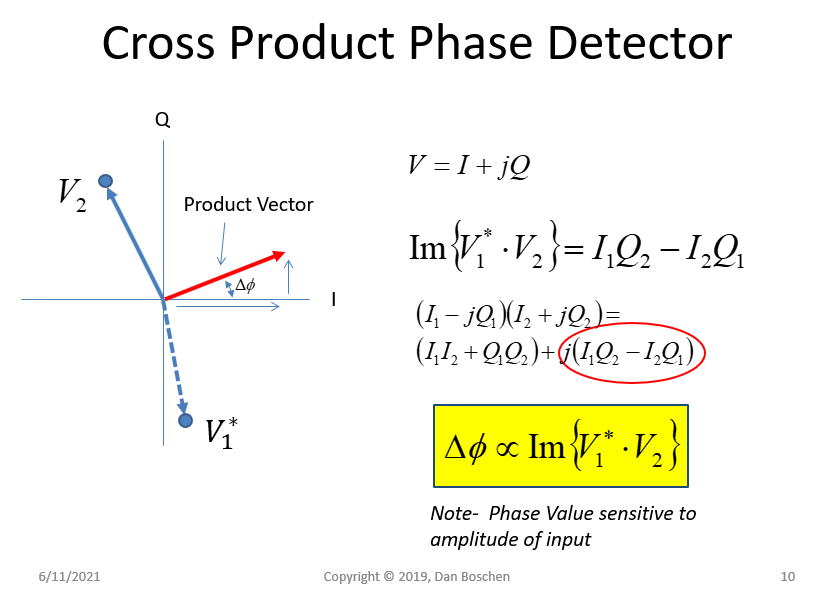 This is often used in a decision directed carrier recovery loop such as shown in the block diagram below specific to a QPSK demodulator: 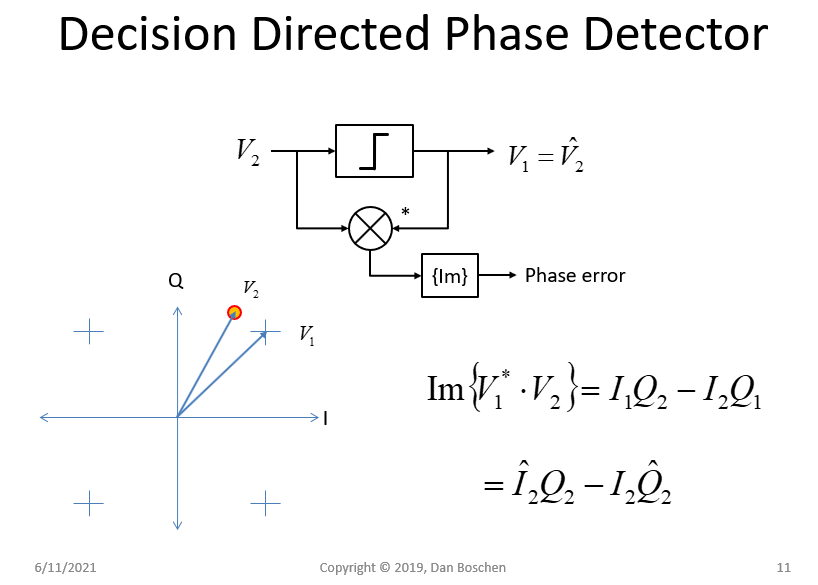 Note that the autocorrelation function is composed of conjugate multiplications of a signal with delayed versions of itself (!), so the imaginary term of the complex autocorrelation result is itself a frequency discriminator (cool!), as demonstrated in the plot below. There are many more computations than necessary in an autocorrelation (which can also be efficiently computed using FFT's as $\text{fft}(x)\text{fft}^*(x)$ where $\text{fft}^*(x)$ is the complex conjugate of the fft result) but wanted to include this in case similar processing was being done for other reasons such as spread-spectrum receivers or pilot detection, or if this can otherwise facilitate acquisition. For ongoing carrier tracking, I would recommend the simple $I[n] Q[n-1] - I[n-1]Q[n]$ frequency error discriminator. 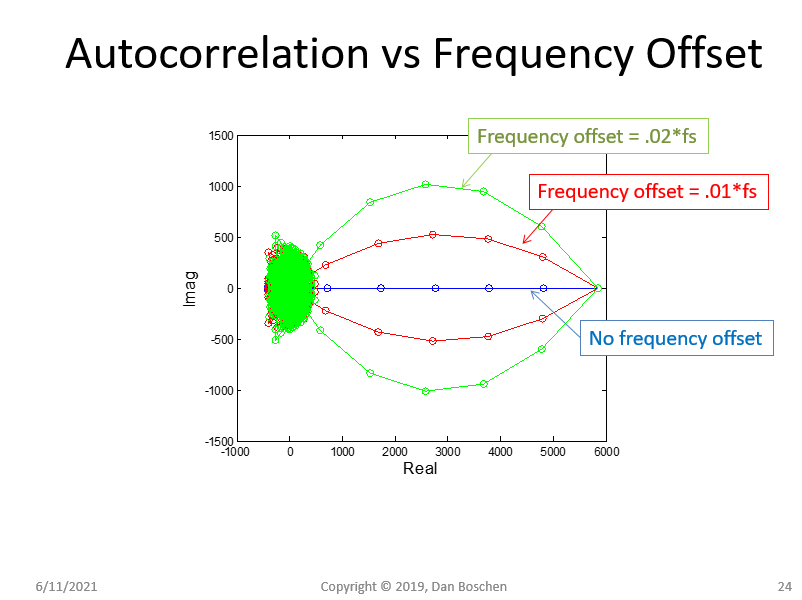 Not the answer you're looking for? Browse other questions tagged digital-communications frequency amplitude doppler or ask your own question.

10
What are thoughts on best modulation to use for underwater acoustic communications at low frequencies?
2
Finding Frequency Differences In Differing Amplitude Signals
3
Adequate representation of frequency domain amplitude/magnitude of FFT of a signal
2
Amplitude Spectrum, Nyquist Frequency, mixed/min/max wavelets
3
How we do frequency shaping and amplitude shaping in hearing aid
1
why does DFE feedback filter matters?
0
Carrier frequency offset estimation for QPSK and asymmetrical spectrum
0
Why is fourier analysis used in doppler effect?