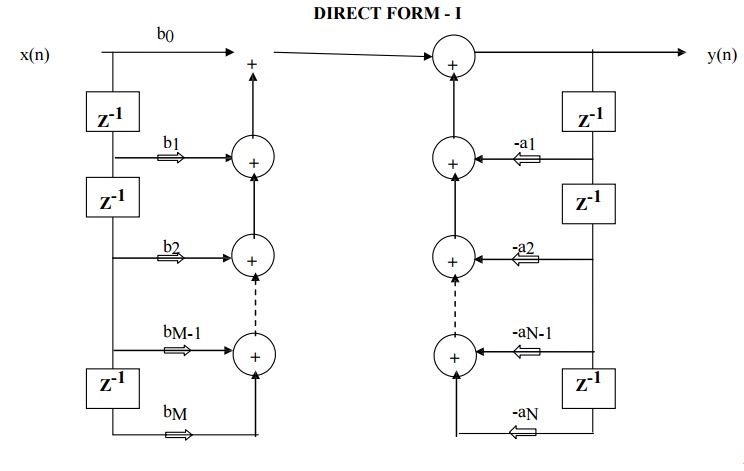 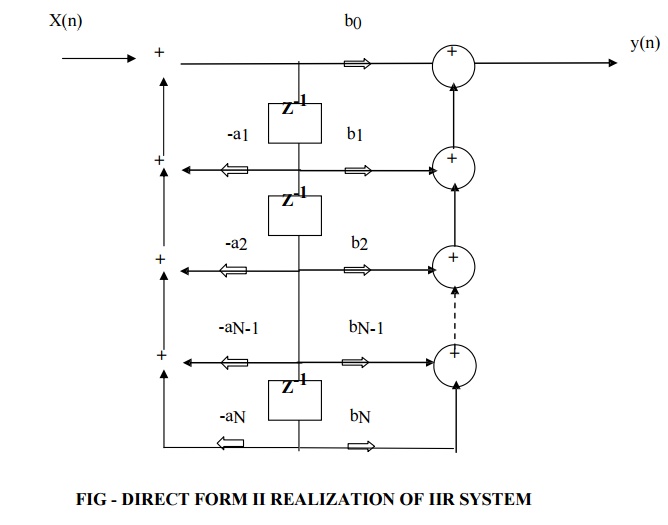 filters convolution
Share
Improve this question
asked May 20 at 8:24

To start, notice that the diagrams are in the $\mathcal{Z}$ domain, multiplying by $z^{-1}$ is the delay of one sample.

Writing the equation for $y_n$ of the DF-I

Comparing with the equation of the moving average

DF1 and DF2 are for generic IIR filters. An FIR filter is a subset of an IIR filter, so technically you can implement it as DF1 or DF2, but there is really no reason to do that way since it's inefficient as compared to the alternatives.

One of the more efficient ways to do moving average is

That is now looks like IIR filter but still has a finite response since it includes pole cancellation.

Not the answer you're looking for? Browse other questions tagged filters convolution or ask your own question.