I hope i can make myself clear enough, even though i might not be familiar with the right terms.

Using GNU Radio, i created a chirp signal with a sawtooth signal source into a frequency mod block, as seen below. The Cosine into the multiplier i added so i could move the chirp within the baseband, later on.

This IQ file has a length of a couple of seconds.

Replaying this file in GNU Radio with an SDR(At an arbitrary frequency of 100 MHz) gives this results when measured with my SA:

After this, i thought: Because of the 20 kHz frequency of the sawtooth, this means the chirps are repeated every $\frac{1}{20 kHz} = 50us$, meaning i should be able to extract 50us of data from the IQ file, and get the same response(utilizing that the waveform is repeating).

Using MATLAB(Script) i opened the IQ file and plotted it to find the data i wanted to extract: 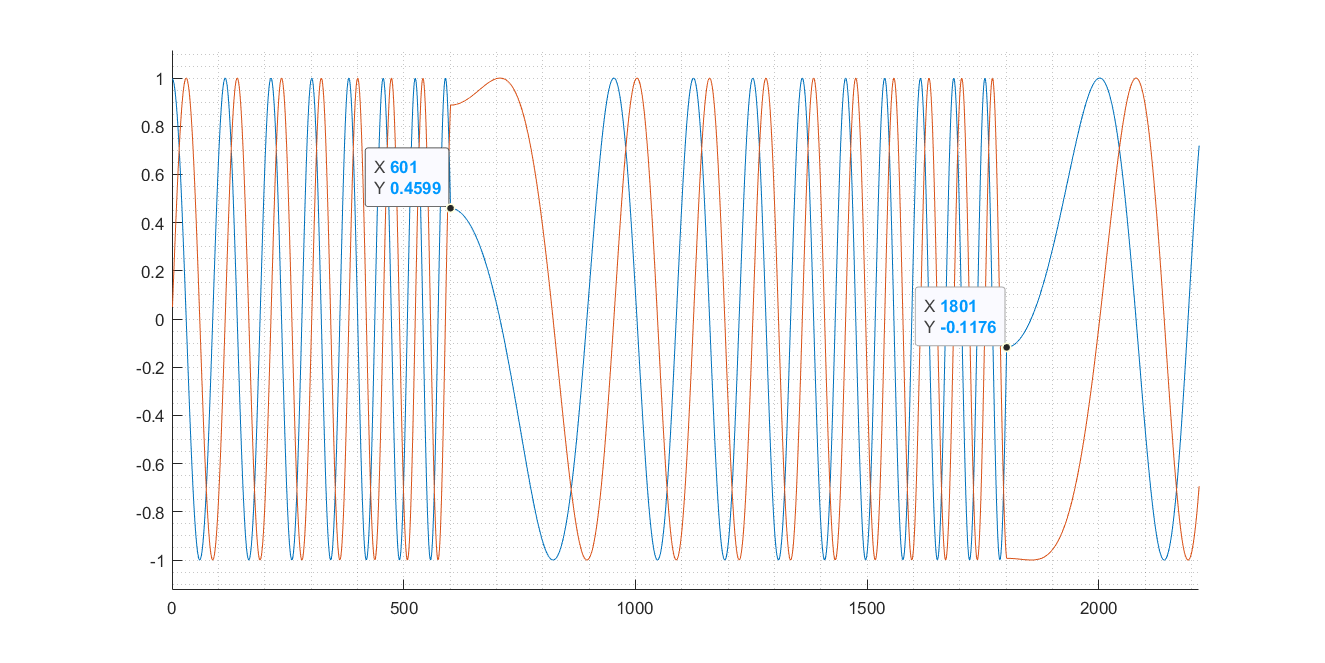 Taking the data from sample 601 to sample 1800, giving 1200 samples. I used these boundries as it looks like this is where the chirp starts and stops, because of the nonlinearity in the phase. This also makes sense, because 1200 samples equals 50us at a 24 MHz sample rate:

However, extracting this data, saving it as an IQ file again, and replaying it in GNU Radio shows a different result:

As you can see, the peaks of the chirp has been moved. (the markers is located at the same spot as previous FFT plot)

But why? I can't figure out why the spectrum is not identical. In my head, taking 50us of data from the start and end of the chirp, should result in the same output. Why is this not the case?