My objective is to demodulate QPSK signal. At this moment, my constellation in the best case looks like in the picture below: 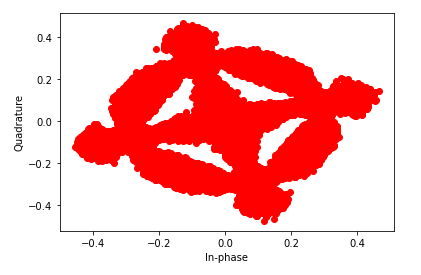 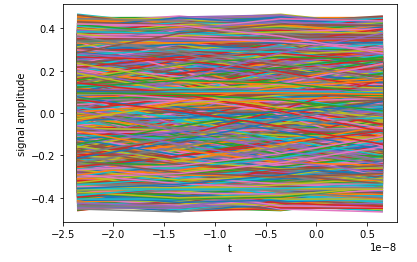 Eyes are completely closed, which implies large ISI. To remove this, I apply RRC filter with the roll-off factor as at the transmitter side. Other parameters that I know are symbol and sampling rates. I don't know, how to select the order of the filter, though, so I try different ones (at the picture above, the order = 9). However, this does not solve the problem.

So I have three questions:

filters digital-communications python sampling frequency
Share
Improve this question
edited May 6 '21 at 17:54
Python
asked May 2 '21 at 23:24

The order of the filter and number of samples per symbol are two choices for the RRC filter for a given roll-off factor. Increasing the number of samples per symbol allows for simpler analog reconstruction filtering (as given by a higher sampling rate for the waveform), but this can be done with subsequent upsampling if needed so an common good choice is to implement the RRC with 2 samples per symbol to maximize the impulse response duration for a given filter order. This will then maximize the impulse response of the filter (the duration of the filter in time as given by the filter order which is one less than the number of taps in the filter). A dominant effect of having too short of an impulse response is higher out of band emissions close to the carrier that would otherwise be attenuated by the RRC filter, but to a lesser degree it can contribute pass-band ripple which can degrade signal quality as measured with EVM and rho. These trades are explained in detail at this post below:

The plot of interest from that post is replicated below, showing a 100 tap RRC filter as implemented with 2 samples per symbol and again with 10 samples per symbol, both with the same roll-off factor. The 2 sample per symbol case effectively has a longer impulse response in time, and with that we see the improved attenuation in the stop-band, and significantly so close to the carrier (so increasing the order would also lead to this improvement). The amount of stop band attenuation needed is driven by out of band emission specifications for the transmitter and also considers margin for subsequent possible spectral regrowth from any non-linearity in the power amplifier. In the receiver our concern would only be with signal quality (EVM, rho, etc), and for that we can often get away with a much lower order filter than that required in the transmitter-- observation/measurement of EVM vs filter order can easily confirm what would be sufficient. 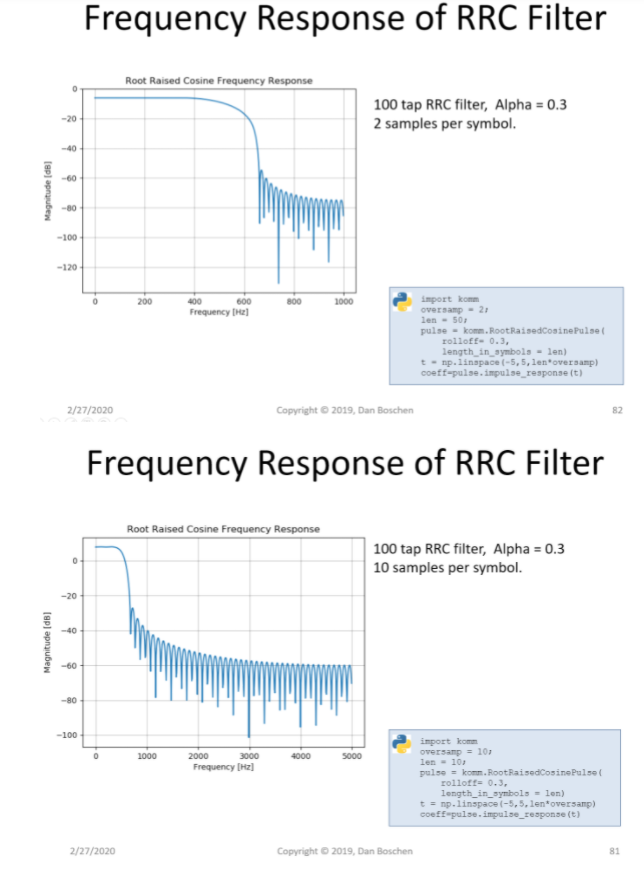 Not the answer you're looking for? Browse other questions tagged filters digital-communications python sampling frequency or ask your own question.