My initial approach was: 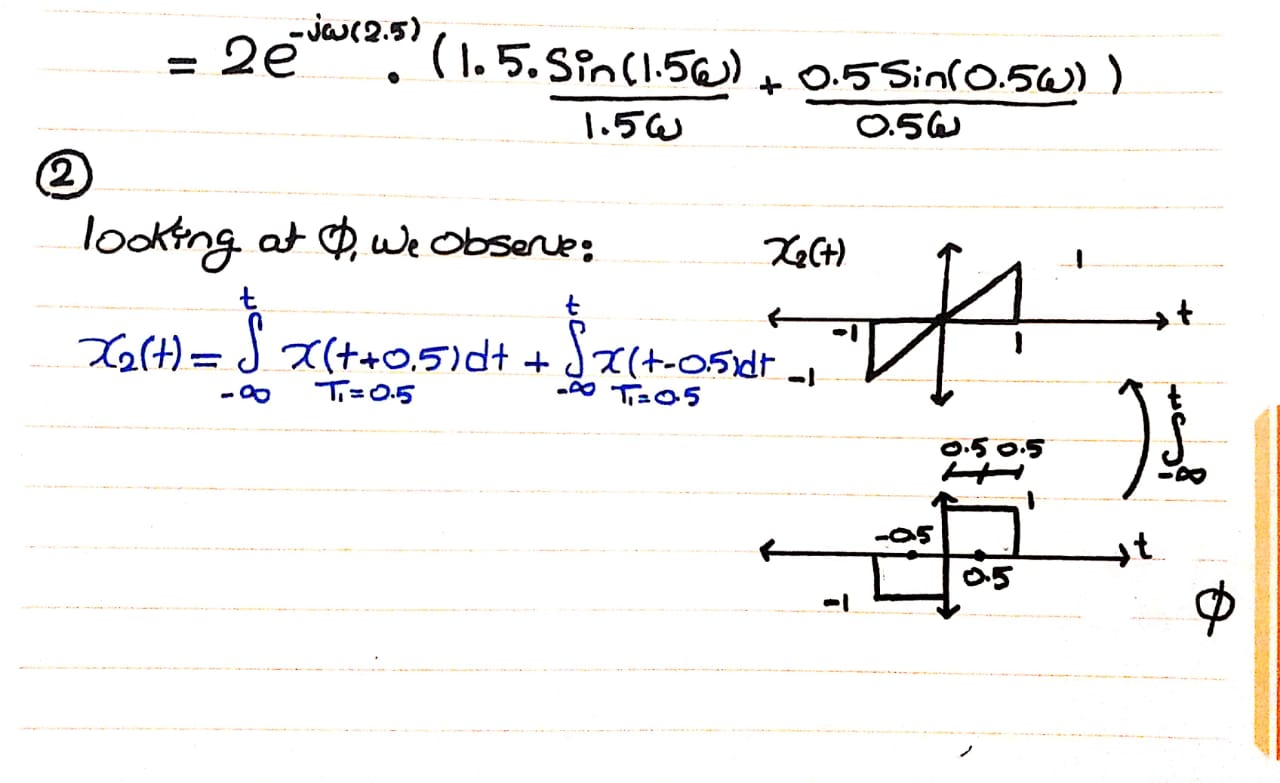 but I wasn't sure how I should go around nesting properties, so I decided that I can perhaps: 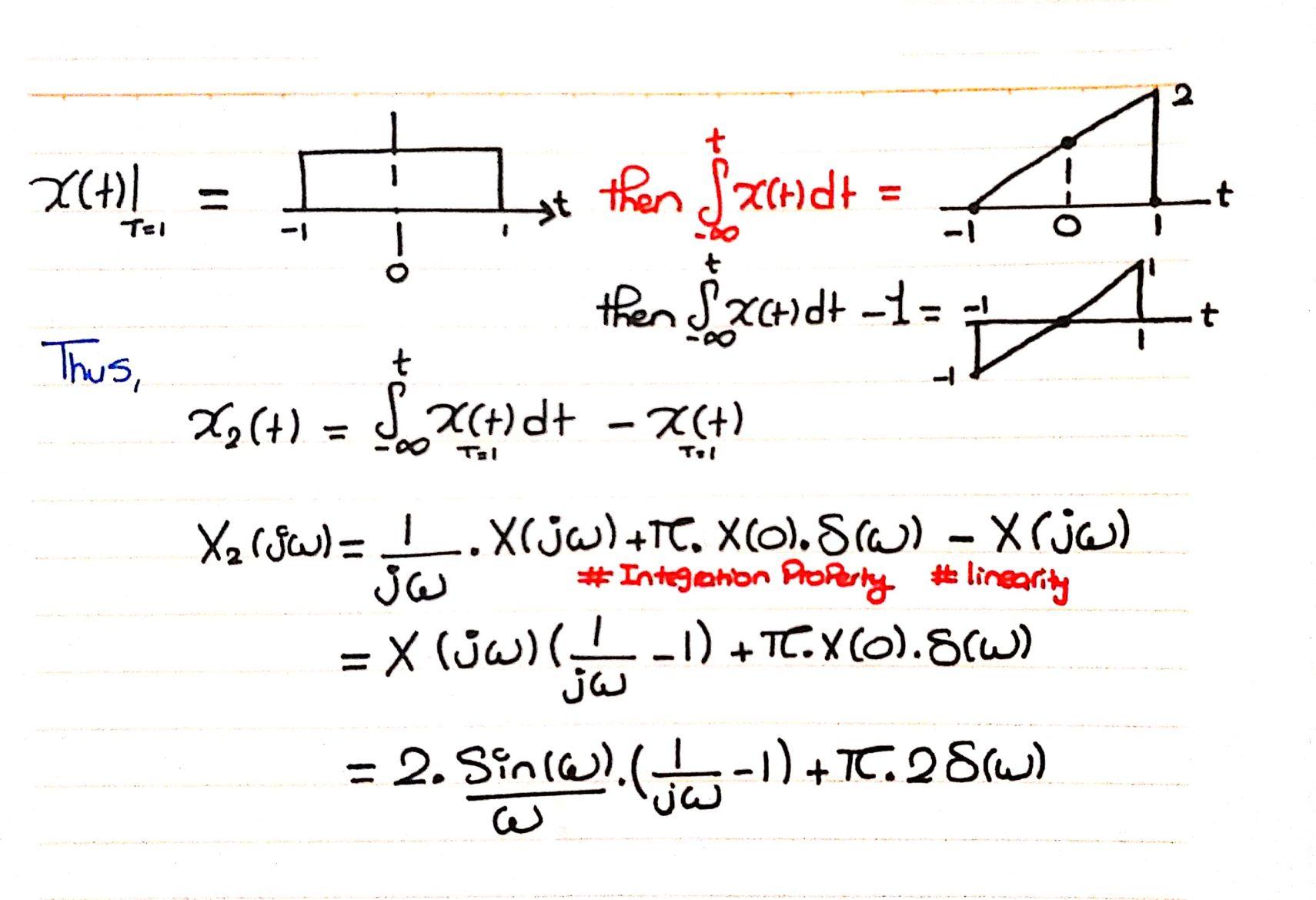 However, checking Wolfram, we have:

I don't understand what's going on, my questions are:

1- What went wrong in my second attempt?

2- How would I carry on if I chose to go with my first attempt?

Sorry if these questions seem naive or anything, I've just been so recently introduced to the topic.

Your first approach doesn't work because the original signal is simply not the integral of the signal you sketched below it. Just graphically integrate that signal to see this. Your second approach doesn't work for the very same reason. If you integrate the rectangular signal you don't get a signal that is zero for $t>1$. The value of the integral would remain at its final value and wouldn't change anymore because the original signal doesn't change for $t>1$.

That exercise can be solved in several ways, and you should try them all to get some practice. First, just compute the Fourier integral without trying any smart tricks. The signal is simple enough for this to be a good option, even if just as a reference.

Obviously, if you do things right, all three results should agree.