Get minimum phase from function 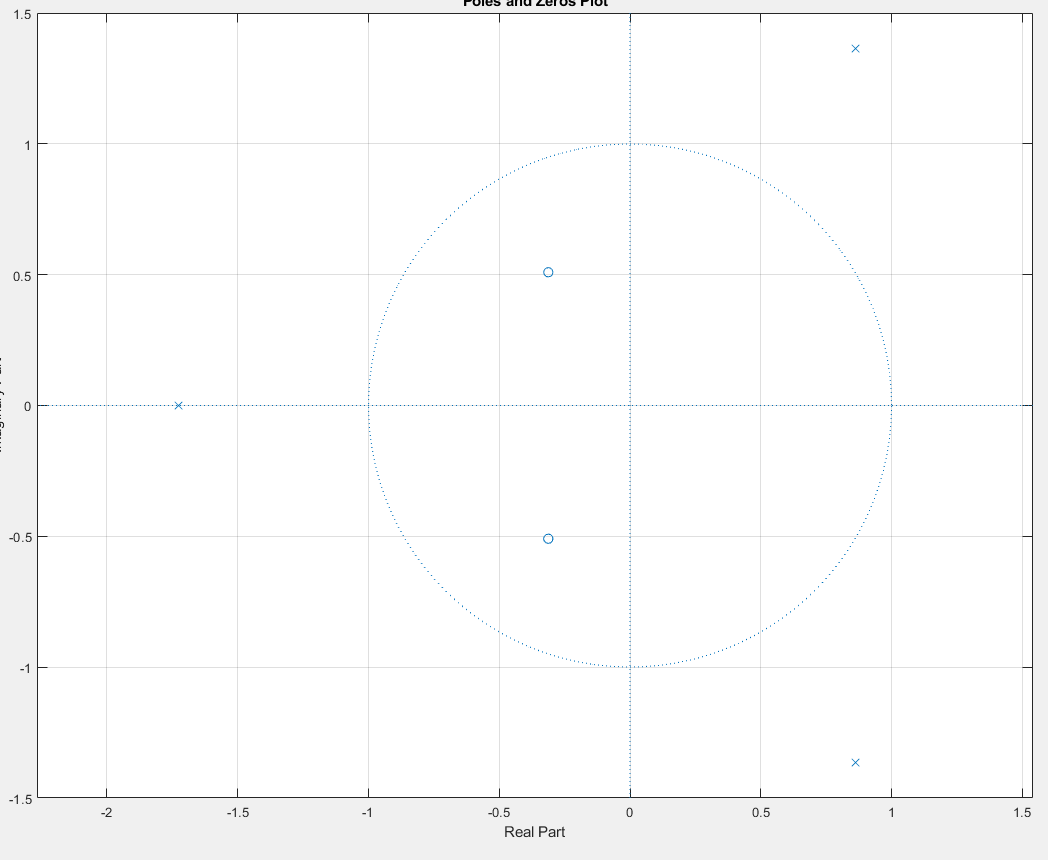 Why is it that reflecting any poles or zeros of a rational function across the unit circle gives a minimum phase system?

It doesn't. You are starting with a wrong assumption.

Here's an example, it seems reflecting any poles or zeros would result in the zeros being outside the circle?

Correct. Hence it's nonsense and you shouldn't do it. Assuming that the 'x' marks the poles, the system is unstable or non-causal anyway. 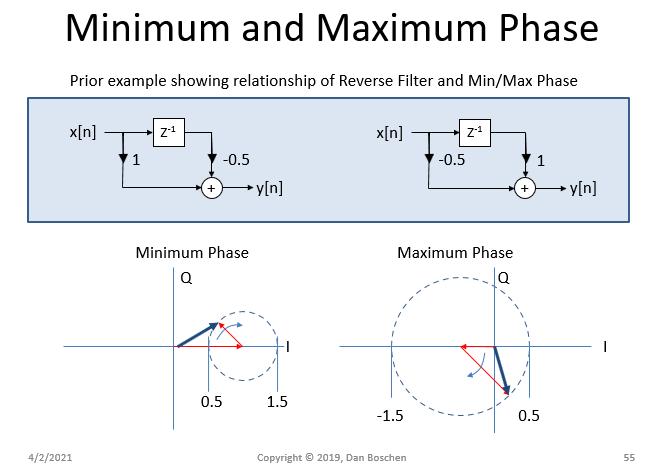 It's interesting to note that the magnitude response of the two systems above is identical but for the first case the overall phase deviation as the second vector rotates is minimized, while in the second case given the sum itself will enclose the origin is maximized. Since the phase goes through a maximum change in the same frequency range, and delay is the derivative of phase with respect to frequency, then the maximum phase system will also have the maximum delay (and the minimum phase system will have the minimum delay). 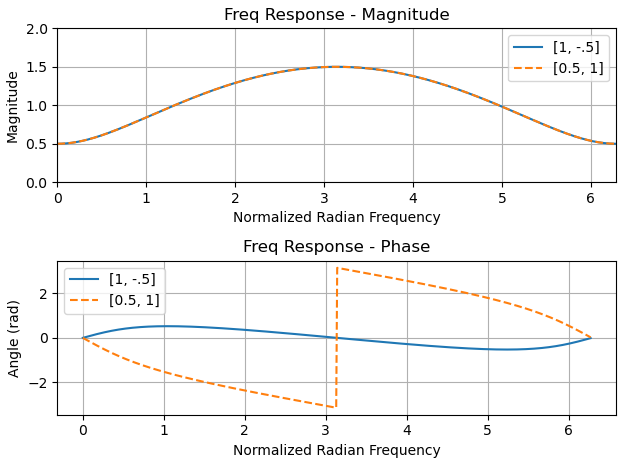 The key here is the result of the summation is an encirclement on the complex plane that may or may not encircle the origin. For any all zero system such as this where the origin is not encircled, the zeros must be inside the unit circle as given by the Cauchy Argument Principle of 1831 (and 1855).

For information on the Cauchy Argument Principle (and how Harry Nyquist applied it to his Nyquist Stability Criterion), and how it ultimately provides an intuitive explanation for minimum and maximum phase systems, please see

35
What is the true meaning of a minimum phase system?
7
Nyquist's Stability Criterion and Cauchy's Argument Principle
2
Can I set a constraint on the first tap of an FIR filter such that its inverse is stable?
0
Minimum phase All-pass