I am relatively new to using Kalman Filtering. Currently I am trying to understand it and how to implement it in Matlab. I found a website with some nice examples that I would like to rewrite in Matlab using the unscentedKalmanFilter() function. The website is Kalman Filter examples and I am trying to rebuild the first example where depending on some measurments with noise the weight of a gold bar is estimated.

So maybe someone could enlighten me. Here is the Matlab code I have so far: 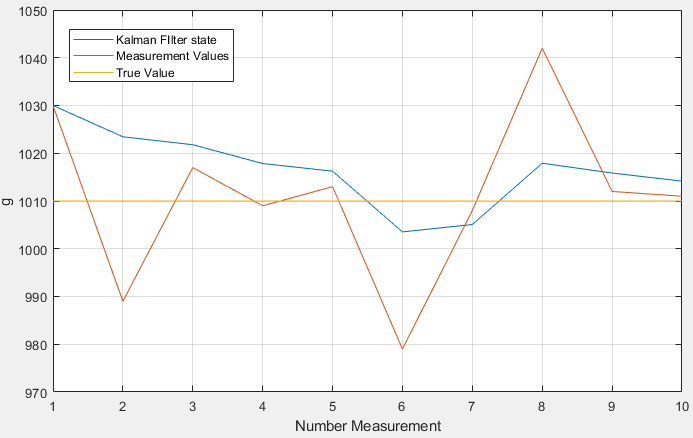 As can be seen in the above picture the Matlab code I wrote does work. As more measurements come in the state gets closer to the true value. However the variance value for the Process Noise seems to be quite relevant to achieve a fast convergence. Even after playing around with it for a bit I don't manage to achieve that fast convergence as in the example: 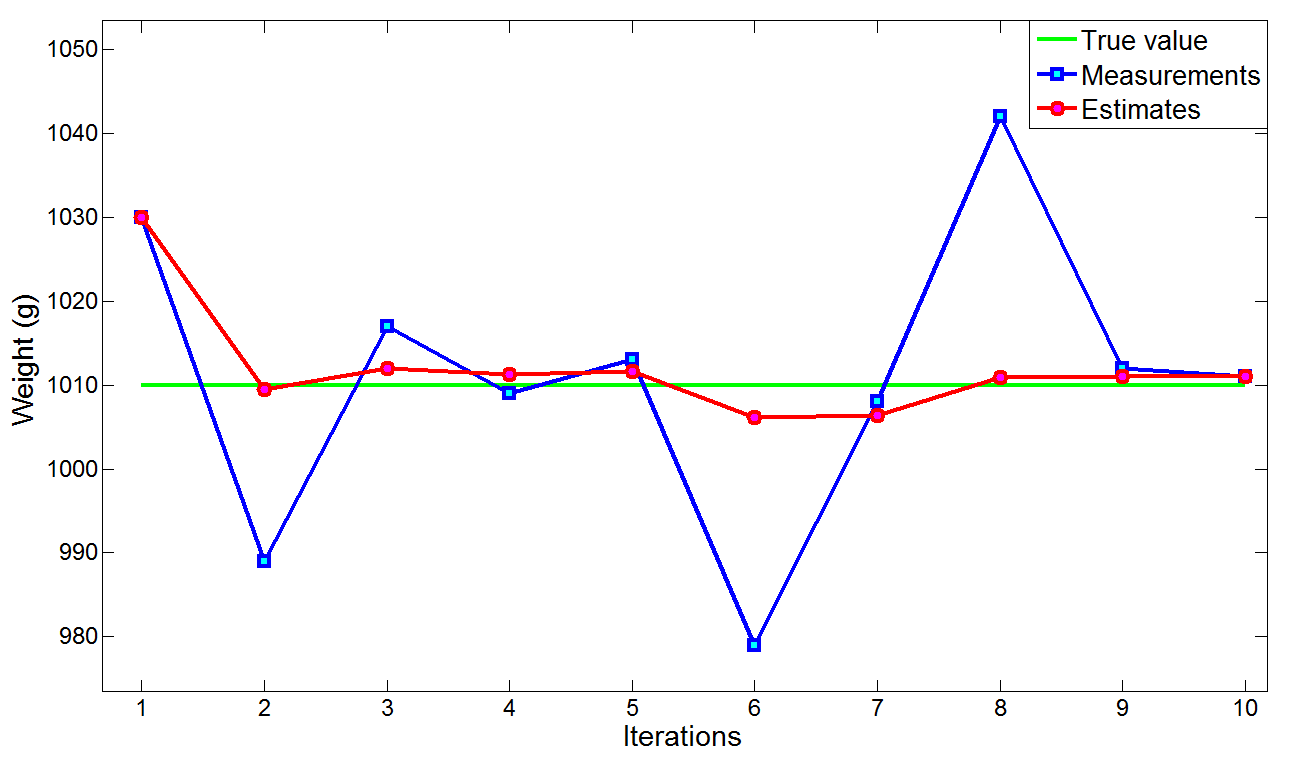 As suggested I have tried to set the process noise to 0 and the measurement noise to the variance of the measurement values. However this results in a very slow settling time. Might this have to da with me using an unscented Kalman filter? I thought that would be a good choise as I can use it also for other, nonlinear problems. 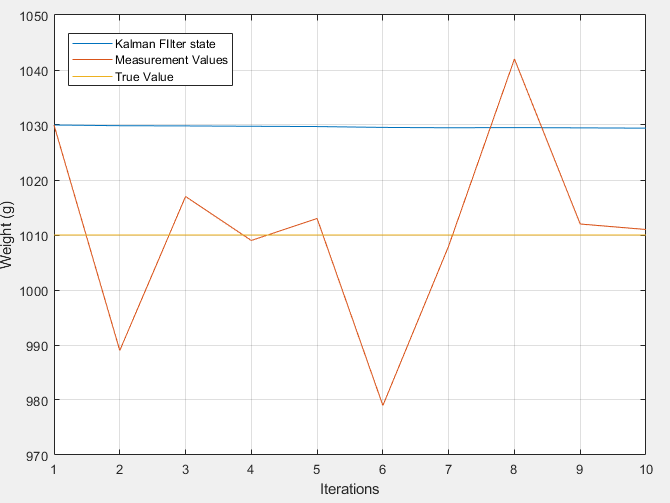 With the framework above, if you derive the updating equations for the kalman filter, you will obtain the exponential smoothing update for the state ( and $y_t = \hat{x_t}$ as update for the measurement). In the statistics-econometrics literature, the KF setup above is called a "random walk + noise" model. I'm not claiming that the link is completely useless but, as far as an intro to KF, that is not a good first example because they pull things out of the sky and don't explain where they come from. That can be confusing when going through the later examples.

I hope the setup above helps to show how to obtain the ES update. Oh, I recommend below for a dense look at the KF. Harvey has a terse style which can be difficult at first (it was for me) but, in the end ( after a few reads:) ), its hits you that he actually provides a very nice explanation. I've read various parts of it more than a few times.

EDIT: I didn't mention it above but I remembered later that you'll need a method for estimating the measurement variance and the state variance if you want to run the updating equations. Harvey uses prediction error decomposition but my impression is that dsp people have a different way of estimating them. Prediction error decomp is the only method I'm familiar with but you may know of a better one. If you do and can explain it to me, it's appreciated.