So this brings me to my question. After calculating the vector intensity directions for a single source in a simulated anechoic room (pyroom acoustics) and real-life measurements with a GRASS 50VI-1 Intensity probe, all obtained directions are plotted on a histogram and here, something I can’t explain happens. For a source that should be positioned at 45 degrees relative to the microphone array, the histogram shows two peaks. One peak at 45 degrees, but also one peak at 225 degrees (so, 180 degrees shifted). 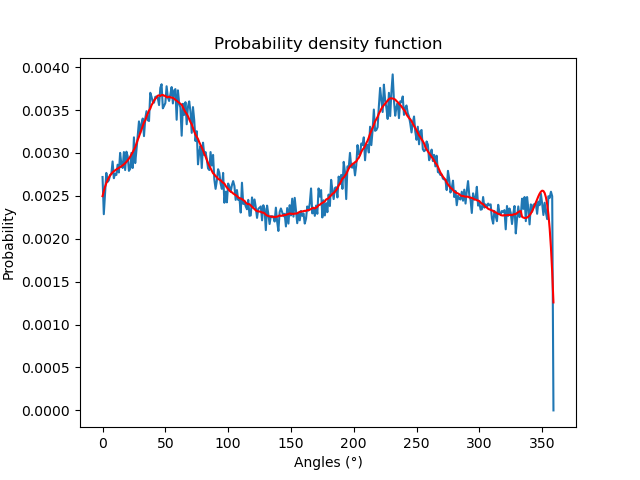 This is simulated in a 3D space, but for now we are only using 4 microphones to find the source directions, so only finding the azimuth directions. These directions are found using the following formula (in python, we use the arctan2 operator):

where Pw, Py and Px are found by using our microhpone measurements as in the picture below: 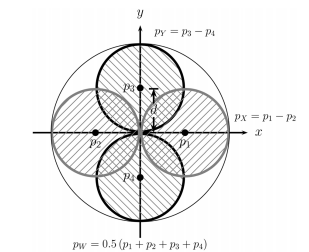 I have read countless papers about DAO/separation using sound intensity, but not a single one I found shows any sign of this behaviour or talks about certain assumptions that should be made. It seems they only have a peak in the direction that the sound is actually coming from. Finally, here is the code I used: 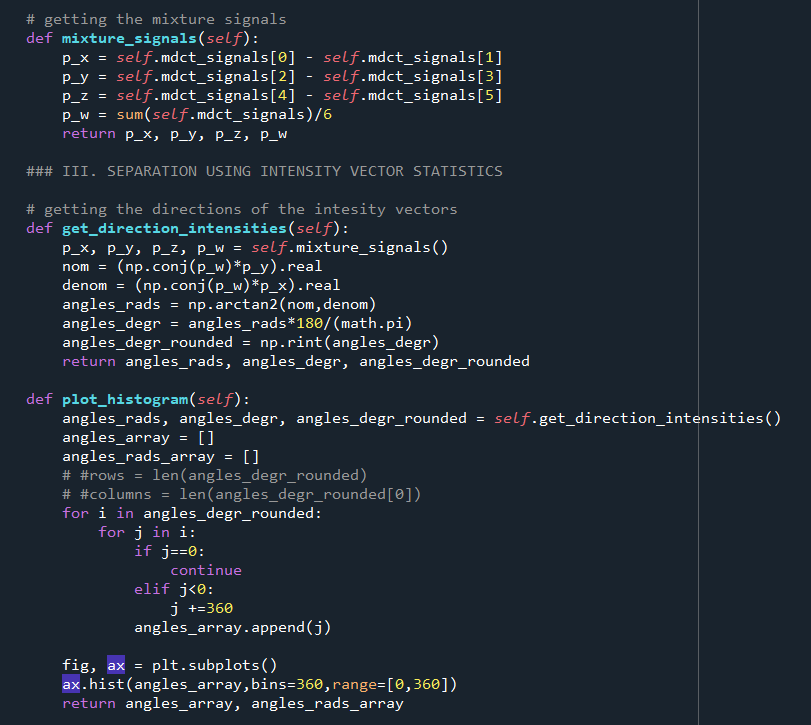 So this technique approximates the velocity of the particles using the pressure gradient at a time instance. This approach is only correct for microphones that are spaced closely together. The max frequency it can measure correctly with the spacer we're using is around 4.8kHz (stated in datasheet), so all angles corresponding to higher frequencies gave a wrong answer. This caused the 180 degree shifted angles.

A great explanation/visualisation from Siemens can be found here

Not the answer you're looking for? Browse other questions tagged acoustics beamforming source-separation localization or ask your own question.