Here, I'm measuring the same signal (an impulse force - or at least as close as possible to an impulse, represented by a knocking force). The work I'm doing is parameter study (i.e.: studying the effect of different bandwidths and numbers of FFT lines). 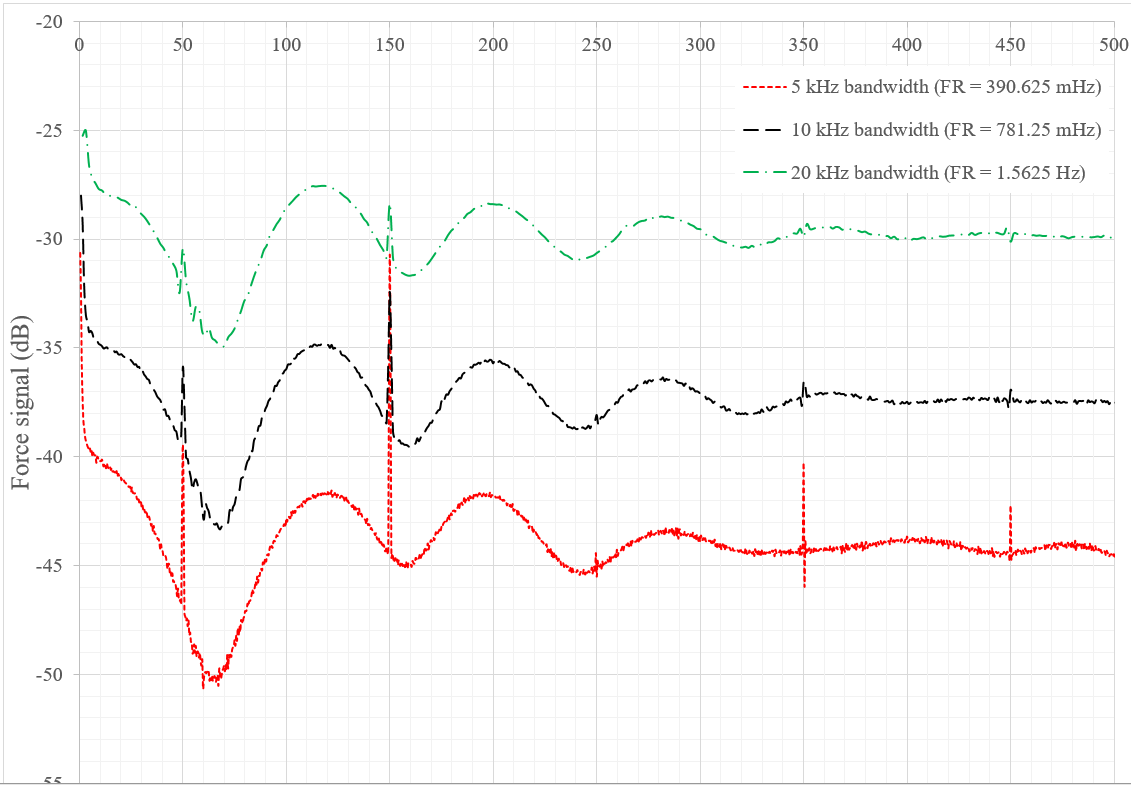 And this is the same bandwidth and different FFT lines 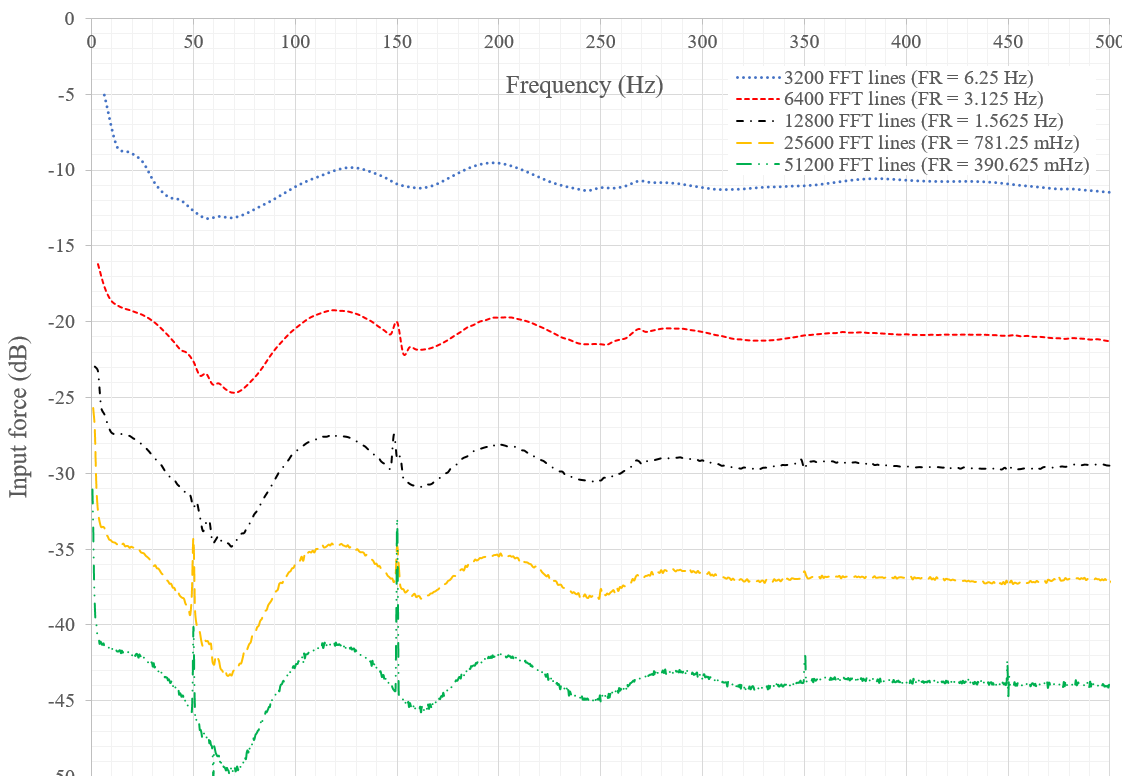 The main conclusion I can draw is that changing one parameter (while keeping the other is the same) would change the amplitude of the frequency spectrum. I can explain this via math above (smaller frequency resolution leads to longer measuring time, and thus lower Fourier coefficients).

But what does it mean in a practical and realistic manner? As in for actual sampling process, how would changing the parameters (measuring time, sampling points...) affect the frequency spectrum of the same signal?

Edit: The smaller frequency resolution would eventually lead to lower amplitude in frequency spectrum is considered as analytical math by my instructor, while the actual system works with numerical math. So a more "physical" (or "what actually happens") answer is needed.

Are you using the correct FFT form for spectral analysis? You need to divide by N when mapping time->frequency domain with an N-point FFT for a power spectrum. If you want power spectral density you have to factor in the bin bandwidth and window effective noise bandwidths.

The amplitude of a spectral line represents the power of a single signal frequency, power spectral density reflects power per unit bandwidth, which is different.

2
FFT radix-2 in audio - resolution issues - logarithmic scale - sample rate VS buffer size
4
How do I calculate peak amplitude of the signal components after zero padding and FFT?
3
DFT for signals of different length and sampling rate
4
The effects of frequency resolution in FFT on the frequency spectrum
0
Removing Attenuator and Real Mixer influence on the received Baseband signal in Radar IQ Transmitter - De-embedding
0
The scaling of FFT magnitude and phase
2
FFT magnitude as a function of frequency resolution