Can I measure non-linearity of a line echo path?

I'm dealing with an echo signal from a hybrid. An echo path includes DAC, the hybrid, ADC and the line infrastructure. I can see, that after using a digital linear echo-canceller the residual echo signal is still significant and I suspect that echo-path has additional non-linear components. Now I want to estimate, how much of the incoming signal is an actual echo and not a noise, and I want to do it before actually implementing or inferring any specific non-linear function (e.g. without assumptions regarding the order of Volterra series).

I've found the ITU-T O.42 recommendation, which suggests using the 4-tone intermodulation method to measure nonlinear distortion impairments on analogue circuits. But it doesn't suit me, since my echo path includes the DAC.

So is there a way to measure or estimate the level of the non-linearity in my echo path? I would highly appreciate any references. Also, if this question is more related to electronics, please feel free to migrate it to the corresponding site.

Definition of non-linearity: based on the source, a non-linearity for an echo signal is anything that cannot be modeled with a linear filter: a dc component, a long tail and truly non-linear dependencies. So the question becomes: is there a way to measure or estimate the level of those components compared to noise? The peculiarity here is that both a dc component and a long tail are actually linear in their nature.

Signal measurements: Following are the data that I got by changing the power of transmitted signal (from 1 to 6).

Power spectral density plots (regular and normalized), where frequencies are limited by a sampling rate: 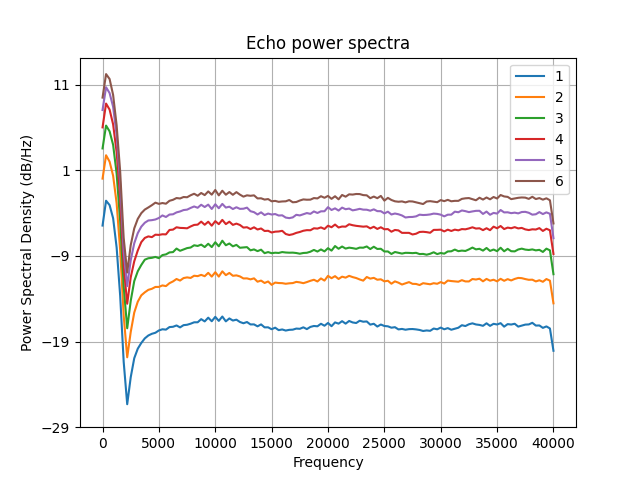 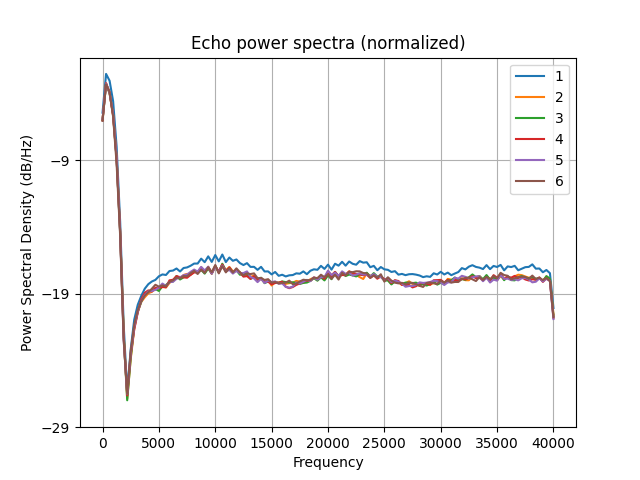 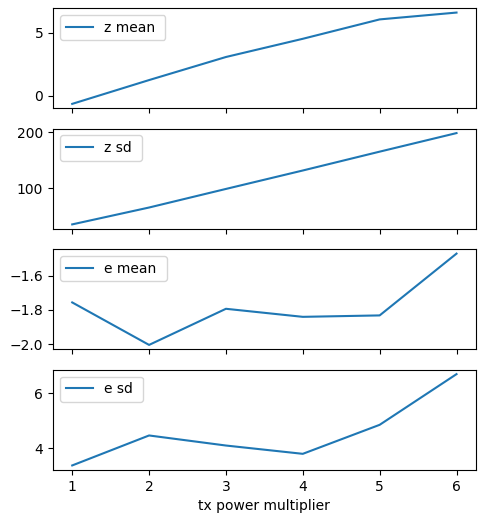 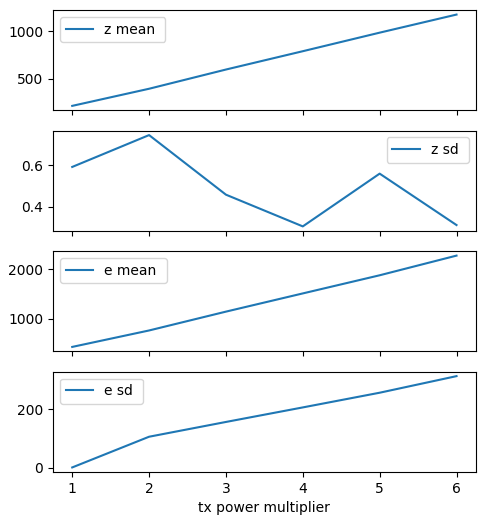 So the original question is still relevant. Additionally, can I actually use obtained plots to estimate the echo non-linearity and if so, how should I do it?

excellent, you have PAM-4!

Send a long sequence of your least-amplitude symbol, and integrate the received power to calculate the energy of your received signal.

Do the same with the three other symbols.

Now, you can solve the equation

with $\alpha$ being the channel gain, which has to be the same for all 4 of your measurements, $E_{RX},E_{TX}$ being the transmitted and received energies (hint: normalize them to the least-power symbol), $E_N$ is noise energy, i.e. noise power times number of samples (which becomes asymptotically constant if you just average enough symbols), and $F$ is the nonlinear error term.

With $E$ known, and $\alpha$ and $E_N$ overdetermined determined from four measurements, $F$ is the reason for the error.

Not the answer you're looking for? Browse other questions tagged reference-request non-linear measurement or ask your own question.