I would like to warn you that this post will be long, so thank you in advance to everyone who reads it and is able to help.

I always set the same parameters on the transmitter and receiver (only the antennas power are d) - in this case:

On the transmitter and receiver side. Only the Tx gain is set to 10 and Rx gain to 23. The symbol rate on transmiter depends on bandwidth and is calculated as 125k symbols/sec if set to 1MHz.

I ran simulations for three different bands 1Mhz, 500kHz and 250kHz. As can be inferred, the 8-PSK modulation performs best with throughput, and this is also confirmed by the results of the measurements (example results for 1MHz band): 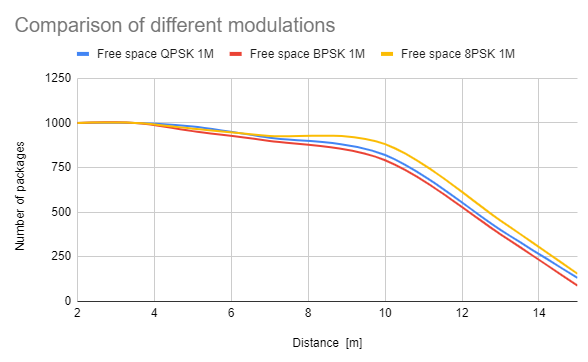 As we can see, 8-PSK performs slightly better than the other modulations, and BPSK is the most inefficient in this case.

The problem begins when comparing $E_b/N_0$ values for these modulations. In this case, shouldn't the $E_b/N_0$ for 8-PSK be lower? Meanwhile, it continues to perform the best: 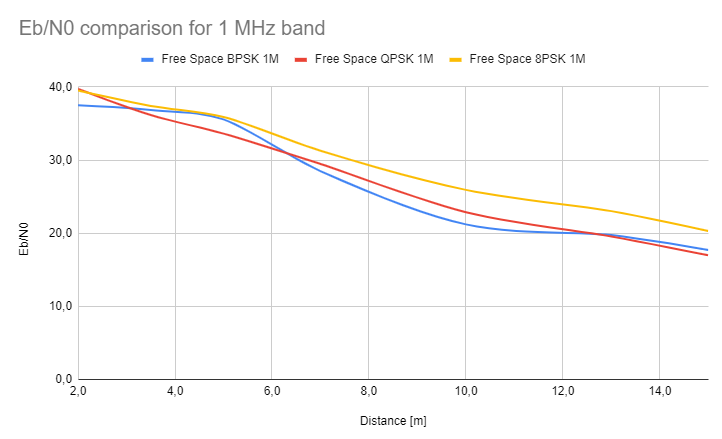 And it's not the case of band, because for 250kHz and 500kHz 8-PSK has still highest $E_b/N_0$ ratio. From what I have found out, at constant bandwidth (and power) my receiver divides the transmit power on three times as many bits as BPSK and $E_b/N_0$ should be reduced. In my case it doesn't. 8-PSK has still the best $E_b/N_0$ and I wonder what is the reason for that and where's the problem.

Below is a picture of my measurement environment (simplified), a part of my house (of course, when simulating measurements in the free space, all doors were open and the transmitter and receiver could "see" each other) 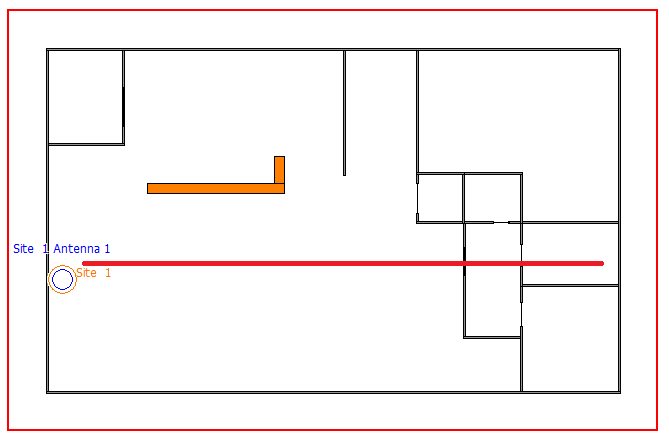 The measurements were in a straight line (red line) at the distances given above. Site 1 Antenna is the transmitter.

0
Why 8-PSK modulation has higher Eb/N0 than QPSK or BPSK?

2
Value of power spectral density $N_0$ or effect of scaling bandwidth to SNR
0
How does the PSK demodulator differentiates one carrier from the other in CDMA
4
Conversion between Eb/N0 and SNR in spread-spectrum modulation like LoRa CSS?
0
How to get the channel impulse response by using PRBS signal with BPSK modulation?
2
DPSK vs PSK Error Probability
1
Differential Encoding for M-PSK
0
Why 8-PSK modulation has higher Eb/N0 than QPSK or BPSK?
1
Calculating transmitter power from spectral density