I am currently trying to demodulate an Offset QPSK signal coming from a satellite using GNURadio. If I understood correctly, an OQPSK is a QPSK with one of the two bits per symbol delayed by half a symbol duration to prevent 180° phase changes. When trying to demodulate the signal, I tried two different approaches.

The second option is to treat the OQPSK signal like a QPSK signal at twice the symbol rate. This should work since the additional phase changes are happening exactly at the middle of each symbol. However, this method results in a way worse constellation diagram than the first option, as seen in the second screenshot.

Has anyone already managed to demodulate an OQPSK signal with GNURadio and can help me out here?

Thank you and kind regards valkyrie 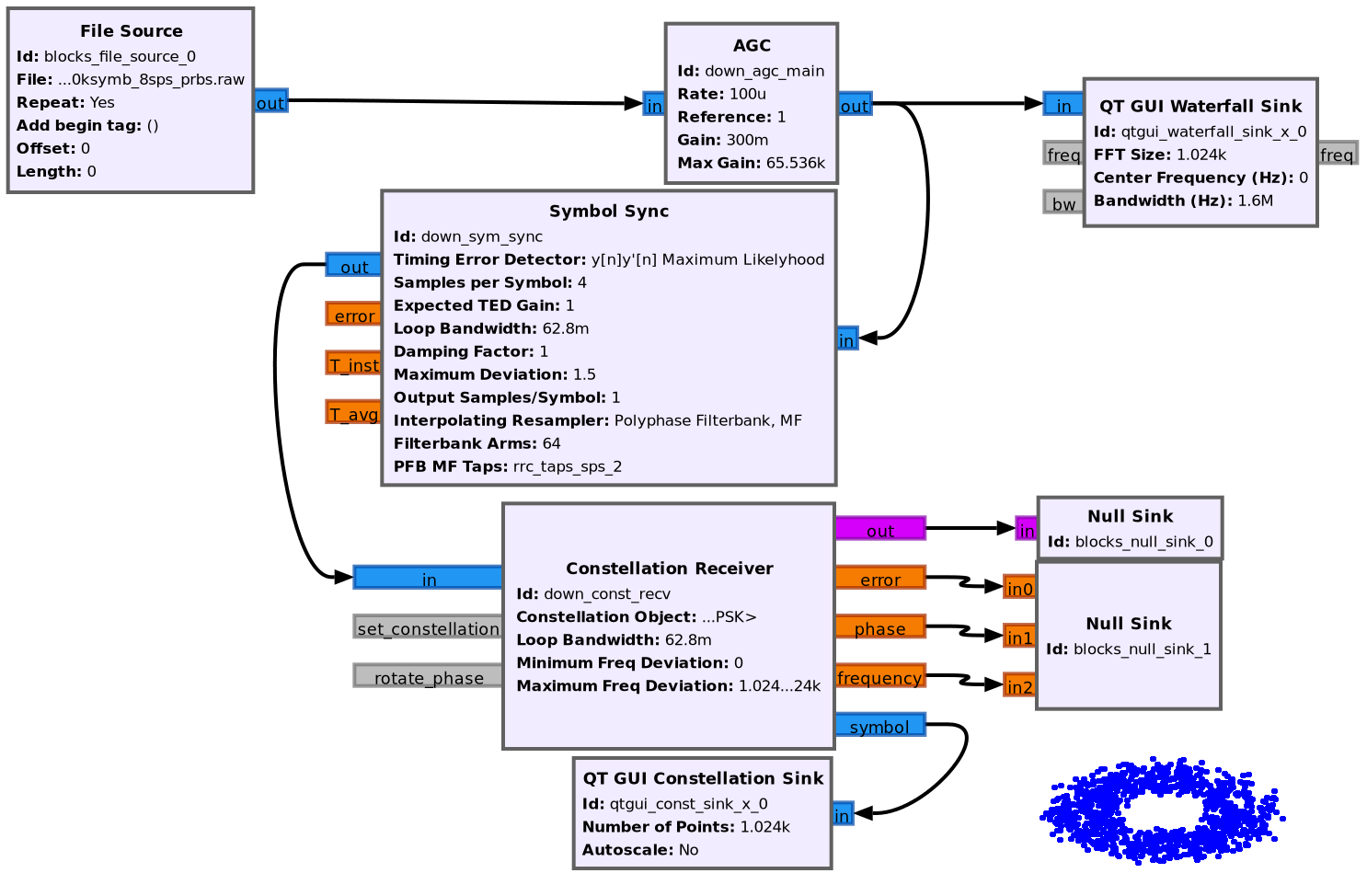 Browse other questions tagged gnuradio qpsk or ask your own question.