The system I want to build takes an analog video from two receivers (that are receiving from the same transmitter) and then combines the signals using equal gain combining (or maximal gain combining if a simple circuit exists to variably attenuator each signal).

My question is, how is this method practically implemented?

The best I've been able to find is that each analog signal is converted to digital and then has the gain adjusted before combining.

Thanks for any help you can provide.

(or maximal gain combining if a simple circuit exists to variably attenuator each signal).

Nobody does maximum gain combining in analog circuitry (at least as far as I know). That would require something to estimate your channel coefficient, calculate its inverse, and convert it to a complex gain for an analog element - after having probably already converted the received signals to digital signals, to even estimate the channel coefficient.

You simply do that math in your digital signal processing. A single multiplication doesn't "hurt" much.

Equal gain combining is indeed sometimes done in analog hardware, but it's then usually called "phase shifting for analog beamforming" and mostly done in analog, because the realization in digital domain is too expensive due to a very high signal bandwidth or antenna count, typically in radar systems. You're not in one of these use cases, far as I can tell.

My question is, how is this method practically implemented?

That can be explained, and it also hints at what you need to do when implementing this!

For any combining method to be useful, you need your video signal to take different paths to different antennas (otherwise: no diversity gain).

Now, since most video transmission things back when analog video was the dominant method were television, i.e. were done in an outside environment, there was a slight problem: The transmitter would typically be a tower that can be received with a mostly straight path by antennas on rooftops.

That doesn't really lend itself to any temporal diversity: that channel typically doesn't change over time.

Now, if there's more than one independent paths for multiple antennas attached to the same system, that typically means there's some big reflector (typically: mountain behind your receiver), and these paths overlay.

That introduces multipath into every antenna, typically: Let's say your analog TV signal was 6 MHz wide: at $c_0=3\cdot 10^8\,\frac{\text{m}}{\text{s}}$, that basically means that as son as the delay between different important paths comes into to the region of 50 m, you'll have a visible problem. For larger delays, it becomes such an important problem that it got a name: Ghosting.

You can see the echo!

Now, your combining system relies on the existence of multipath, effectively, because NTSC runs at frequencies and over distances where the antennas get to large to have multiple independent antennas in an indoor / handheld device. But if multipath occurs, this is what it looks like... Before gaining anything from diversity combining, in a real-world system, you'd first solve the multipath issue, because that's a severe problem.

Solving that effectively requires an equalizer. So you build an equalizer, which requires your receiver to know something about the transmitted signal, and then use that knowledge to estimate what a filter would look like that "reverses" the multipath.

Proving that this can be done is an early 1990's thing. Realizing that doing that on analog transmissions is more hassle than moving to digital signalling happened exactly at that point. So, to my knowledge, not a single analog video system with diversity combining ever hit a market.

But now you know what you'd need to do: first cancel echos, i.e. have an equalizer, for each antenna. Your combining techniques don't (or at least, not in their vanilla form) work at all if the channel is more than a complex coefficient – and a multipath channel is a complex impulse response, so you need to solve that first. After you've built an equalizer for an analog signal, you can then combine them.

Note that it's really a pain to equalize analog signals, especially things that aren't well-shaped. And NTSC really isn't a great candidate for that, there's very little that you can rely on to give you a channel estimate. That means your analog transmission needs to be slightly extended to include some kind of channel sounding sequence - and that essentially means you're adding something from a digital world (a known preamble) into your analog signal.

Let's assume you do that. (hint: TVs with such techniques did exist... you likely didn't have one. Early on, that was probably a "premium" feature, and when it became affordable, analog TV was on its way out.)

You do realize any modern transceiver, be it your digital TV, your smartphone, your wifi access point or your bluetooth thermometer, does that? The noise introduced by an 8 bit ADC will be laughably low compared to the noise you got in analog TV reception, anyways.

Now, this is a very hard question. The answer to that is: figure out the bandwidth of your signal, and build a complete receiver frontend (which is a pretty complicated thing at first) that can digitize that bandwidth (Nyquist tells you how much sampling rate you need; if this is news to you, you'll have to read up on digital signal processing first). But that's just a lower limit: what ADC you pick depends on how much effort you want to spend on analog filters, what your system's digital interfacing looks like, what skills you have with FPGAs (you can't just plug an ADC into your computer)....

Effort-wise, and probably even financially, you'd just buy an SDR device instead. In these bandwidth regions, things like hackRFs, bladeRFs, even LimeSDRs become pretty affordable; I personally like (but also: am affiliated with) the Ettus product line of USRPs better. You'll need two channels that are synchronously sampled.

Now, after that you'll need to invent a viable method of adding some channel-sounding sequence to your NTSC signal (standard NTSC won't do!), then you need design an equalizer in your digital signal processing, then you can throw your combining at things.

Uff. At that point, really, moving to digital video would have saved you a lot of effort: First of all, digital terrestrial TV systems solve the multipath issues, typically through multicarrier (specifically: OFDM) methods. That directly gives you something you can combine.

Now, look at the quality of images that NTSC offers: you get interleaved video with around 525 lines... After applying a very well-intending smoothing filter to make things look less ugly, something like this: 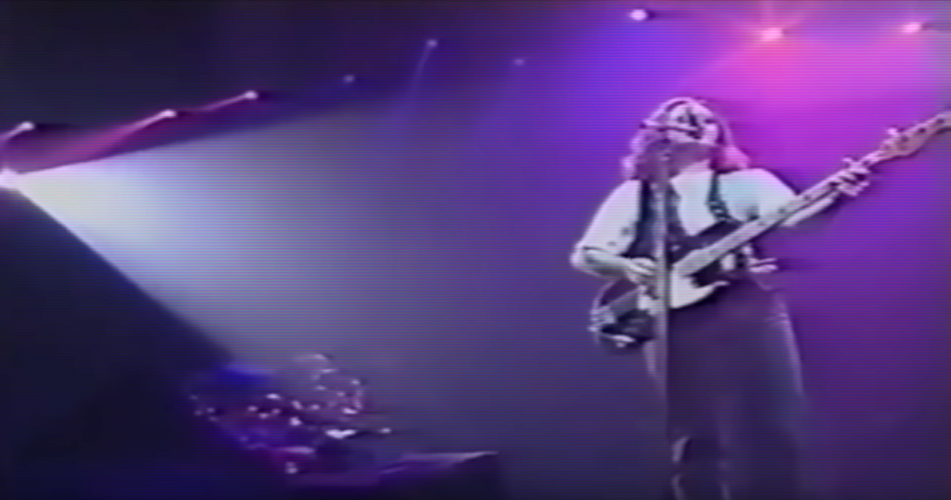 Honestly, for the same video quality, you'd have to use far, far less bandwidth if you threw digital video encoding at the problem, you'd get a digital receiver, which is way easier to deal with if you're equalizing, and it's kind of not technology that's not been dead as a doornail for 20 years; I'd drop the NTSC requirement, and plug together something narrower in spectrum using the DVB blocks that come with GNU Radio (which I'm also affiliated with).

That gives you digital transmitter whose output you can either plug into a transmitting SDR (see above) or you can use in a simulation (which I strongly recommend before dealing with RF, because that opens up a completely new box of problems, like non-reproducibility of channel realizations).

You can use GNU Radio then to simulate your different channels, and then combine the resulting signals, to your heart's delight. GNU Radio's DVB toolbox brings both the transmitting as well as the receiving side for digital video broadcasting standards (and arbitrary modifications of these standards), and you can omit e.g. the channel coding and decoding for your experiments.

Not the answer you're looking for? Browse other questions tagged analog video diversity or ask your own question.