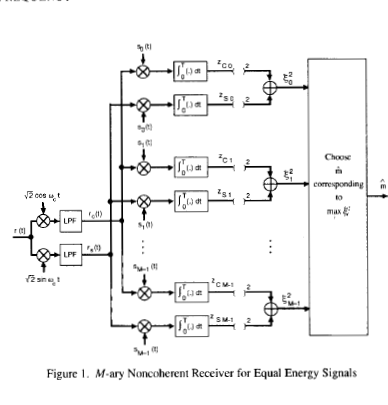 This is a basic figure that explains how Non-Coherent FSK actually works. The incoming signal

where P denotes the signal power in Watts, $T$ denotes the symbol time in seconds, $f$, $i$ $s$ the carrier frequency in Hz, Also, n(t) denotes the AWGN with single-sided power spectral density $No. T.

Eventually in $fc$ terms are canceled out by low -pass-filters and we are left with other terms.

I tried to solve it by putting r(t) into equation-1 and integrated it. The end result is this

Similarly to the quadrature integrator output $Zs,k$ the end result is

My question is what happens to other integrators where the miss-matching occurs, how we get 0 from it. As this is Non-coherent FSK and spacing is $1/T$ so should we put 1/T instead of fi-fi in equation-1 and 2 to get zero from these orthogonal functions? like the same equations, 1 and 2 now become? 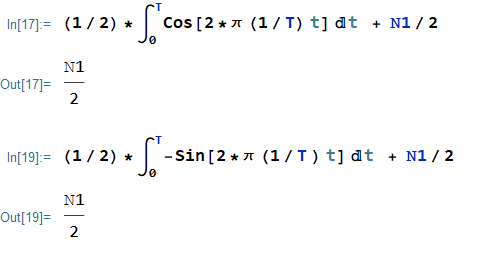