Doing a camera calibration of an extremely distorted camera ( wide-angle ) the OpenCV gives us the rogdriguez and the transpose vectors of each image used in the calibration process. How do they do this?

Assuming I have a distorted image of a planar target with blobs on it I want to find the target orientation.

In undistorted case it is easy to determine its orientation by using the cv2.findHomography function.

One idea I had was to take a center 4 blobs close to the middle of the image hoping that the distortion in the middle of the camera was not pronounced as it is further away but I think this did not yield a precise homogropahy similar to the one that was found by the OpenCV.

The sample image is this one : 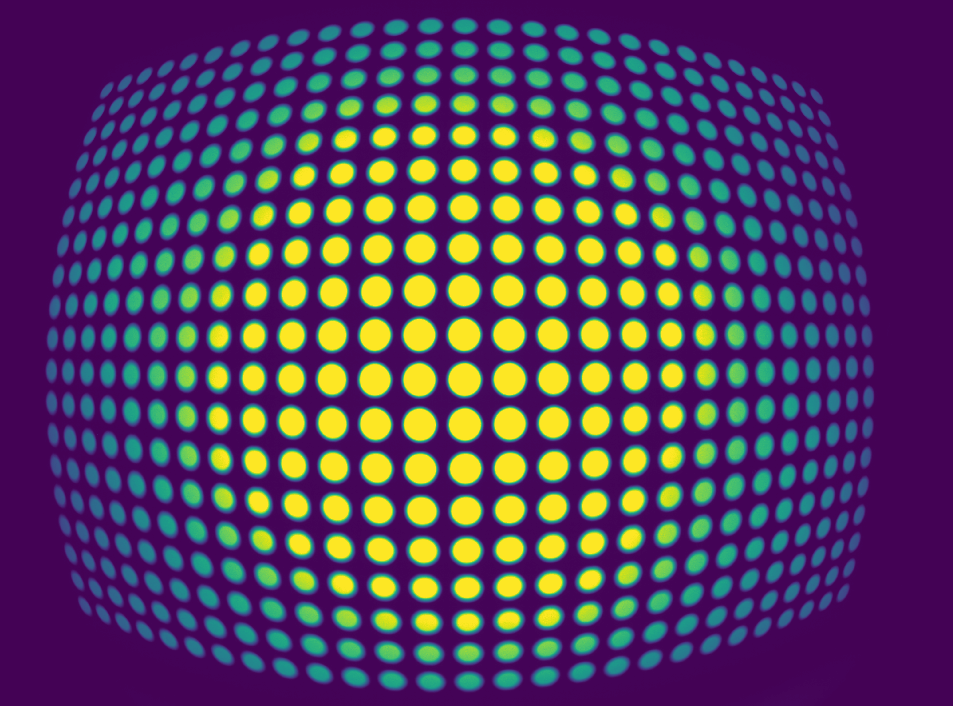 (this is a screenshot of the image, because the original image is more than 100 mBytes in size).

13
How to compute camera pose from Homography matrix?
5
Estimating Plane Pose Without Knowledge of Intrinsic Camera Parameters
1
Does accurate translation estimation using a camera matrix mean the orientation estimation will also be accurate?
9
Is it possible to hack camera calibration without having access to the camera?
3
Obtain motion between image features by means of the homography matrix
0
Which pattern (circle pattern or checkerboard pattern) should be used for automotive camera calibration (fisheye/wide webcam)?
2
How should calibration points be distributed?
0
the position of image plane in optical imaging
0
Understanding legacy code: Algorithm to remove radial lens distortion