I am implementing the moving average filter in Matlab. Using fvtool on this filter, gave the following output curve, is this group delay curve correct?

I implemented the filter using 'FilterDesigner' tool in matlab (In which, filter dimensions can be specified in the GUI, which then handles the code itself) Attaching a screenshot of the tool window with filter parameters. 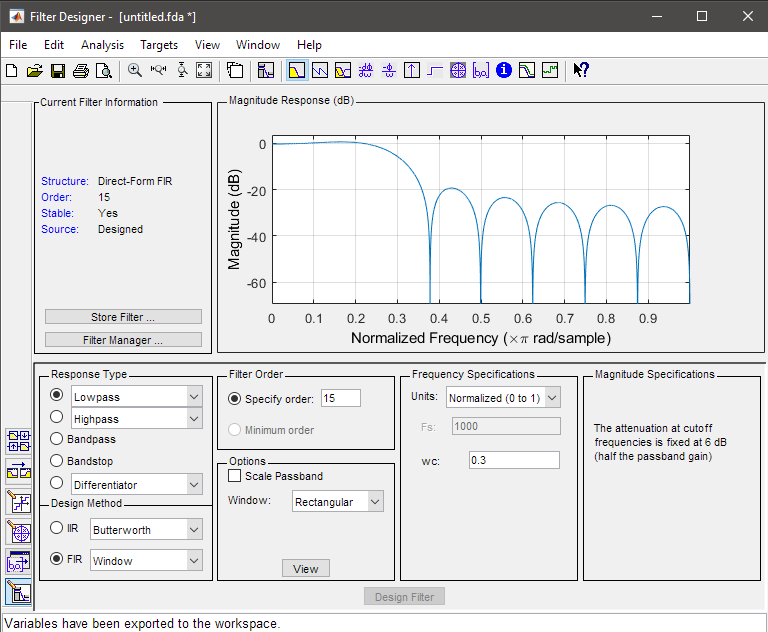 After which I exported this filter as an object called 'Hd'

To plot the filter, I did -

Which resulted in the curve above (figure 1)

However, in your plot, the group delay is half of the window size, so I expect that what is called 'window size' actually equals $N-1$, i.e., the number of taps minus $1$.

Not the answer you're looking for? Browse other questions tagged matlab filter-design moving-average group-delay or ask your own question.